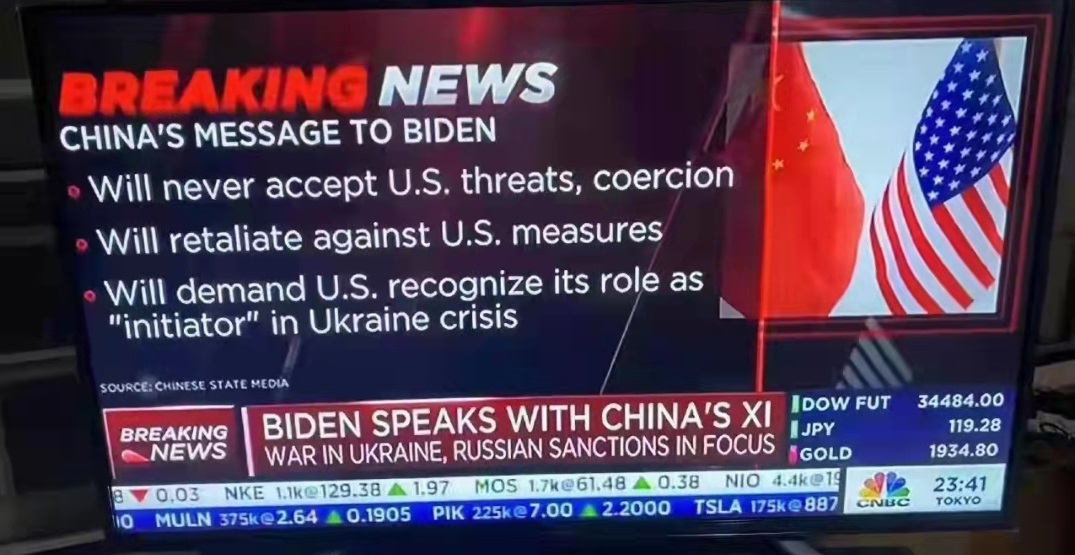 Pictured above: Western hubris and arrogance know no bounds. The good news is thanks to Ukraine, those days are rapidly coming to a close!

lMPORTANT NOTICE: techofascism is already here! I’ve been de-platformed by StumbleUpon (now Mix) and Reddit. I am being heavily censored by Facebook, Twitter, SoundCloud and YouTube. It’s only a matter of time before they de-platform me too. Please start using Brighteon for my videos, then connect with me via other social media listed below, especially VK, Telegram, Signal, Parler, Gettr and WeChat, which are not part of the West’s MSM Big Lie Propaganda Machine (BLPM).

YouTube is banning and censoring millions of people, videos and channels, including me, so please boycott it and watch on Brighteon above.

Ukraine is an historical tipping point, like World War I and II. Those two horrific, Western planned infernos were to decide which imperial countries were going to carve up the developing world and where (https://chinarising.puntopress.com/2021/06/21/david-pear-discusses-all-his-research-and-reading-about-who-and-why-wwi-was-started-then-prolonged-msm-and-your-textbooks-are-all-lies-china-rising-radio-sinoland-210621/). Today’s tipping point is good news for Planet Earth, which is forever changed for the better – much, much better for the global 99%.

The summary of talking points shown by CNBC says it all. Baba Beijing, its 1.4 billion citizens, Russia’s leadership and its 144 million citizens are saying to hell with Eurangloland’s 500-year colonial, imperial and genocidal domination of the world’s natural and human resources. So are many more countries (http://chinarising.puntopress.com/2018/01/06/slavs-and-the-yellow-peril-are-niggers-brutes-and-beasts-in-the-eyes-of-western-empire-china-rising-radio-sinoland/). 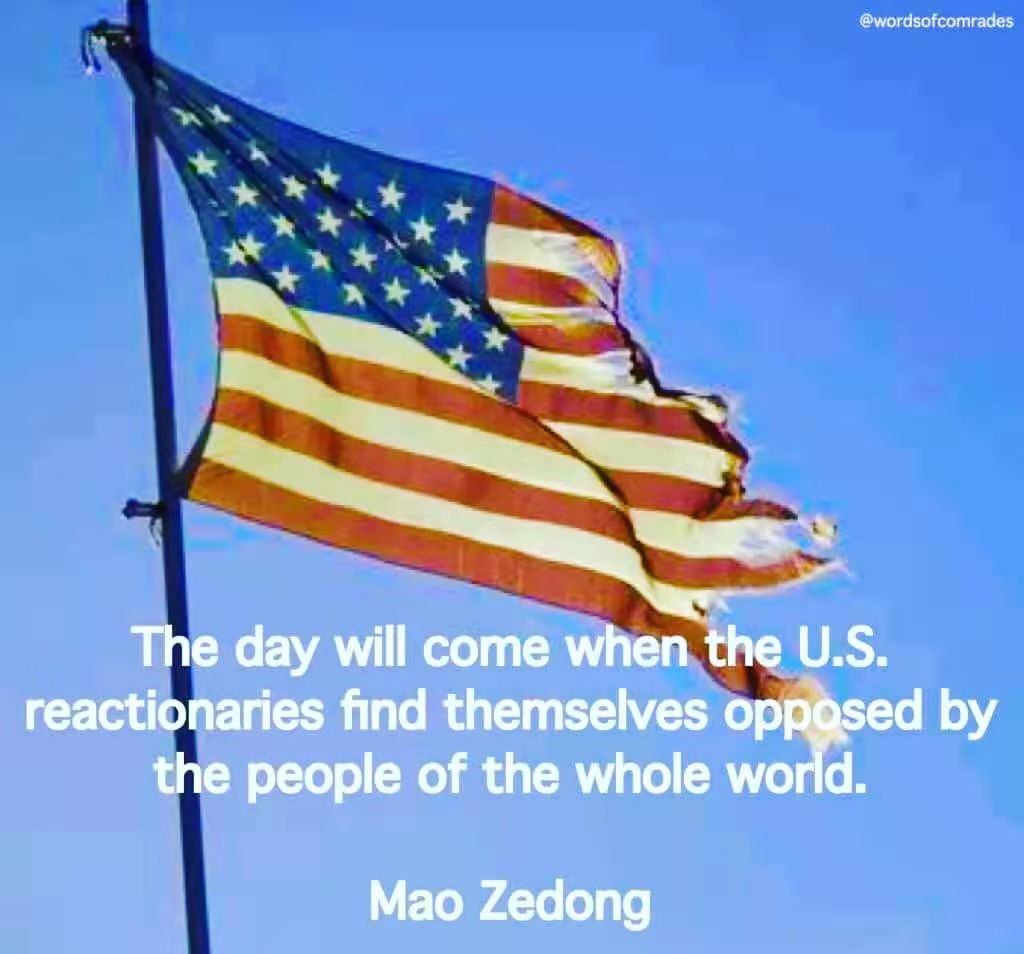 Mao Zedong said it best. He was one of 20th century’s greatest visionaries and few understood Eurangloland like he did (https://chinarising.puntopress.com/2021/12/26/merry-maomas-mao-zedong-was-born-128-years-ago-today-china-rising-radio-sinoland-211226/),

The day will come when the U.S. reactionaries find themselves opposed by the peoples of the whole world. – Mao Zedong

I have always said that even Chinese who are not wild about Mao agree with his worldview. He said,

Global capitalism is evil, global imperialism is evil and they both must be defended against and defeated.

Thanks to the Ukraine War, which was started by Western capitalism and imperialism in 2014, Mao’s wishes are being brought to fruition. The Occidental pox on humanity, with its millennial Six E’s of Racism,

Is starting to unravel. After 500 years of slaughtering billions of humanity’s 99% and stealing their natural resources in the trillions of dollars/euros, Eurangloland’s decline and fall will now pick up pace, something I’ve been writing and reporting on for years (https://chinarising.puntopress.com/2019/09/02/belt-and-road-initiative-bri-donald-trump-and-the-falsity-of-imperialisms-narrative-why-bri-is-the-perfect-opportunity-for-china-to-neutralize-500-years-of-the-wests-racist-super/).

Be that as it may, equipped with their reptile brains and that same old, tired playbook, their arrogance still knows no bounds. Here is what the USA says happened during Biden’s and Xi’s 2-hour video call this week,

U.S. President Joe Biden spoke to Xi Jinping on Friday, warning the Chinese leader not to provide material support to Russia’s invasion of Ukraine, a day after Biden’s top diplomat acknowledged that Washington believed Beijing is willing to provide such support.

The video call – the first conversation between the two leaders since the invasion – lasted almost two hours, according to the White House. In the call Biden detailed the potential “implications and consequences” should Beijing move to provide material support to Russia.

Administration officials refused to publicly detail what those consequences might be (https://www.globalsecurity.org/wmd/library/news/china/2022/03/china-220318-voa01.htm).

It is clear by the CNBC summary that Biden’s bullyboy chest beating will no longer work.

Here is Russian Foreign Minister Lavrov – to the question “Why couldn’t the situation with Ukraine be resolved peacefully”? His answer,

Because the West did not want to solve this situation by peaceful means. This is not about Ukraine at all. Or rather, not so much about Ukraine, but about the world legal order. The United States took over the whole of Europe. Under Biden, the United States set itself the task of subjugating Europe and achieved its unquestioning adherence to the American course.

The current crisis is a fateful moment. This is an epochal moment in modern history. It reflects the battle over what the world order will look like. A misunderstood sense of one’s own infinite superiority also prevails in the situation that we are considering. Building a world in which the West will lead everything with impunity and unquestioningly. There’s a lot of speculation that Russia is being pushed right now because it’s the last hurdle to get past before China gets involved. This is simply said, but there is a serious truth in it. Why couldn’t it be solved by peace? We have been proposing to solve this amicably for many years.

Russia is under no illusion it can rely on the West again. The West is completely dominated by the United States and the European Union is largely powerless. If there was any illusion that we could one day rely on our Western partners, this illusion is no longer there… Moscow will never accept a world order dominated by the United States. What the Americans want is a unipolar world which would not be like a global village, but like an American village… Many countries such as China, India and Brazil do not want to be ordered around by “Uncle Sam”, acting like a sheriff seeking to call all the shots in a saloon bar…

I am sure the cabinets of Biden, Johnson, Macron, Scholz, Trudeau, Morrison, Ardern, Kishida and all their fellow imperial ventriloquist dummies saw this publication,

It was released all over Russian and Chinese media on 4 February 2022, 20 days before Russia decided to put an end the Ukraine War, started by Eurangloland in 2014.

These Western tools of the 1% of course saw it, but they were blinded by their Western Six-E’s of Racism.

Here is the executive summary and then the full 16-page statement to download below,

Relations between Moscow and Beijing

2 thoughts on “Xi and Putin tell the West to go to hell. Mao Zedong’s worldview now rules in both countries and beyond. China Rising Radio Sinoland 220327”