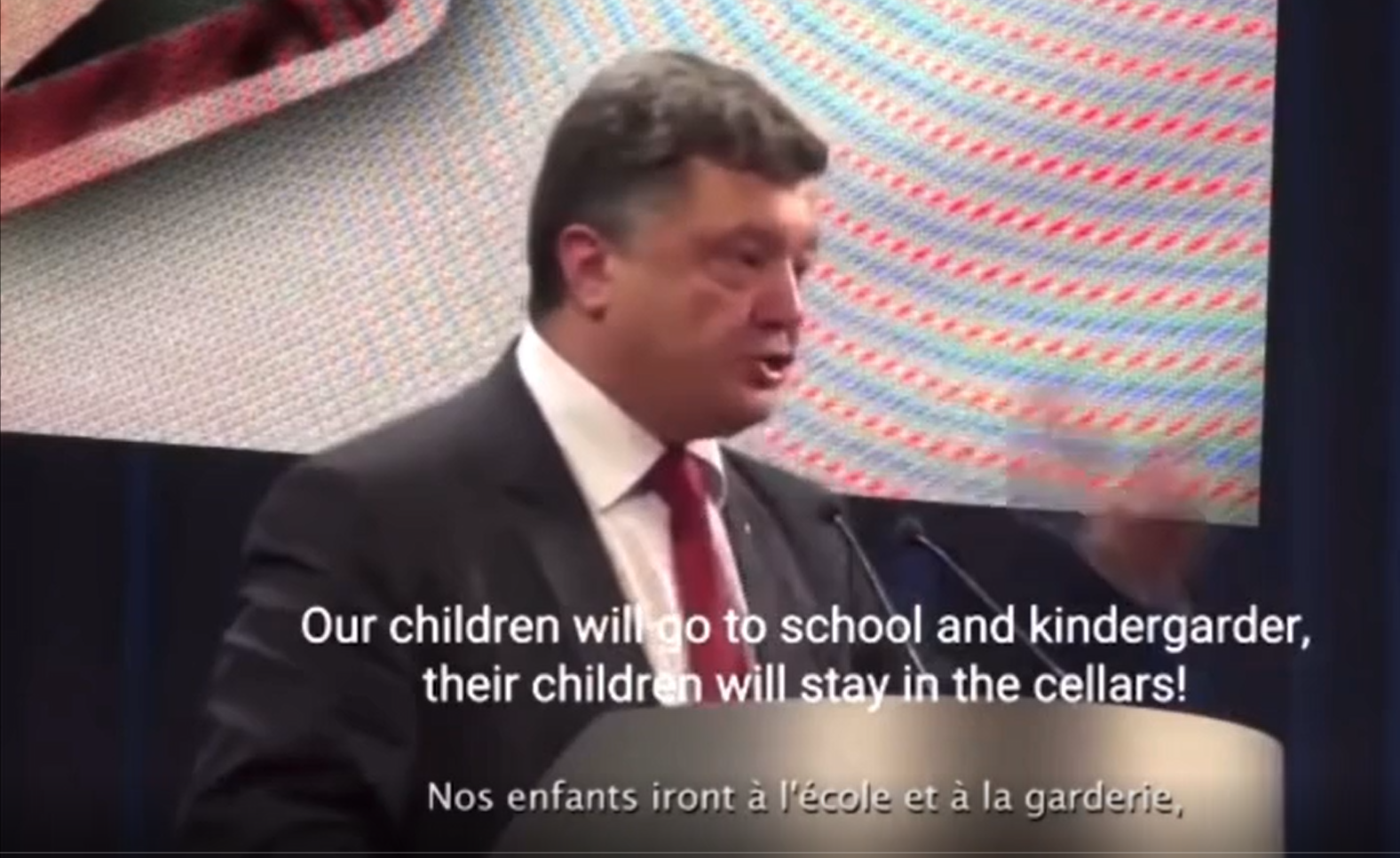 Pictured above: Petro Poroshenko, the fascist criminal whom the West installed as president of Ukraine in 2014, which started the genocide and ethnic cleansing of Russophones there. Since 2019, current president Vladimir Zelensky has kept the extermination in full force.

Brighteon, iVoox, RuVid, as well as being syndicated on iTunes, Stitcher Radio and Reason.fm (links below),

Don’t miss a beat! Sign up for my FREE email newsletter…

I will post EVERYTHING I produce on my Telegram channel, including other people’s work, so subscribe there too, for more frequent updates,

In 2015, A.-L. Bonnel, then still a very young French documentary filmmaker, journalist, lecturer at the Sorbonne, at the behest of her heart, went to Donbass to accompany her father, a Ukrainian by birth. At the height of the war, she captured horrific footage of the Nazi regime’s punitive operation and the unprecedented humanitarian catastrophe associated with it. In his journal, the author comprehensively touches on the conflict. The French director gathered the detained people who met by chance during the trip.

A.-L. Bonnel emphasizes that while working on the film, she completely focused on human destinies and the reverse side of the war, leaving the political context behind the scenes.

A journalist-researcher, she penetrates the everyday life of the civilian population: it is they who become the main victims of the conflict.

A.-L. Bonnel managed to capture the scars and wounds on human souls, invisible to the naked eye, but engraved in the minds and hearts of the civilian population: fear, mourning, chaos. The director experienced the horrors and losses of the bloody conflict: during the filming, a member of her technical team was kidnapped and killed.

During the 11 months of work of A.-L. Bonnel, Ukrainian Army’s military operations in the east of Ukraine caused the death of more than 10,000 civilians in Donbass.

With lively and authentic filming, Donbass resembles a road movie created in search of lost values. However, according to the director, her work is, first of all, a metaphor for war, which is considered “in the human dimension” without political considerations. It was with this appeal that the film was presented at the festival “Au cœur des Droits Humains”, the International Human Rights Documentary Film Festival.

“We must be able to resist any violence that a person is capable of, and not forget what war does to people,” says A.-L. Bonnel.

The buck stops with YOU. If you don't share this, who will?
Categories: Jeff J. Brown, Podcast, Radio Sinoland, Russia, The China Trilogy, US Empire
| Tags: Extermination, Fascism, Genocide, Nazism, Ukraine