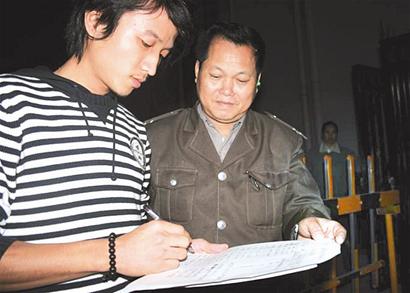 Pictured above: A Chinese citizen being surveyed by a pollster, on the streets of China. It happens thousands of times a day, by the world’s biggest polling organization, the Communist Party of China. (Image by baidu.com)

Last night, China Rising Radio Sinoland held its first “Discussing All Things China” salon, which was a lot of fun and very informative. One participant said that (international) polls showing a high level of approval by the Chinese people for their government (which means the Communist Party of China, CPC) cannot be trusted, because they are fearful of telling the truth. I tactfully did not say so, but I felt this was very condescending to 1.4 billion members of the human race; and hmm… never mind the 300-500 public protests here every day of the year, demanding that the government fix what is not right, and which Baba Beijing takes care of, if the protests have merit.

My Beijing neighborhood committee and town hall are constantly putting up announcements, inviting people of a certain grouping (renters, homeowners, over 70, women under 40, those with or without medical insurance, retirees, etc.), to answer surveys. The CPC is the world’s biggest pollster for a reason. Baba Beijing wants to honor its Heavenly Mandate and keep society harmonious and cooperative. China’s democratic dictatorship of the people is highly engaged at the day-to-day, citizen-on-the-street level. I find it much, much more responsive and democratic than the the travesty dog and pony shows acted out in the West, and I mean that seriously. I know, because I live in a middle class Chinese community and talk to them all the time.

Here is a prime example: The United States and Europe are becoming more and more fascist by the day. In America now, people rightfully are scared to death, literally, to call the police, because the chances of getting shot dead or beaten to a pulp are very real. The US police state is murdering 1,000 innocent citizens a year and climbing, with nary any repercussions on the psychopathic cops involved. President Obama wrings his hands and meekly complains that this should not be happening. The slaughter continues to increase by the day. In China? President Xi Jinping gave a speech complaining about the Chinese “police’s unregulated, unjust, and uncivilized conduct”. How did he know? From local government polls, for sure. What’s going to happen? The Minister of Public Security, Guo Shengkun,

…asked police from all levels to focus on the outstanding problems. Any unregulated, unjust, and uncivilized conducts will be rectified and eliminated. Law enforcement basis, procedures and activities shall be regulated to ensure that law enforcement power is bind [sic] by the institutional framework. Strengthened supervision will be put on police, said Guo at the meeting, stressing to seek the responsibility of law enforcement handling each case. Any police who violate the discipline or law will receive serious punishment. (http://en.people.cn/n3/2016/0522/c90000-9061222.html)

In other words, Western style Robocops are persona non grata in Sinoland. This is China’s communist democratic dictatorship of the people in live action, working for their benefit and safety.

I wrote an article about this in my new book China Rising: Capitalist Roads, Socialist Destinations, coming out from Punto Press, by the end of this month. The bottom line is the Chinese like to grumble about the status quo, like every other citizen around the world. But at the end of the day, the Communist Party of China is largely respected and appreciated by the Chinese people, at levels the West’s corrupt, larcenous and imperial governments and their leaders can only dream about. It’s not a paradise over here. Still, Baba Beijing is working hard to make it that way for the vast majority of its citizens.

Thanks to Godfree Roberts, at In Praise of China, http://www.inpraiseofchina.com/ for compiling these hyperlinks:

2009 Chinese governance seen through the people’s eyes. Survey by Professor Tony Saich of Harvard University: “I surveyed some 4,000 respondents on their attitude towards government….95.9 per cent were either relatively or extremely satisfied with the central government.”
http://www.eastasiaforum.org/2…

Pew Government Approval: “Nine-in-ten Chinese are happy with the direction of their country (87%), feel good about the current state of their economy (91%) and are optimistic about China’s economic future (87%).” – Pew. 2010.
http://www.pewglobal.org/2010/…

83.5 percent of Chinese thought their country is run for all the people, rather than for a few big interest groups, whereas only 36.7 percent of Americans thought the same of their country. With this relatively higher trust, China’s government and enterprises are better able to enact and implement strict policies that promote saving and growth. http://www.wvsevsdb.com/wvs/WV…

According to the Pew Charitable Trusts, “Nine in ten Chinese are happy with the direction of their country (85%), feel good about the current state of their economy (91%) and are optimistic about China’s economic future.”
http://www.pewglobal.org/2013/…

According to the Edelman Trust Barometer, 80–90% of Chinese trust their government, the highest trust level of any national government.
http://www.slideshare.net/Edel…

One thought on “China has the world’s most popular government – for a reason. China Rising Radio Sinoland 20160522”