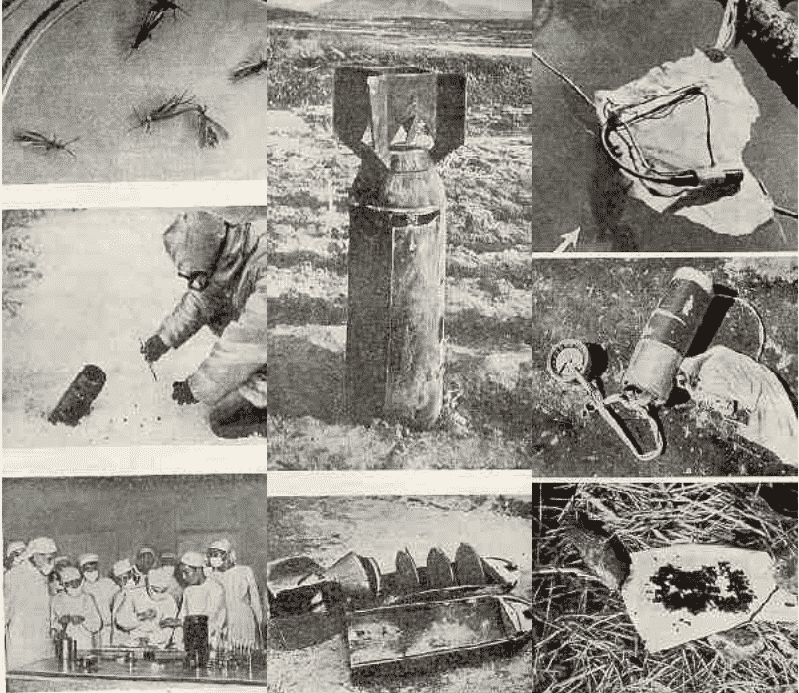 Pictured above: a montage of photographs taken during the Korean War, showing America’s blatant use of bacterial warfare.

[dropcap]K [/dropcap]evin Barrett, host of Truth Jihad talks with Tom Powell and Jeff J. Brown, two co-founders of the newly created American Bioweapons Truth Commission (ABTC) and its forthcoming Global Online Library (ABTC-GOL http://chinarising.puntopress.com/2018/03/12/noose-of-truth-is-tightening-around-milton-leitenberg-co-s-collective-neck-china-rising-radio-sinoland-180310/). The US blatantly used bacterial weapons on Korea and China, during the West’s genocide on that peninsula, 1950-1953, and the nightmare has been viciously censored and suppressed ever since.

Until now, thanks to the ABTC-GOL, which will rectify Western propaganda, expose these grotesque crimes against humanity, speak truth to power and demand justice for the millions of victims. The ABTC-GOL will prove to be a history changing catalyst and institution.

Like China Rising Radio Sinoland, Truth Jihad is a fraternal website exposing the lies and crimes of Western empire. I have contributed to Truth Jihad. Please consider doing so, as well as here: