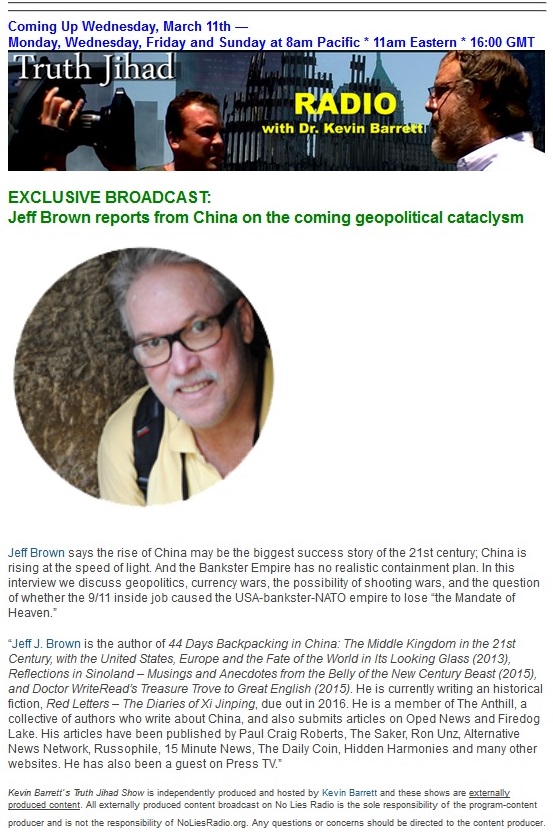 
Join Jeff in Beijing for his China Rising Radio Sinoland Show. He discusses news and events about China, at home and around the world – information you almost never see and hear behind the Great Western Firewall. China is way too important to not have an insider’s perspective on how its leaders and people are shaping and moving the 21st century. This show clocks in a full info packed hour, so brew up a pot of coffee or tea, sit back, relax and get smart.

This week, Jeff was the guest of Dr. Kevin Barrett, who is a popular talk show journalist on No Lies Radio and Truth Jihad Radio.