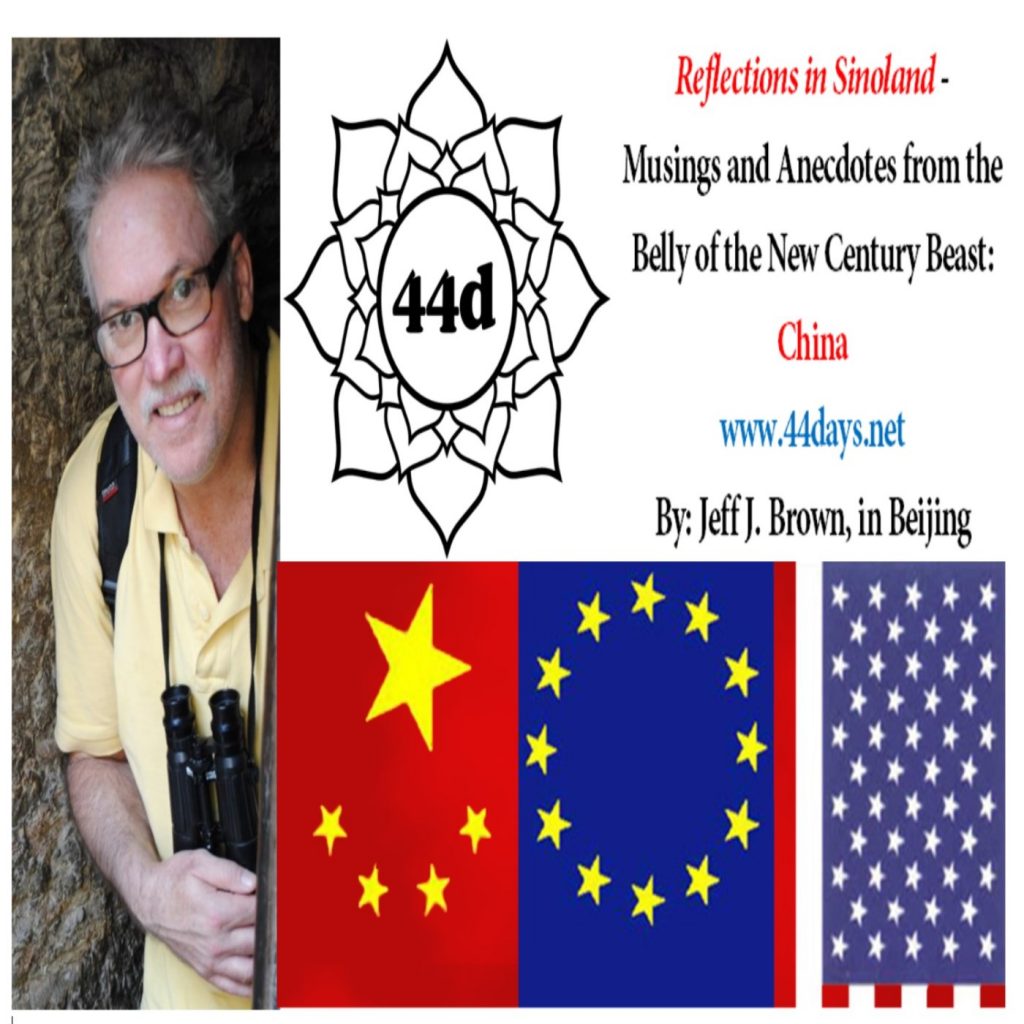 Pictured above: Here I am recording my very first radio podcast! I was nervous as hell!


Join Jeff for his first Radio Sinoland Show. He discusses news and events about China that you almost never see and hear behind the Great Western Firewall.

In this program, Jeff talks about the International Space Station (ISS), Russia as China’s indomitable ally, in the face of American Empire, China’s just concluded National People’s Congress (parliament/legislature); the UK, France, Germany and Italy all joining China’s new Asian Infrastructure Investment Bank (AIIB), much to the anger of the US; Henry Kissinger visiting Xi Jinping in Beijing, China selling off some its US Treasury bills, and the timeline of the US dollar’s eventual collapse.