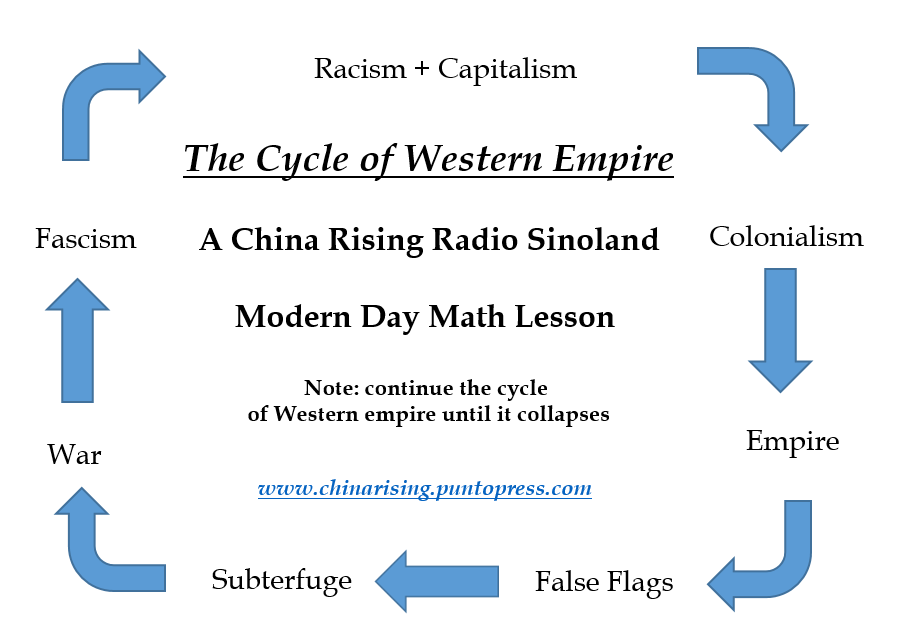 Pictured above: Western Empire visually portrayed in its unvirtuous cycle…

Downloadable SoundCloud podcast (also at the bottom of this page), as well as being syndicated on iTunes, Stitcher Radio, RUvid and Ivoox (links below),
Best enjoyed while author and geopolitical analyst Jeff J. Brown explains the Cycle of Western Empire here, in a quick five minutes:

… Continue the Cycle of Western Empire until it collapses.