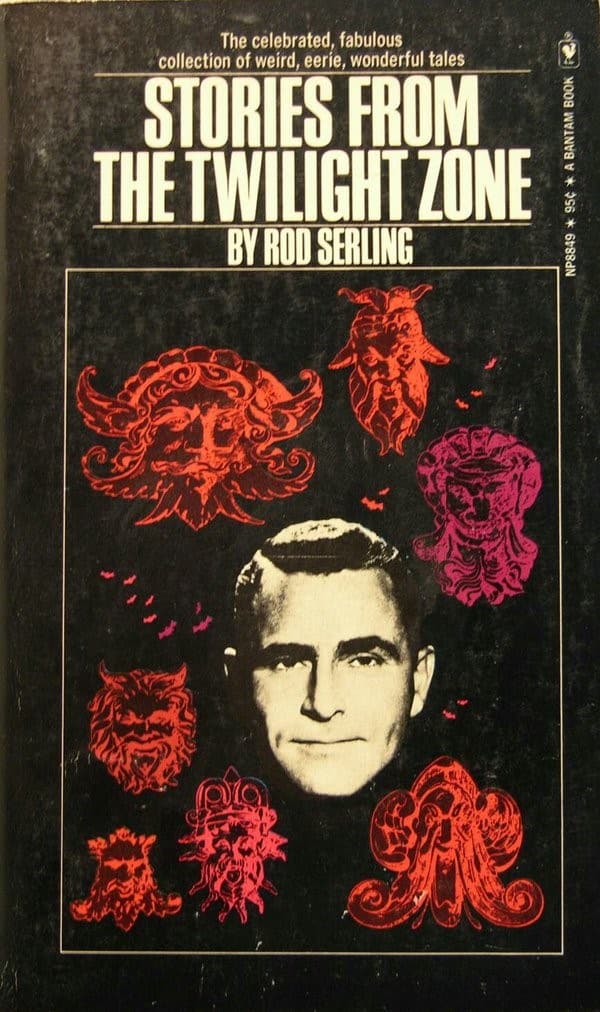 Pictured above: Rod Serling was the creator, producer and main screenwriter for his celebrated 1940s-1960s radio and TV shows, including the Twilight Zone. A committed leftist, he suffered regular censorship and was a fierce activist against racism, McCarthyism, the Vietnam War, nuclear weapons and censorship. He was an eloquent and creative voice against American empire. (Image by baidu.com)


Crosslinked with The Saker here: http://thesaker.is/twilight-zones-on-planet-earth/

It has been instructive to travel this summer and get out of China for a while. What is apparent to me, as I read national newspapers and international magazines along the way, is that humanity is living in two parallel worlds, and for the most part, they are mutually exclusive. Rod Serling, the producer of the 1950-60s science fiction television show, Twilight Zone, could not write a more dimension bending script.

On the one hand, the majority of the world’s people are living in Empire World. Their perceptions are molded and manipulated by the West’s owners, those elites (and their army of enablers), who make up the top one-tenth of one percent of the economic and political pyramid. In Empire World, Planet Earth is portrayed as a very scary place, full of monsters, demons and their evil leaders, who are all hell bent on threatening the “established order”.

This Western status quo is depicted as a shining beacon on the hill, towering over the rest of the world’s people, nobly imposing its superior history, civilization, culture, goodness, capitalism, justice, rule of law and civil society on the human race. The subtle message is that non-Westerners who are not empire’s obedient servants are thus ahistorical, uncivilized, uncultured, unjust and lawless savages. This racist propaganda is so ruthlessly pervasive and effective, that most of Planet Earth’s non-Westerners suffer from terrible inferiority complexes and accept their status as second class citizens, in the face of Eurangloland’s relentless juggernaut.

This 85% of humanity, mostly dark skinned and surviving from day to day, are brainwashed into fatalism. It’s their fault that they only own a tiny fraction of their country’s wealth and have little to no control, nor the means to do something about it. They keep telling themselves, “If only…”, “Once I…”, “Except for the fact that…” The vast majority of them don’t even recognize that they and their inherited natural resources are being exploited by Western imperialism and its client state elites, with its noxious cocktail of racism, capitalism, colonialism, false flags, war and fascism (see http://chinarising.puntopress.com/2016/03/27/the-cycle-of-western-empire-a-china-rising-radio-sinoland-modern-day-math-lesson/). Even though they are victims, talking about these components of imperialism is often met with disbelief or denial. The notion that the West is an empire and that colonialism and fascism are alive and thriving in their countries just does not register. Fascism was vanquished in 1945 and colonialism was finished in the 50s-60s, with all the people’s countries gaining their “independence”, right?

Yet, it is perfectly normal that Eurangloland has over 1,000 military installations around the world, that it can freely invade or bomb any country it wants, secretly or in the open, in the Americas, Africa, Asia and even Europe. It is okeydokey that Israel and NATO commit horrific war crimes and genocide, nonstop with total impunity, while Western NGOs, banks, corporations and institutions plunder this 85% and their rightful wealth. The mentality of most of the world’s non-Western peoples is like that of a rape victim,

It’s my fault, I deserve it. And I realize that I should, but it is not worth trying to seek justice, since the system is rigged, even though by not fighting back, this psychopath will continue to rape others.

Then there are those countries living in the reality of another Twilight Zone. They see the world differently, at least among their leaders and most of their citizens. I call this group the “Anti-West”. It includes Russia and its Collective Security Treaty Organization (CSTO), China and its Shanghai Cooperation Organization (SCO), North Korea, Iran, Syria, Eritrea and the Bolivarian Alliance (ALBA) in the Americas. The fact that many of these countries are officially communist or socialist is telling, as these political systems are the only two that have historically opposed Western imperialism and its aforementioned cocktail of destruction and mayhem.

However, as we have seen recently in Venezuela, Brazil and Argentina, among their political parties and elites, there is a significant percentage of their national populations who drink from the poisoned chalice of Western empire and swallow all that “beacon on the hill” propaganda, as irrefutable gospel. They call themselves “freedom loving”, “capitalists” and “libertarian”. For maybe a few extra crumbs of the colonial pie, they are more than willing to turn their country into a socioeconomic hell hole and Western client state. Most are not even thinking on that level, they just want to emulate super-consuming Westerners and live a more materialistic existence. Ironically, the West is rich only because of its massive theft of these people’s wealth, via its colonial empire. These subversive victims create their own, perverted Twilight Zone alongside the Eurangloland version. They are often called the “fifth column”, being self-serving termites, who are happy to bring down their nation’s tree of commonwealth, for a belly full of wood (see http://chinarising.puntopress.com/2016/06/13/5th-column-attacks-on-china-or-a-sino-new-world-order-china-risings-jeff-j-brown-shadow-of-truth-160611/).

The Anti-West has its own propaganda, media, political parties and systems, all flailing away at the overwhelming dominance of colonialism. While the West sees them as threatening monsters and demons of evil, the Anti-West lives in its own, opposing Twilight Zone reality, cooperating and aligning together, while building metaphorical and real bridges of commerce, infrastructure, connectivity and transportation.

The Anti-West is succeeding in all these categories, except in the propaganda and media departments. Yes, it has RT, Telesur, Press TV and China Daily, but the truth is that they are like blood starved fleas on the rump of a raging bull elephant. The West’s soft power and cultural suzerainty totally rule across the planet. Millions of Chinese, Russians, Iranians and ALBA citizens (fanatically) follow Western sports teams, musical artists, Hollywood, television, press, media and fashion. In the background, they underestimate the linguistic hegemony of English, which is the global language of empire. They often don’t make the connection between their countries’ struggles for financial and political independence, freedom from exploitation and aggression, with the Western soft power that they crave. It is as deadly as stealth bombers. Why? Because that’s how the human brain works and the resulting feelings of victimhood, inferiority and powerlessness, which take root.

Western governments, spy agencies, corporations and media work in well-coordinated lockstep to blanket humanity in a fog of withering and highly effective propaganda. It brainwashes the vast majority of world citizens into consumer nihilism, self-satisfying numbness, apathy and helplessness. Neil Postman wrote angrily about this, in his classic takedown of Western soft power, “Amusing Ourselves to Death” (see http://neilpostman.org/).

China and Russia have already officially joined hands to create a cooperative media effort. Last month, they held their huge Far Eastern Media Summit in Vladivostok, inking numerous agreements (see  http://english.sina.com/news/2016-06-10/doc-ifxszmnz6986152.shtml and http://tass.ru/en/society/880965). It was actually the third summit, the first one taking place in 2014. But this is not enough. Remember those blood starved fleas on the rump of Western empire’s raging bull elephant. Russia and China may tower against the West in the spheres of economy, military, science and technology. But in terms of propaganda and media, they are on the same, humble level as Iran and Venezuela.

Thus, in order to stand up to the West’s global propaganda behemoth, they need to expand their media summit and deal-signing concept, to include all of their allies in the Anti-West. I can die trying to find Press TV, Telesur and RT on cable or satellite in China and I suspect the same problem exists in all these countries. But, I can damn sure get my brain lobotomized by an endless stream of Fox News, CNN, MSNBC and BBC, in even the remotest corners of Latin America, Africa and Asia.

This has got to change. China’s and Russia’s Presidents Xi Jinping and Vladimir Putin can sign all the commercial, military, educational and S&T deals they want, together and with their Anti-West brethren, but around the world, these success stories are heavily censored and distorted behind the Great Western Firewall (see http://chinarising.puntopress.com/2016/03/02/the-xi-putin-honeymoon-is-over-now-its-time-to-make-the-china-russia-marriage-succeed-long-term/). SCO, CSTO, ALBA and all other Non-Aligned Movement (NAM) countries with state-owned media concerns need to meet regularly and sign tons of cooperative media, cross-cultural and sports agreements. Then most importantly, they must put them into effect and promote the hell out of them, day after day, year after year. Otherwise, the NBA, Lady Gaga, Batman, Game of Thrones, Time magazine, BBC and Versace will continue to win where it really matters, in the minds of the world’s people: perception and the notions of superiority and inferiority that it engenders.