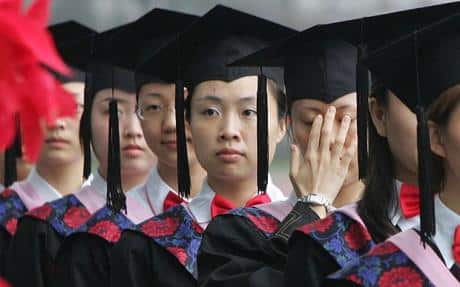 Pictured above: going back for millennia, civil servants in China used to sport mortar boards and gowns, after passing the grueling state entrance examination, similar to today’s high stakes college entrance test, the “gaokao”. Nothing new under the Sun, in the Middle Kingdom. (Image by baidu.com)

Don’t fall for all the American propaganda about its superiority over China’s educational system and universities. Westerners are clueless. Discussing a deliciously bad article in the Wall Street Journal proves the point, as well as another comparing Jewish and Chinese students in elite prep schools and universities.

Author, analyst and lecturer Jeff J. Brown invited Dr. Godfree Roberts on his China Rising Radio Sinoland show, as a followup to their well-received interview about Shanghai public schools being ranked the best on Planet Earth.