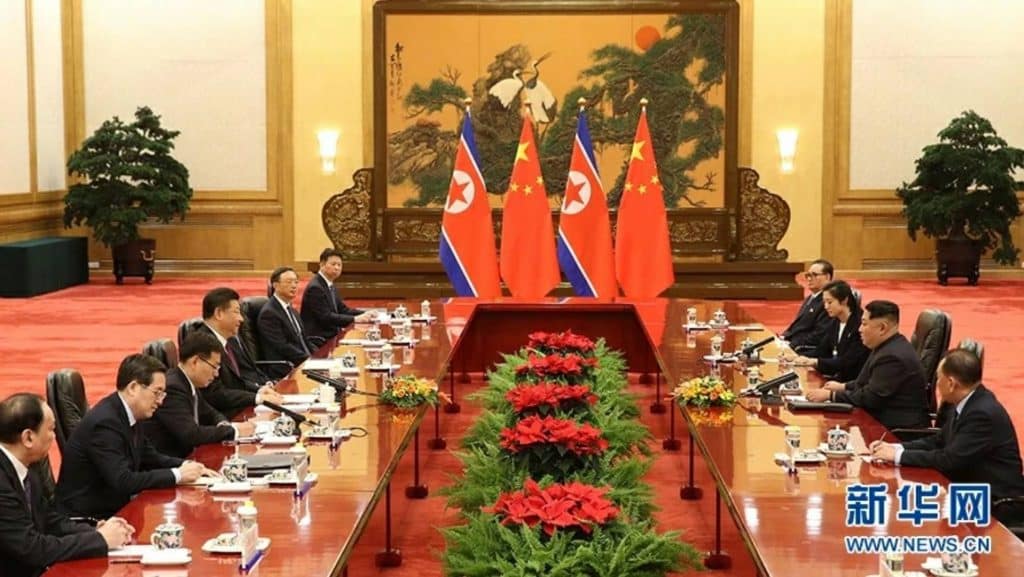 NOTE: If you know something about Korean food, I almost couldn’t resist the culinary pun, Kim-Xi, but I kept control of my fingers on the keyboard! You saw it here first…

If you have not already done so, first read/watch/listen to this very short article/podcast from the day before yesterday: Here is the photo Eurangloland was dreading. Proof positive that all the CIA mainstream media propaganda about “strained relations” and “not talking” between these two countries – nations that spilled valleys of fraternal blood and lost millions of citizens fighting to keep the North free from Western empire and tyranny, during Eurangloland’s Korean Genocide, 1950-1953 (http://chinarising.puntopress.com/2017/10/01/chinas-communist-liberation-on-october-1st-1949-changed-the-world-forever-china-rising-radio-sinoland-171001/), was, well, just that – propaganda. Hell, they signed a mutual defense treaty together in 1961, that almost no one in the West has ever heard of! The two first couples, with the flags of the PRC and DPRK in the background. Xi’s wife, Peng Liyuan is a famous singer of communist-socialist and folk songs, which she can belt out in Russian too. I wouldn’t be surprised if she learned a few in Korean as well. Here is what Eurangloland is saying about the above meeting between Chinese President Xi Jinping, on the left, with his high-powered entourage, and Chairman Kim Jong-Un, of DPRK, on the right: HOW CAN WE FUCK THIS UP? HOW CAN WE SABOTAGE ANY CHANCES OF DETENTE AND PEACE ON THE KOREAN PENINSULA? HOLY SHIT!