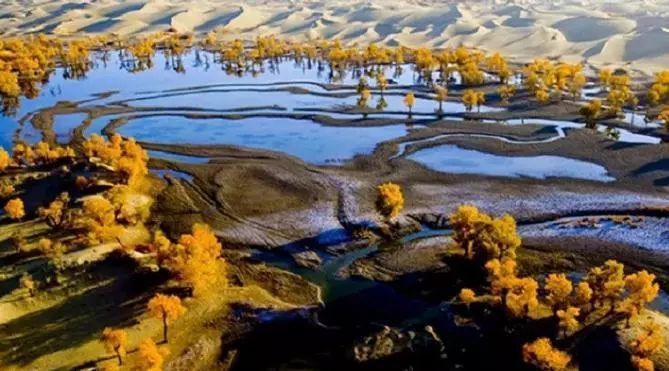 Pictured above: China will transform 200,000km2 of its desert into lush agricultural lands, as much territory as the US state of Nebraska or the European country of Belarus. Just another day in communist-socialist Sinoland. Ho-hum.

Rumors have been floating around China about building the world’s longest tunnel – 1,000km – to transfer water from wet Tibet in the southwestern part of the country, to desert dry Xinjiang, to the northwest (http://www.scmp.com/news/china/society/article/2116750/chinese-engineers-plan-1000km-tunnel-make-xinjiang-desert-bloom).

Apparently, it is about to become a reality. However, instead of building a mega tunnel, Baba Beijing is going to take the long route and capitalize on existing rivers, topography and elevations to get the water there.  It will be the largest engineering project in human history.

The system is being dubbed the Red Flag River, which is a symbol of China’s socialism-communism, just like the national, Party and PLA (People’s Liberation Army) banners. The whole course is 6,188km (including 200km of natural river), with a drop of 1,258m and an average slope of 2.10 parts per 10,000. It is estimated that the total annual adjusted water volume can reach 60 billion cubic meters.

Red Flag River will form an oasis about 200,000 square kilometers in the arid region of China.  These areas have gentle terrain and lots of light, and a large number of branch lines can be set up as required. After the implementation of the project, it will transform the Xinjiang Desert into a verdant belt about 10,000 km long and 20 km wide.

In order to benefit more areas, the scheme also designed to create three main branches. “Red Yan River” will go to Yan’an, in Shaanxi Province (where Mao and the CPC/Red Army ended their Long March), “Mobei River” in the direction of Inner Mongolia and Beijing, and “Chunfeng River”, which will irrigate the Tuha Basin.

Two-hundred-thousand square kilometers is the equivalent to the entire US state of Nebraska or Belarus in Europe. Let the magnitude of the Red Flag River project sink in momentarily. Imagine creating a lush, agricultural powerhouse oasis the size of a country. Baba Beijing and communism-socialism does it spades, from launching satellites and nuclear missiles during the Mao Era (1949-1978) to building 30,000km of high-speed rail since 2008 and landing rovers on the Moon. Imperial capitalism can only succeed by war, genocide and plundering. Take away slavery, illegal drug cartels and stealing entire continents, and it’s a cruel mirage.

As I wrote much about in The China Trilogy, the Chinese have building mega projects that benefit the citizens, for 5,000 years: dams, canals, irrigation, ports, harbors, new cities, trade routes and an extensive road system. In fact, I traveled through several of its below mentioned areas, when I traveled and wrote 44 Days. It is one breathtaking, spectacular vista after another.

This map shows the western half of China, with Tibet at 8 o’clock, Xinjiang at 10 o’clock and the three planned extensions to different areas, including the Tuha Basin, at 12 o’clock; Yan’an in Shaanxi Province, at 3 o’clock; and Inner Mongolia, with a possible spur onto Beijing (black dotted line), at 2 o’clock.


For all you armchair cartographers out there, here is the point-to-point route of Red Flag River,

At 2,558 MASL (meters above sea level), it will start from the great bend in the Yarlung Zanbo River in Tibet (at 6 o’clock in the above map), crossing the Hengduan Mountains. Sixty kilometers later, it will flow into the Nujiang River and enter the mighty Mekong through a planned tunnel. At this point, the elevation has dropped to 2,230 MASL. Forty-three klicks later, it will flow into the Jinsha river via another tunnel, at 2,220 MASL. Ninety-seven k’s more will include a bypass tunnel, open channel and reservoir at Shalu Mountain, to reach the Yalong River, just a meter lower (2,119 MASL). From there it will go through a bypass in the Great Snow Mountains, into the Dadu River (2,022 MASL). Since this is three meters higher, there must be pumping stations to keep the flow going. It will then bypass the Qionglai Mountains, to reach the Minjiang River (1945m), take another bypass to the Bailong River (1,880 MASL), Wei River (1,808 MASL); then onto Liujiaxia Reservoir and the timeless Yellow River at 1,735 MASL. An open channel will then run via Wuxiaoling into the celebrated Silk Road Hexi Corridor, along the east side of the Qilian Mountain Plain, through Wuwei, Jinchang, Zhangye, Jiuquan, Jiayuguan to Yumen (water level 1,550 MASL), and then along the Altun Piedmont Plain of the Kunlun Mountains, through the Kumtag Desert and the southern margin of the Taklimakan Desert in Hotan, Kashi (water level 1,300 MASL). 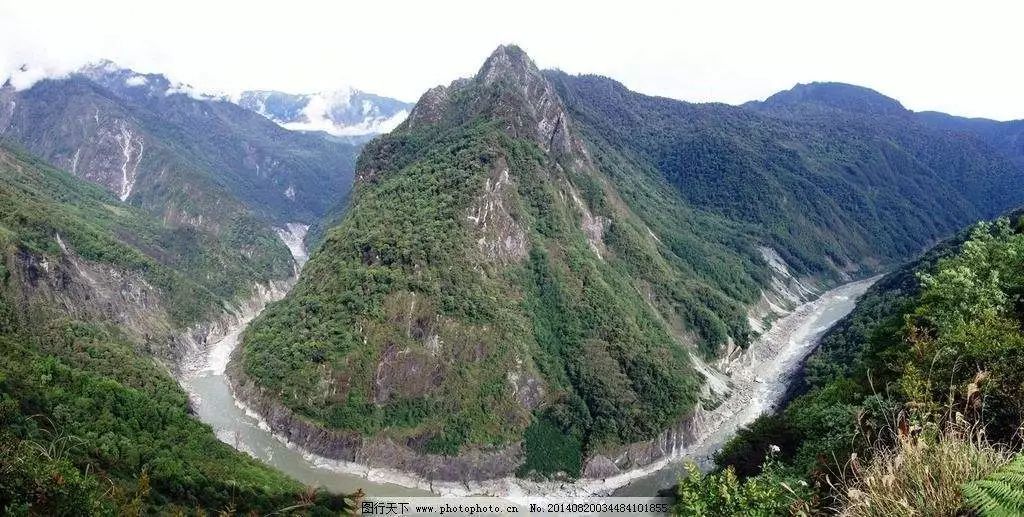