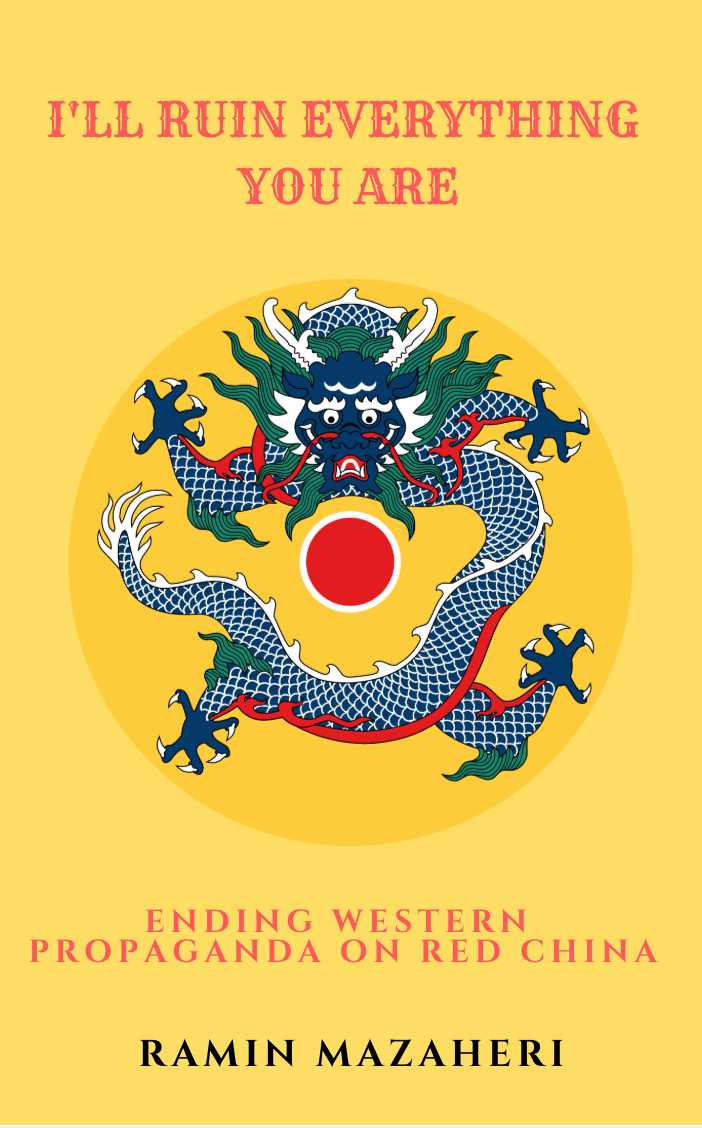 Pictured above: the front cover of Ramin Mazaheri’s new book, “I’ll Ruin Everything You Are: Ending Western Propaganda on Red China”.

Author Ramin Mazaheri is a dual citizen of Iran and the US and has been the Paris correspondent for Press TV for many years. To say that he is worldly is an understatement. He is well-read, very informed and is an outstanding researcher and synthesizer in his writings.

His first book, “I’ll Ruin Everything You Are-Ending Western Propaganda on Red China” (Badak Merah Press, 2019) adds greatly to Mr. Mazaheri’s credibility. In it, he takes John King Fairbank’s classic mainstream textbook, “China: A New History”, and compares it to the third book of “The China Trilogy”, “China Is Communist Dammit! Dawn of the Red Dynasty”. I wrote the latter book, so it is a real honor to be a part of Ramin’s story. But, he doesn’t just compare the two books. He did amazing research, analysis and synthesis, that make “I’ll Ruin Everything You Are” completely his own understanding of China – past, present and future. I’m no slouch when it comes to knowing the Chinese people and I can honestly say that I learned heaps of insight, interpretation and knowledge on the subject, that I had never known or thought about before. Ramin also has a wonderful sense of humor and a droll writing style, which is very engaging and entertaining.

Therefore, whether you are a newbie on China and its 5,000 years of spellbinding history, whose story continues to be told at the speed of light into the 22nd century, or you are a seasoned “Lao Zhongguo” (old China expert), Ramin Mazaheri’s new book, “I’ll Ruin Everything You Are-Ending Western Propaganda on Red China”, will be an eye-opening, horizon expanding adventure for you, chuckling while turning the pages.

Here is the Amazon link, but do support your local bookstore and buy it there. Or better yet, ask your local libraries, schools and universities to stock it.