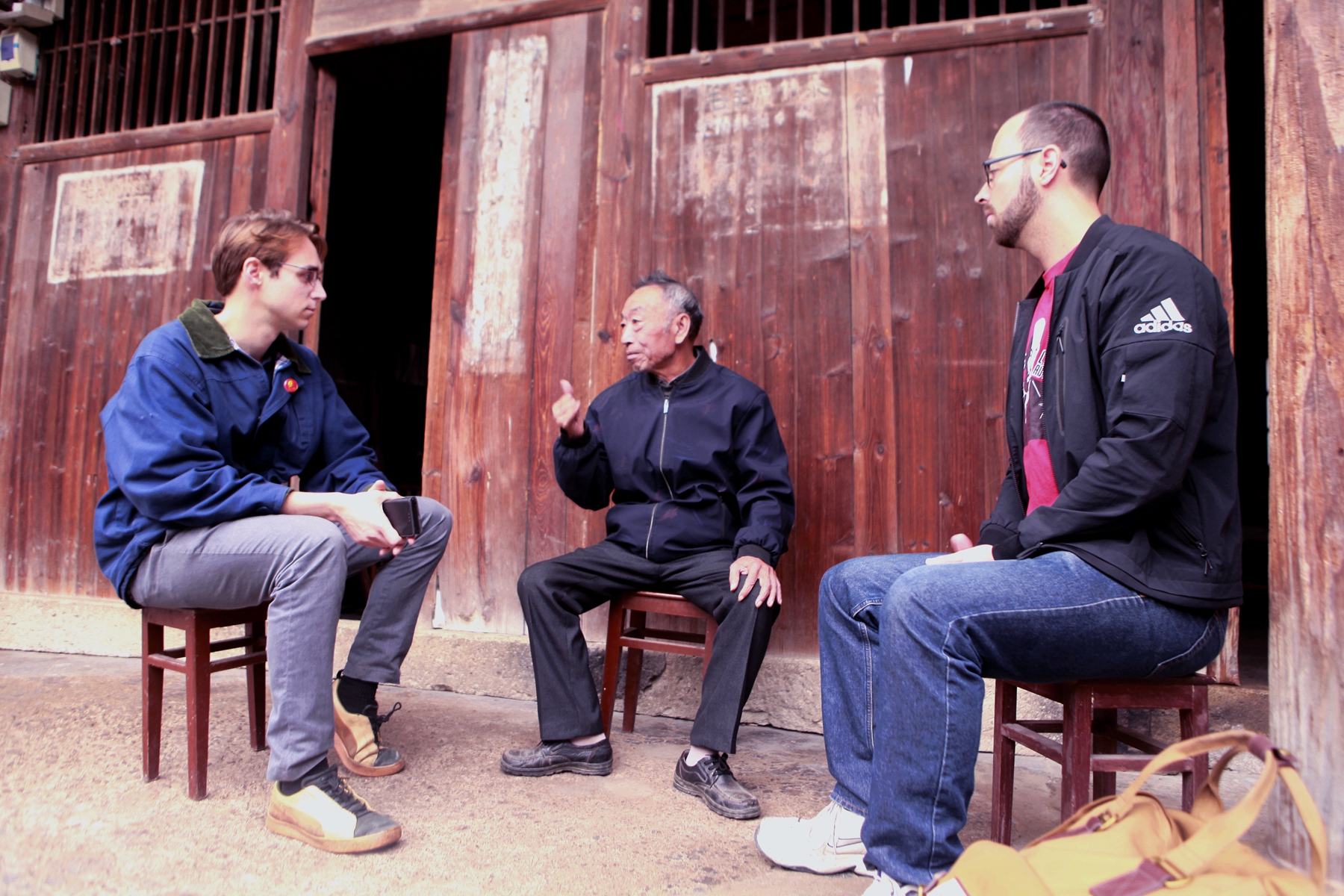 Pictured above: Old Li chats with Alex Witherspoon and Cody Hartsburg about Haoxi Village’s modern history and his own family’s experiences, going back to before liberation in 1949.


While most young Westerners these days spend their days gorging on mindless eye candy and pop culture, Alex Witherspoon and John Hanchar have a grander vision for their existence on Earth, with high hopes for humanity. Living and working in China, they have done something quite extraordinary. They have gone to visit collectivized, 21st century villages to see what is happening and to let these people tell their story. Apparently, the article I wrote last year about modern-day collectivization in China was an inspiration, which makes me feel honored and humble about my journalism and book writing.

Their amazing cultural adventure of discovery in the countryside is quite remarkable, as they take you through China’s ever-changing socio-economic and political evolution, before liberation in 1949, through the Mao and Deng Eras and onto today with President Xi Jinping. You’ll be an expert from now on!.

Born in Hawaii to a set of non-Hawaiian parents, Alex Witherspoon grew up in a fairly normal middle class household. In spite of this, he went on to enroll at the controversial alma mater of a former horticulture teacher, the Evergreen State College, in 2014. While there, Alex was both politically and academically active. He presented papers at two research conferences, spent six months in Shanghai on an exchange program, and once had the pleasure of barricading a door during a student protest. Since completing the Bachelor of Arts program in 2017, he has worked and lived in China, dividing his time between research on Chinese rural development, a full-time recruitment job, and a side gig selling tea from small-scale producers. In the coming years, he hopes to pursue his research as part of a Master’s program.

John Hanchar was born in the United States but since 2005 he’s lived in Canada, most recently in the city of Montréal, Québec. John majored in History and minored in World Cinema at McGill University and graduated in 2018. During his time in Montréal, he worked for an anarchist bike courier cooperative and lived in (and helped run) a collectively organized music venue. Academically, his main academic focuses have been East Asian Cinema, Yugoslav politics and the history of mineral resource exploitation in post-colonial Africa. He currently lives in China where he works as an English teacher.

Haoxi was the last in a series of three collectivized villages that Alex Witherspoon and his original collaborator Cody Hartsburg made in 2018. Unlike their trips to Qiliying and Nanjie, they arranged this trip beforehand with local officials, which granted us the ability to have more in-depth conversations with village residents and local Party leadership. The visit itself took place between December 3rd and 5th. Once Cody and Alex were back home in Yangzhou, they produced a report on Haoxi Village, using the notes and audio recordings gathered during the trip. An abridged version of this report appeared in Critical Edges Magazine on June 7th (linked below).

Recently, Cody returned to Canada. In his stead, John, another Canadian Marxist, has taken over as Alex’s main collaborator. Going forward, John and Alex plan to take more trips and do more work on China’s rural economic development.

Finally, credit goes to Jeff and this podcast for initially making them aware of Haoxi Village and its role in the Collectivist Movement.

A few memories of their visit to Haoxi Village… 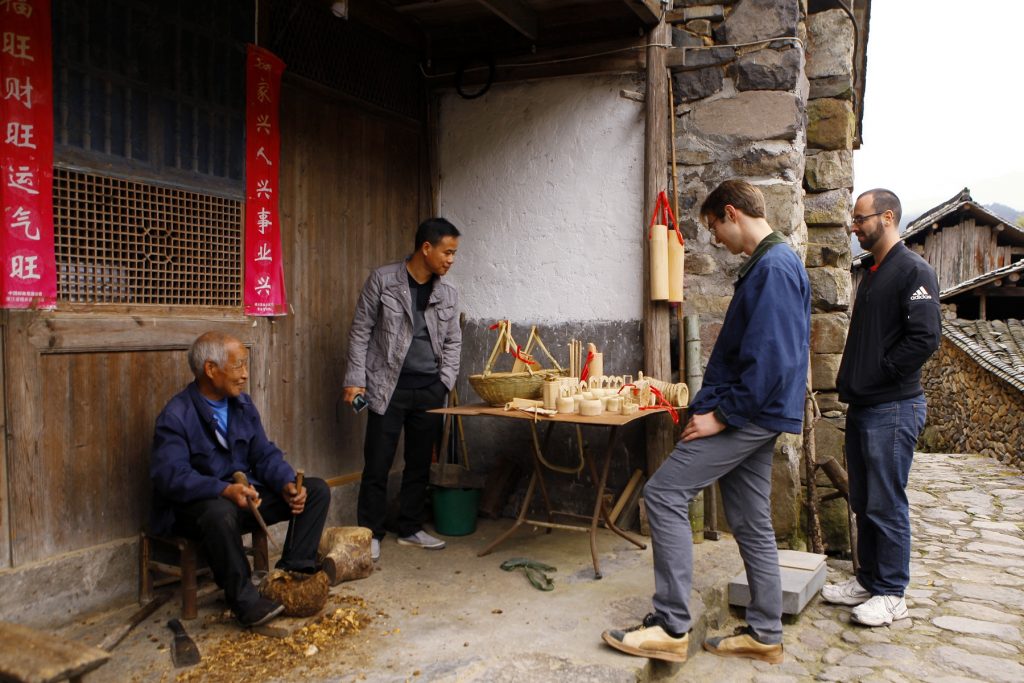 Zheng Lijian, Alex Witherspoon, and Cody Hartsburg check out the wares of a woodcarver in the nearby “stone village.” 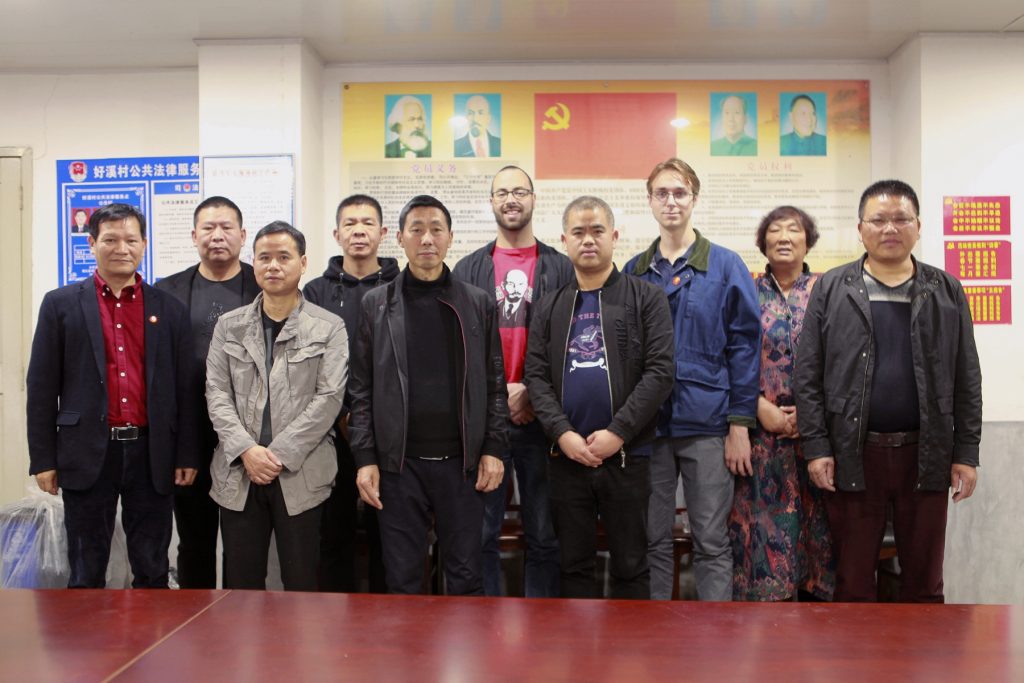 A group picture at Haoxi village party branch headquarters. On the very far left is Wang Xuecheng, Zheng Lijian is third from the left, Zheng Chuanyong is fourth from the left. Cody Hartsburg stands in the middle, with Zheng Yiyuan and Alex Witherspoon stand to his right. Notice in the background portraits of Karl Marx, Vladimir Lenin, Mao Zedong and Deng Xiaoping, on either side of the Communist Party of China’s flag. 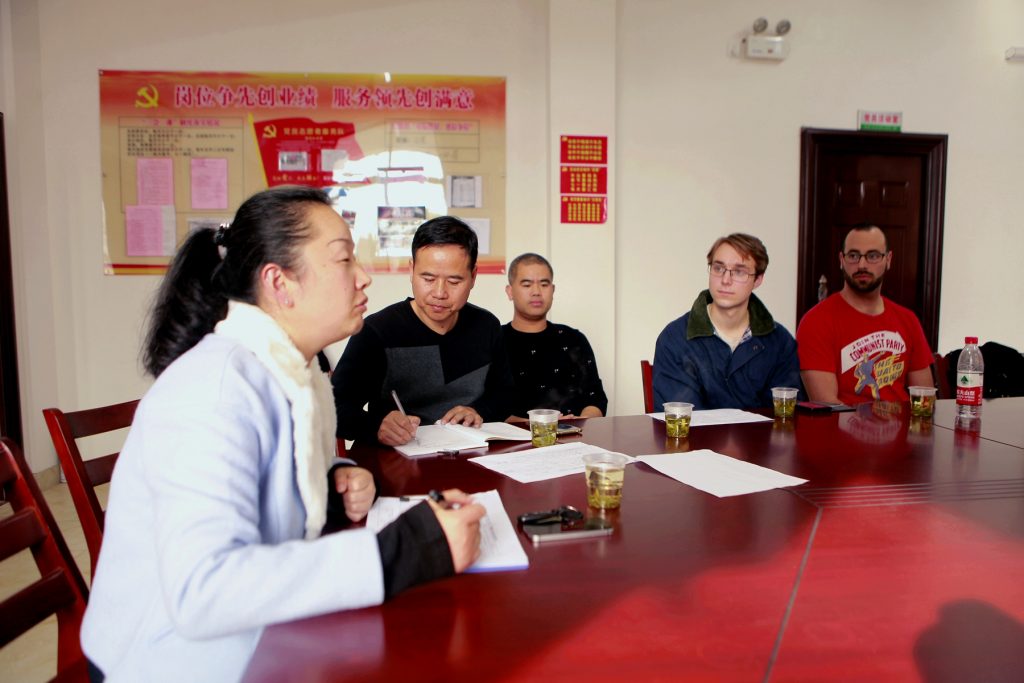 A visiting county official discusses rural beautification with the Haoxi village authorities. Wang Xuecheng, Alex Witherspoon, and Cody Hartsburg sat in as guests. Communist Party and government information is ubiquitous all over China, on the streets and in buildings, as on the wall of this office. 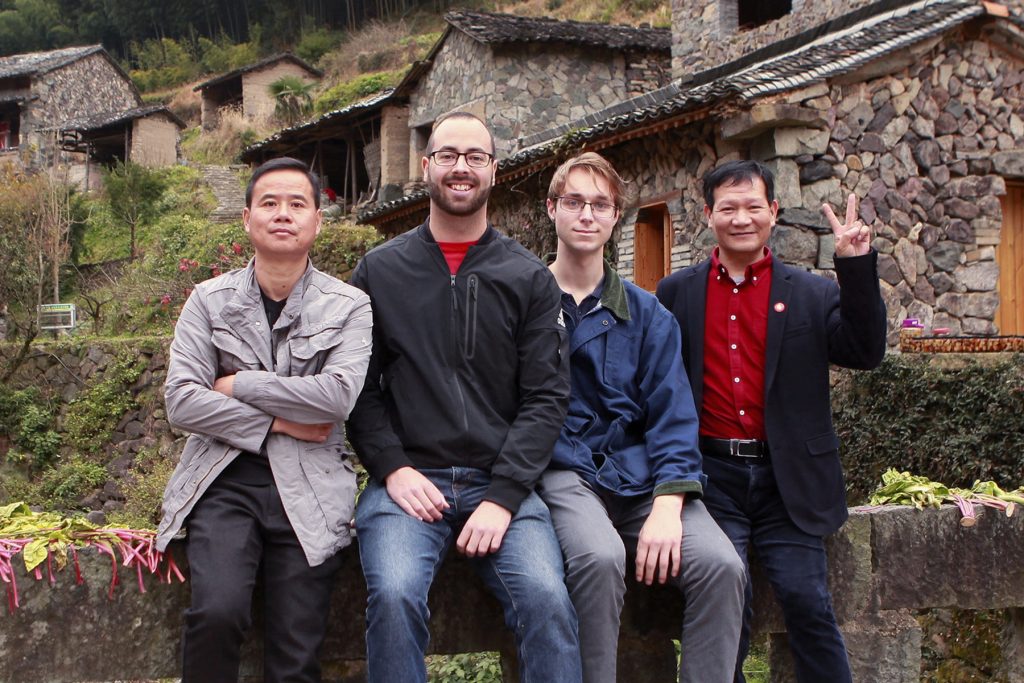 From right to left, Zheng Lijian, Cody Hartsburg, Alex Witherspoon, and Wang Xuecheng pose for a picture in the “stone village,” a nearby tourist site and favorite haunt of Zheng Lijian.

One thought on “Alex Weatherspoon and John Hanchar talk about China’s rural collectivist movement. Is it Mao Zedong all over again? China Rising Radio Sinoland 190705”