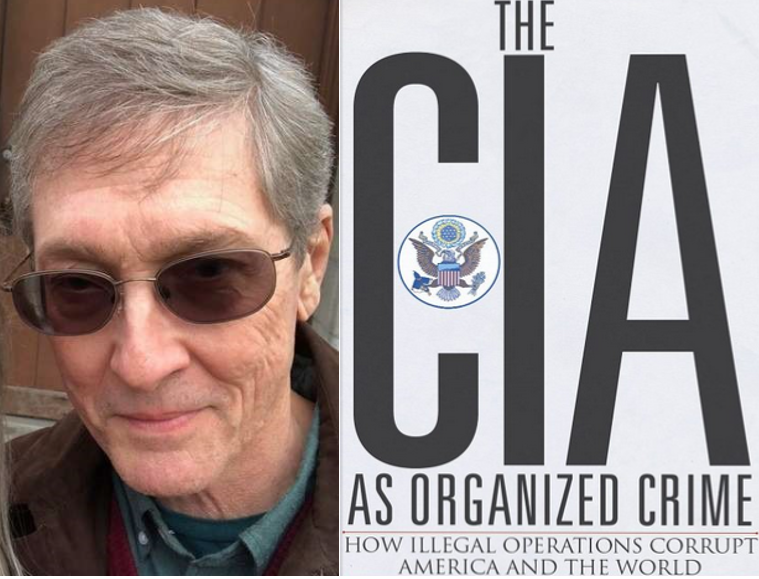 Pictured above: Douglas Valentine telling us what the headlines really mean, in his must-read book, “The CIA as Organized Crime”.

I am truly honored to have Douglas Valentine on the show today and would like to thank Dr. T.P. Wilkerson, whom I recently interviewed, for putting us in touch.

I bought and read Doug’s latest book, “The CIA as Organized Crime”, which will be the focus of our discussion today. A number of his previous interviews cover this book in detail and are available on his website. I will include all his contact and book information on China Rising Radio Sinoland (see below), so you can follow up. Thus, for today’s talk, I’d like to take a different tack, by asking Doug questions about the “forest”, instead of the “trees”.

To sum up his book,  “The CIA as Organized Crime”, outside of anti-imperial and/or socialist countries, Earth’s peoples live in a plasticine simulacrum of fake democracy and government/corporate controlled propaganda. The CIA has, since 1947, with almost limitless black funds from the sale of heroin, cocaine and weapons, effectively taken control of local, state and federal law and drug enforcement, judicial courts at all levels, the military, the White House, Congress, and executive departments, such as State, Justice, Treasury, Homeland Security, etc.,  not to mention maintaining an Orwellian grip on all important global media, such as TV, newspapers, magazines, Hollywood and the Internet. It runs secret armies and parallel governments in most of the world’s non-socialist countries, bribing, corrupting, blackmailing, extorting, assassinating and sabotaging supposed allies into servile submission, while working tirelessly to destroy any country that is not a whore for Wall Street and global capitalism, especially if they have exploitable natural and human resources. Look no further than China, North Korea, Russia, Venezuela, Iran, Iraq, Libya, Syria, Afghanistan and elsewhere across the planet.

I highly recommend to all China Rising Radio Sinoland fans to read Doug’s masterpiece. It is available in ebook and print format on his website for as little as $20. If you don’t have the money, ask your local library or school to order it. Until you absorb all that he has researched and reported, you are living the Big Lie. The only way we can have an impact and try to effect positive change for you and the rest of humanity, is by knowing what the hell is really happening under the daily veneer, and Doug’s book is the place to start.

Book can be purchased here: https://www.claritypress.com/product/the-cia-as-organized-crime/