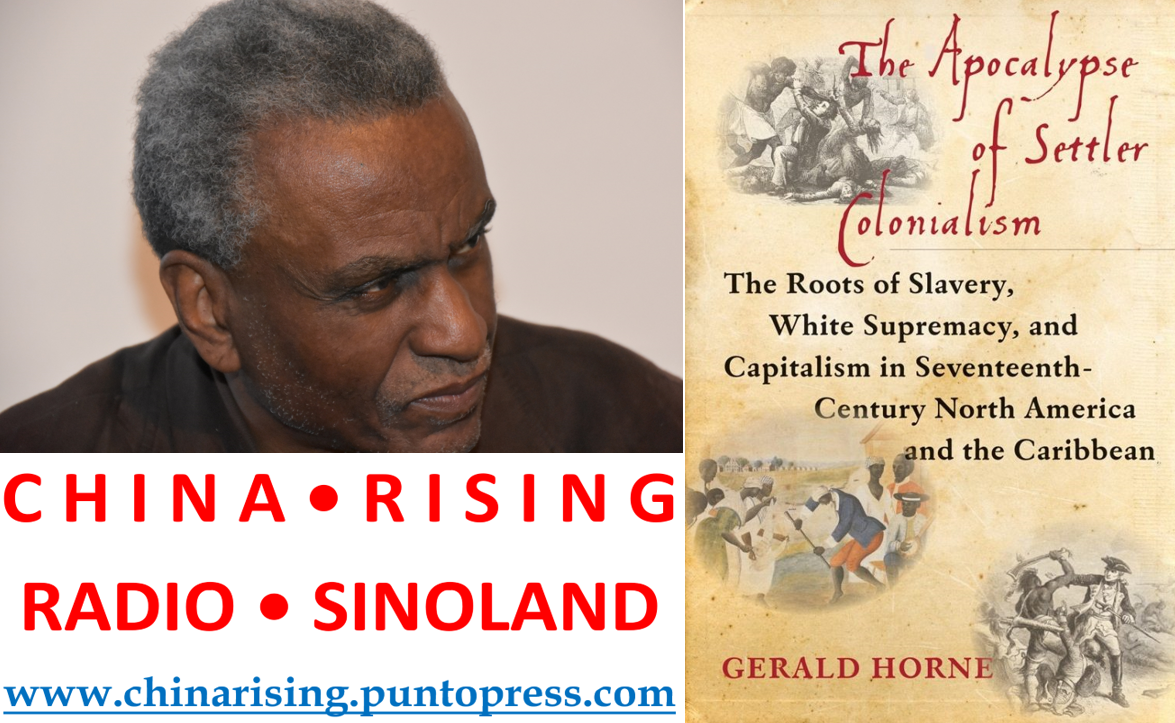 Pictured above: Gerald Horne shows that today’s headlines are a long, sordid continuation, going back centuries in his must-read book, “The Apocalypse of Settler Colonialism: The Roots of Slavery, White Supremacy, and Capitalism in Seventeenth-Century North America and the Caribbean”.

I am truly honored to have Dr. Gerald Horne on the show today and would like to thank Dr. T.P. Wilkerson, whom I recently interviewed, for putting us in touch.

Dr. Horne holds the University of Houston Moores Professorship of History and African American Studies. His research has addressed issues of racism in a variety of relations involving labor, politics, civil rights, international relations and war. He has also written extensively about the film industry. Dr. Horne received his Ph.D. in history from Columbia University and his J.D. from the University of California, Berkeley and his B.A. from Princeton University.

Dr. Horne is the author of more than thirty books and one hundred scholarly articles and reviews. His current research includes an examination of U.S.-Southern African relations since the so-called “Anglo-Boer War” at the end of the 19th century and an analysis of the Political Economy of the music called “Jazz” from the late 19th century to the present.

I bought and read Dr. Horne’s latest book, The Apocalypse of Settler Colonialism: The Roots of Slavery, White Supremacy, and Capitalism in Seventeenth-Century North America and the Caribbean, which will be the focus of our discussion today.

I highly recommend to all China Rising Radio Sinoland fans to read Dr. Horne’s very engaging and informative book. It is available in ebook and print format below for as little as $25. I was even offered a discount coupon before checking out and got it for half that. If you don’t have the money, ask your local library or school to order it. Its perspective juxtaposing seventeenth century colonialism and how the world works today is uncanny. The aphorisms, What goes around comes around and History keeps repeating itself come alive in The Apocalypse of Settler Colonialism.

Book can be purchased here: https://monthlyreview.org/product/apocalypse_of_settler_colonialism/