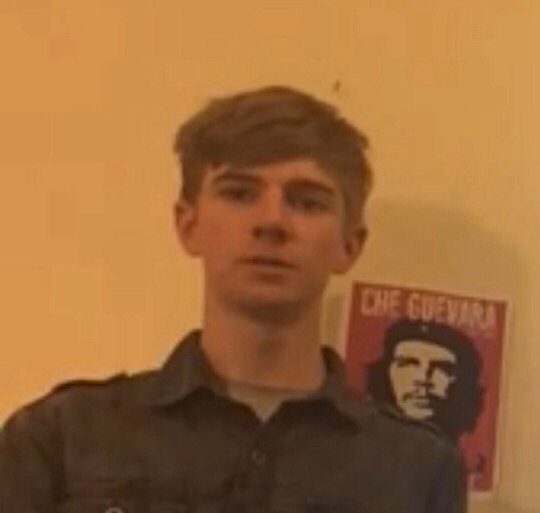 Pictured above: Rainer Shea is fighting to have a socially just and equal stake for humanity’s 99%. In neoliberal, uber-capitalist America, that’s taking Robert’s Frost less traveled road, where life’s uncertain risks and meaningful rewards are found.

I am truly honored to have Rainer Shea on the show today and would like to thank Patrice Greanville, Editor-in-Chief of The Greanville Post, for putting us in touch.

I’ve been reading Rainer’s articles for a while and signed up for his email newsletter, to follow his work. Not a reader? He has a YouTube channel as well.

What is so impressive about Rainer is his youth, combined with his understanding of how the world truly works and his willingness to make an uncompromising commitment to win social and economic justice for all Americans and citizens around the world. As I joked in our interview, I didn’t really “get it” until returning to China for the second time in 2010, at the ripe old age of 56. And here is Rainer, still a teenager in the belly of the capitalist beast – the United States – making the ultimate and most noble declaration to save Planet Earth and humanity’s 99%, by becoming a communist. Bravo!

You will find our discussion interesting and hopeful. Is Rainer a clarion call for the future of America’s disaffected youth, whose horizons for a meaningful life are diminishing by the day? Rainer is happy to help anyone anywhere, for information and suggestions on how to make a difference in their neck of the woods.