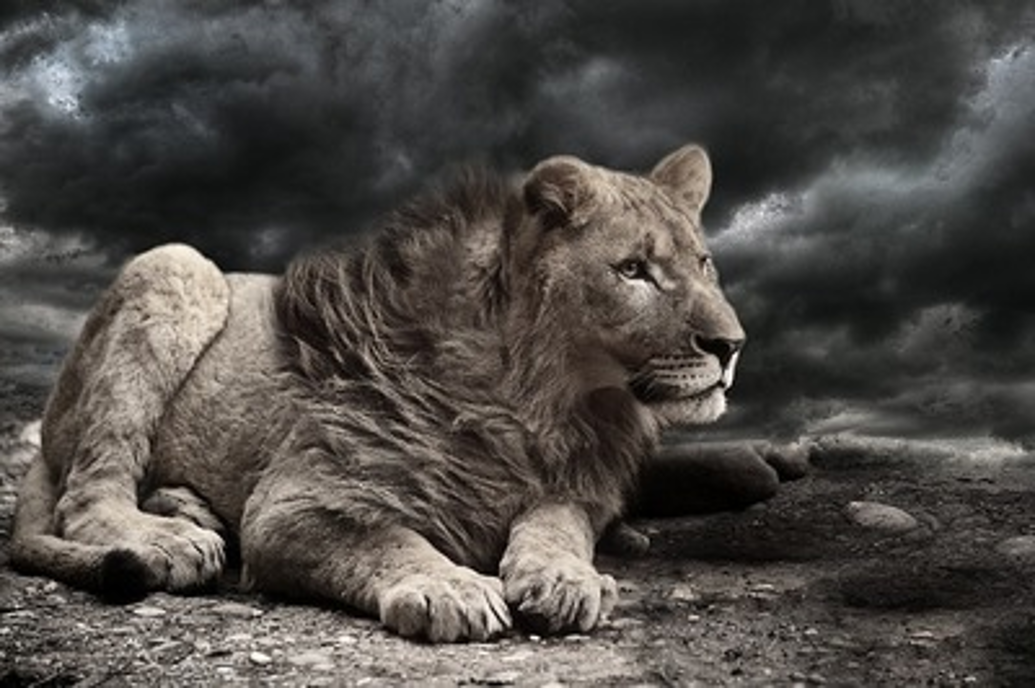 Note before starting: This is an article written by Ms. Caren Black, Editor at Titanic Lifeboat Academy (TLA- https://titaniclifeboatacademy.org/). They have a wonderful stable of writers, aggregate excellent content and I just love going on their website, which is one of the nicest out there. My blood pressure goes down when I’m on it, since it so relaxing and calming to navigate. I subscribe to get their newsletter and hope you do too.

Like me, Caren is a professional teacher, so this is reflected in her article below. Enjoy a a wonderful and introspective essay. After reading it, I’m sure you will agree that it would be a blast to be in one of her classes…

In the Midwestern US where I grew up, the beginning of March brought farmers’ folk wisdom:  If March comes in like a lion, it will go out like a lamb; if it arrives like a lamb, it will go out like a lion.  Following four winter months with holiday festivities and long weekends off, the month named after the Roman god of war is one of the year’s most unpredictable. And no breaks. Daffodils and longer days do battle with wind, rain and late season snows for a full 31 days without respite. The middle child between winter and spring, March brings the unpredictably volatile and the promising, sometimes in the same day. Planting may be begun – and later ruined – in March. Conditions can change dramatically overnight.

The sixth extinction continues: Upper atmospheric temperatures continue climbing their exponentially ascending curve, radiating ever more heat back toward earth. Oceans continue absorbing the greatest percentage of this upper atmospheric heat, swelling as polar icecaps shrink. Human-generated pollution daily replenishes a lower atmosphere aerosol sunscreen, further shielding us. Thus under somewhat stable “business-as-usual” conditions, protected by the oceans and our own pollution, we remain only slightly aware of the increasing consequences of our own stupidity.

Economic collapse continues looming:  World economies and individuals struggle under debt imposed by those who profit from it.  Forecast for at least two decades, the Mother of All Corrections made a brief cameo appearance in 2008. Pundits predict her return for the full performance. That performance will open when those who own the global financial theater decide that conditions are best positioned for them to reap greatest profits, power and control.

A deluge of controlled information beclouds reality:  Censorship and propaganda insure against truth breaking through. Citizens, demoted to “consumers” beginning in the late 50s, see only the gadgets and goods their new moniker brings to mind, rather than the far greater consumption that goes directly into their brains. The Information Age has rendered Americans unable to discern truth from fiction, self-interested reportage from verifiable facts, solid sources from pure bulloney. Disagreeing with their echoed nonsense is forbidden, punishable by ostracism in a variety of forms. The Official Story cannot be wrong:  “It was on TV.” The fact that Superman, Mary Poppins and Mickey Mouse have all been on TV escapes notice. The capacity of pixelated poppycock to overpower the neocortex is astonishing. Wag the Dog is down the memory hole.

Words like “fascism”, stripped of meaning and iconicized into boots, salutes and despots, are hurled at everyone but the actual fascists. My memory whole includes a high school social studies unit on Nazi Germany which left me completely unable to comprehend how ordinary German people could allow such atrocities to happen right in front of their eyes.  College summers in France spent in conversation with ma mere d’ete, a German woman who as a teen had been forced to join the Brown Shirts, and my first reading of Friendly Fascism and conversation with Bertram Gross, both shed some light.  But not enough.

That same high school class offered a clue in another indelible impression which I could not decode nor apply to the question until recently.  During a discussion of the civil rights marches then taking place in the south, one girl expressed her indignation with Southerners, emphatically proclaiming that we should all go to the South to participate in the protests and force Southerners to change their laws, customs and beliefs.  I remember saying that if people from another state came to our town to tell us what we should do, we would probably resent them rather than change our minds. I suggested that we should first make sure we’re not discriminating ourselves, right where we live.  Her retort astounded me:  Her people had known suffering and persecution and therefore could never persecute others.  She should go.

I never put these two memories together until the recent epidemic of nosferatu wokesterism.  Pernicious shaming is the accessory of birthright exceptionalism.  We live now in an atmospheric river of shaming and exceptionalism as tools of control, employing and complementing omnipresent omniscient electronics.  Ignorant woke people as well as bots insert themselves into lives uninvited, reversing right and wrong, up and down, reality and fantasy, true and false. Objecting, disagreeing, or pointing out a fallacy – even mentioning that someone else pointed it out – can result in one’s life being disrupted or even destroyed.

Censorship:  Books, films, videos, journalists, blogs expressing any unsanctioned point of view are disappeared. Suppressed.  Such a book listed online is “currently unavailable”, or available in languages other than English, or priced out of reach in the hundreds of dollars.  Not censored, just  “currently unavailable.” Films disappear on YouTube, Vimeo, Amazon, even their production company’s website.  Only the trailer remains, and maybe a DVD in PAL format (Europe). Like freedom and common sense, they’re “currently unavailable.”

Surveillance:  In our upside-down ignorance-is-strength world, the emperors are clothed but almost everyone else lives in an electronic fishbowl. Expensive, eagerly sought eye-candied “smart” toys exercise thumbs not brains, connect pixels not people. They collect and store the data of our lives for sale, control and safekeeping as thought-crime pre-crime evidence.

Acclimation and obfuscation:  Seminal events occur preceding or concurrent with a tabletop or live simulation of the same event, as in multiple drills and aircraft exercises rescheduled for September 11, 2001, a television pilot featuring a plane flown into the WTC (air date June, 2001), a TV film depicting a hurricane hitting New Orleans (broadcast June, 2005), and 7/7 began the list. Like the pilot episode of a new TV show, these concurrences test audience reaction and obfuscate actual events. They can also acclimatize an atmosphere of fear to augment ease of control.

Censorship, surveillance, obfuscation, suppression of dissent, “market research” preceding an event, rote propaganda, scripted media, ubiquitous surveillance, national exceptionalism, targeted “enemy” nations and individuals, militaristic police at home and military troops abroad, mock elections, kangaroo courts:  Can we recognize fascism when we’re living in it?  Or, like collapse, do we picture it as an event after which life will be noticeably different? Have we imagined the iconic and, while in media res, missed the process?

As March begins, the global economy desperately needs a reset, resources are shrinking while population balloons, emissions are pushing climate to a tipping point, and efforts to control the populace are growing.   And, a new virus is creating headlines.

Some items regarding that virus which are not included in most headlines:

What’s going on here?   A globally spreading virus has infected 90,870 and killed 3112 globally (lethality 3.4%) as of 3/3/20 WHO statistics, has precipitated an heroic containment battle from China followed by strenuous efforts from numerous other countries, global markets have lost $5 trillion in market share and the Dow had the worst week since 2008.  Conversely, COVID-19 has elicited mostly yawns and pandemic movies in the US-led West, where this season’s familiar seasonal flu has infected 32-45 million, hospitalized up to half a million, and resulted in 18-46 thousand deaths (lethality .06% to 1.2%).

Why the glaring contradictions?  Could it be that a virus was thought capable of resetting the global economy through a major downturn in economic activity, shrink the population a bit and give the climate a respite, while reaping immense profits for those holding pandemic bonds, vaccine stock, and the reins of banking?  The virus itself isn’t daunting.  What’s going on around it is.

If so, that last bit could be a black swan. Functioning economies keep the world’s 456 nuclear reactors and fuel pools cool. Oceans having already absorbed 90% of global warming, the global dimming provided by our high industrial activity business-as-usual aerosol sunscreen may be all that’s keeping us from an abrupt and dramatic rise in global temperatures.

Anything can happen in March.

Caren Black is an experienced researcher, writer and educator with four decades in teaching and educational administration overlapping with two decades in music, dance/choreography, and children’s theater directing and tech, and another decade in small business/consulting, another two in community and nonprofit activism.  Her writing includes children’s musicals, numerous articles, two books on education, and research work.  She blogs at TEOLAWKI Times for TitanicLifeboatAcademy.org where she’s site editor. In self-sufficient exile from the Western system since 2004, she lives on a homestead and raises chickens, ducks and sometimes awareness.

The buck stops with YOU. If you don't share this, who will?
Categories: Guest article
| Tags: Caren Black, Guest Article, Titanic Lifeboat Academy

One thought on “Out Like a Lion. By Caren Black, Titanic Lifeboat Academy.”