Pictured above: whether Covid-19 is being targeted to attack Western oligarchs’ enemies, or it turns out to be a global pandemic, they win either way. Left, a Daoist sculpture of hell’s starving masses. Right, a Western oligarch vulture capitalist.

In my last article/podcast, I said the reason Italy has been attacked by the US with coronavirus, is because it joined China’s Belt and Road Initiative (BRI – https://chinarising.puntopress.com/2020/03/14/coronavirus-covid-started-and-propagated-in-the-united-states-the-us-cdc-director-even-says-so-then-some-serious-thoughts-about-what-it-all-means-for-your-future-china-rising-radio-sinoland-200314/).

If you cannot access YT, I uploaded it here for you,

She supports what I said, but I do not agree that Washington did not know about Italy’s decision to join the BRI. Of course, they knew exactly what Italy was negotiating with China. Mike Pompeo saying he and everybody else were “blindsided” is complete bunkum. The CIA and MI6 have informants and outright agents and spies crawling through every hall of power in Eurangloland, including Rome. That was just to save global face. It was also an indirect way of telling Italy’s leaders that there would be a price to pay, which we are seeing with the coronavirus outbreak there. In fact, it’s Mafia talk. It’s the kind of public reaction gangsters make, as a warning about revenge. It’s like a line out of a Godfather movie. In this case, it’s the gangster banksters attacking world leaders’ countries who are not their obedient whores for global capitalism. Which also brings us to Iran.

Ms. Iverson has some great graphics in her video. Here is a map dated this week showing Covid-19 cases in the Middle East. Just look at the numbers. Iran has over 10,000 and every surrounding country next to zilch. It sure looks like which passport you carry has more to do with whether your country gets infected with coronavirus, than anything else. 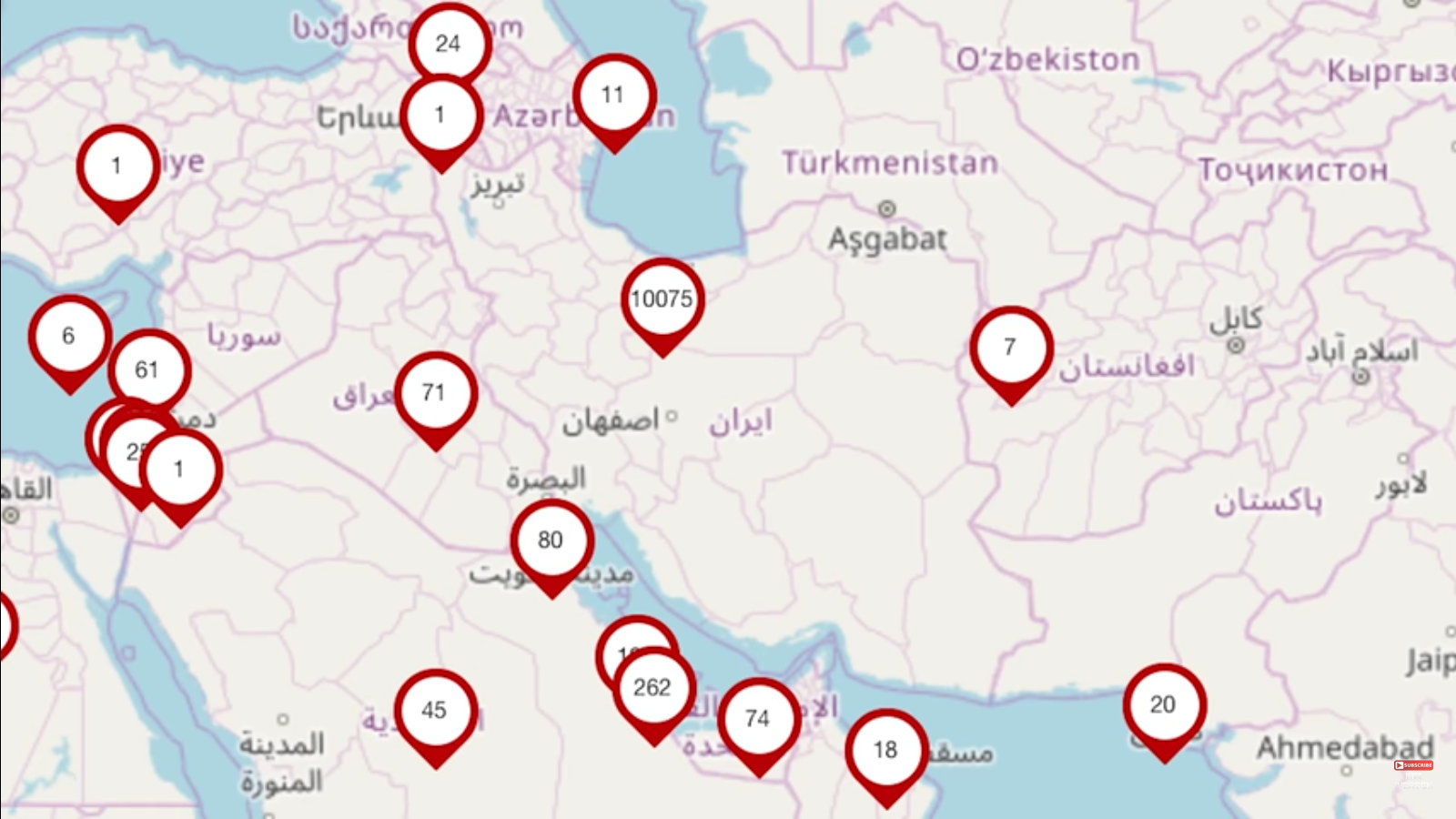 Next, she shows the Covid case numbers for the countries between Iran and China. Statistically nothing. Check out India, with nearly as many people as China, 1.37 billion. Hundreds of millions of Indians are living with poverty, malnutrition, starvation and without city sewage or running water. India should be a Petri dish for epidemics. Why almost no Covid cases there? Good question, which I answered in my last article. 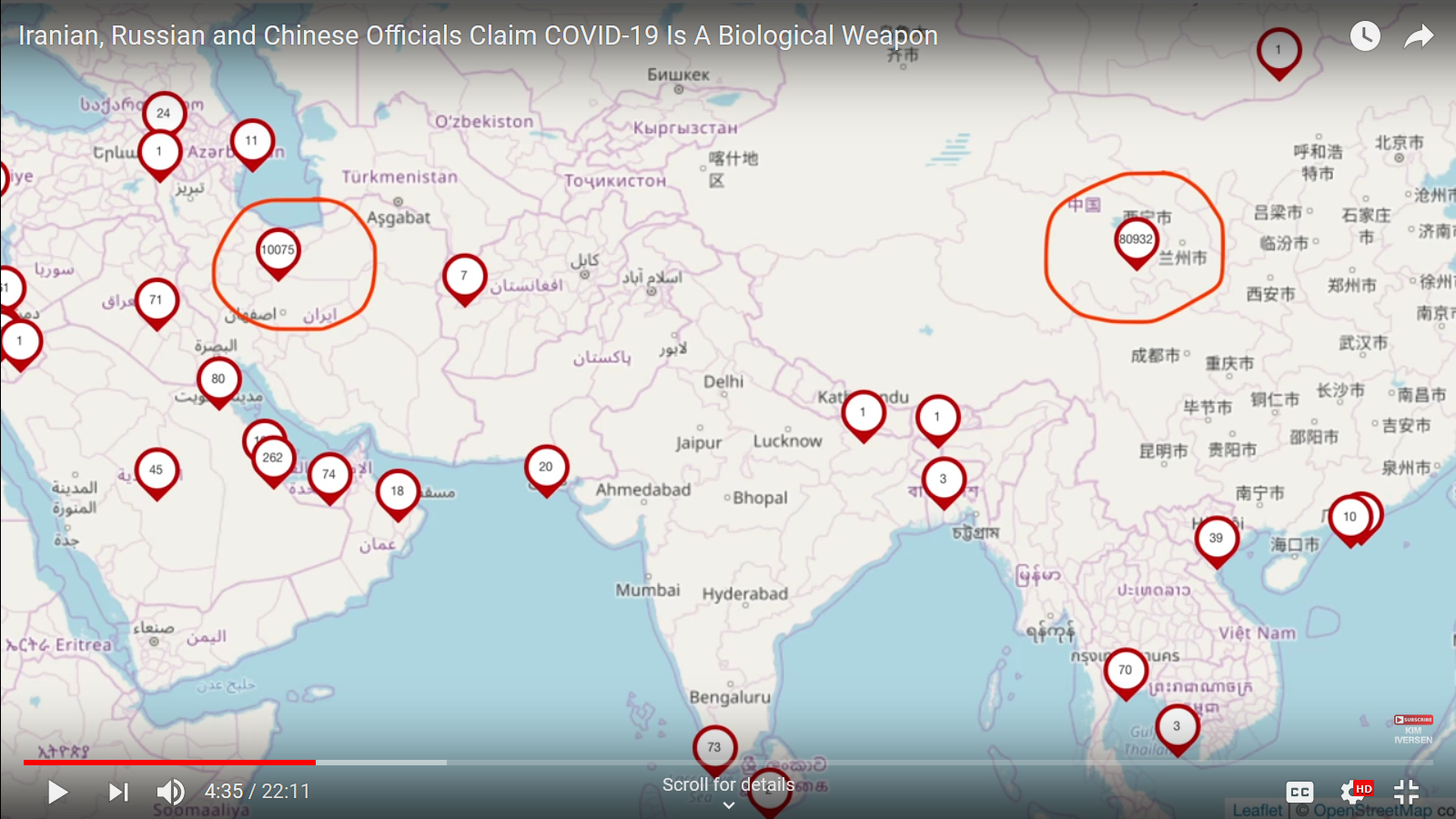 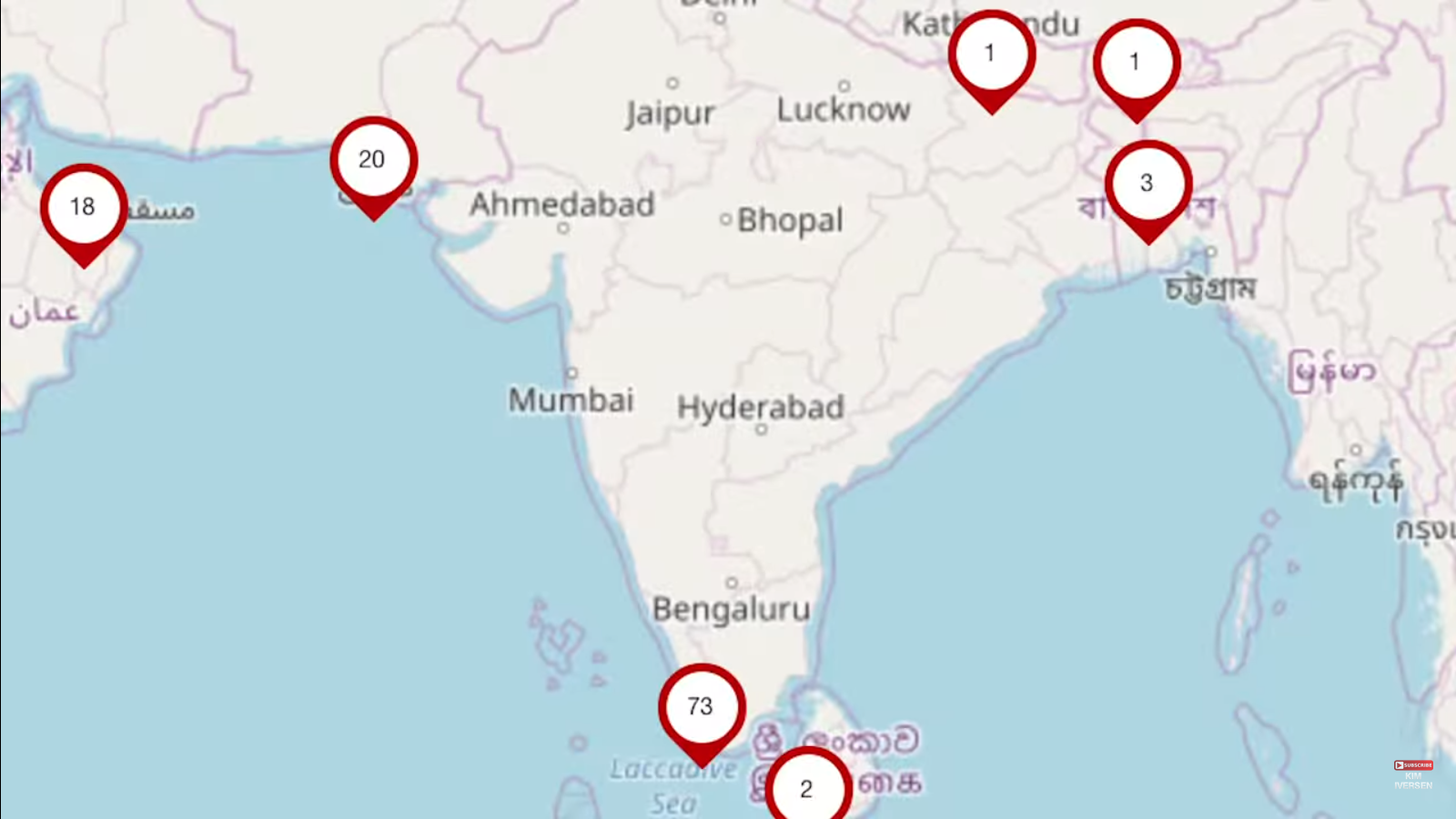 In the fourth graphic, it shows these same numbers for China and all of its neighboring countries. It sure looks like not having a Chinese passport is the bulletproof vaccine against coronavirus. 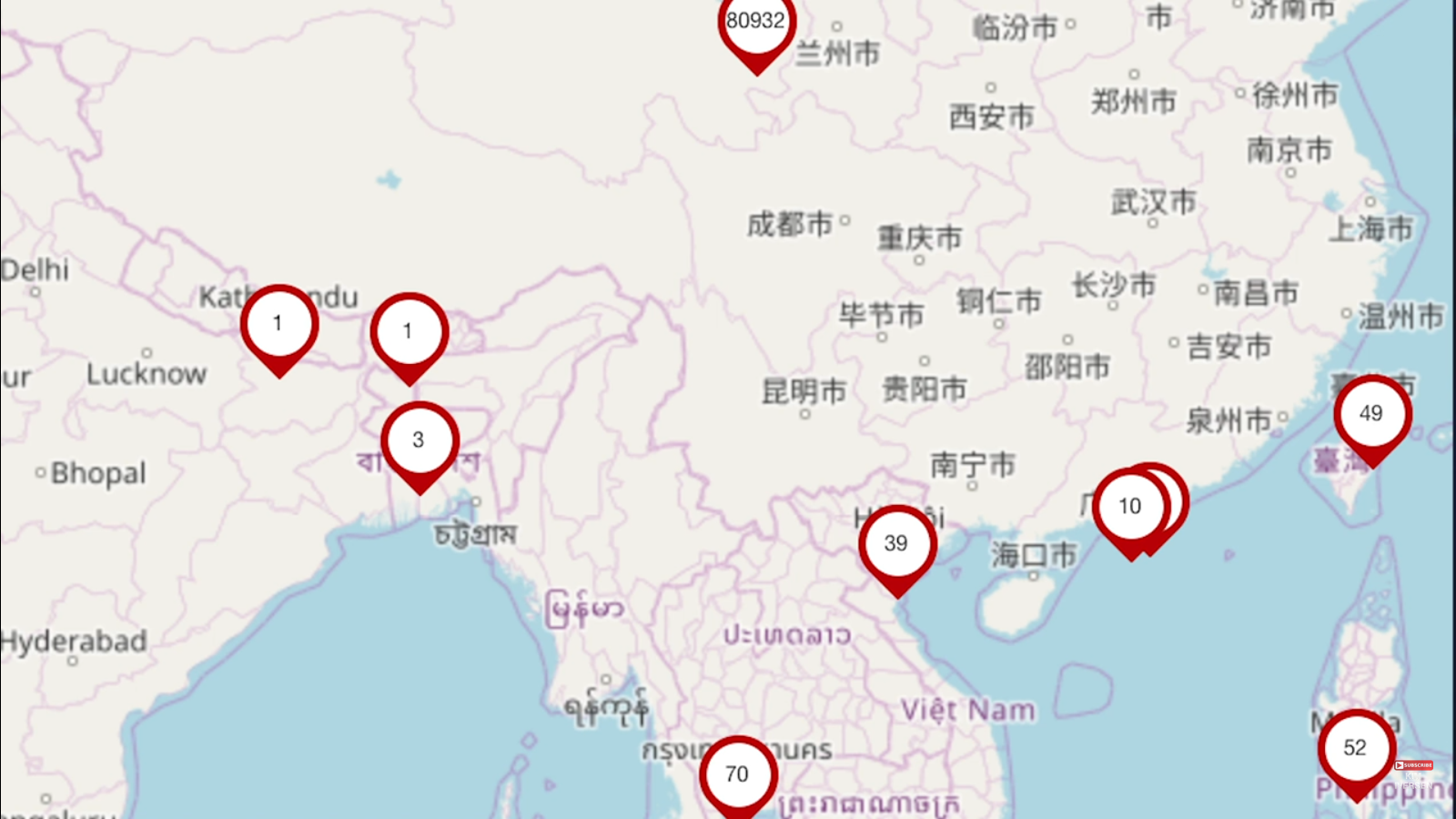 Thus, for the geopolitical ramifications of who gets targeted for biological warfare, I rest my case. Your nationality counts for a lot.

Is it possible that the demons at Uncle Sam’s DARPA (Defense Advanced Research Projects Agency) could have let a viral germ-genie out of its evil test tube, with Covid-19 wiping out millions? Absolutely. Western oligarchs have been eugenically foaming at the mouth for over 200 years, since Robert Malthus wrote An Essay on the Principle of Population in 1798. His population bomb was not about royal families, aristocrats, nobles and the monied 1% elites. All them were and still are obsessed with you and me, the global 99% working stiffs and poor, 85% of whom are Black, Brown, Red and Yellow.

For Eurangloland’s oligarchs, we are their dumb, diseased livestock and in terrible need of thinning and improvement. To them, we are parasites, non-money-making eaters, lazy blood suckers, feeding off all their “hard earned” trillions, or as Hillary Clinton and her ilk like to call us, we are a basket of deplorables.

If Covid-19 wipes out millions of us, it’s these Eurangloland psychopaths who will be doing handstands, high-fivving and congratulating themselves for their racial and class superiority. You see, it is their manifest destiny, which they richly deserve. They should always have it coming to them. It’s the laws of nature, their divine right, the way it was meant to be.

After a pandemic, they are the ones who will swoop down, like blood-soaked vultures, to steal everything you and I have lost, for pennies on the dollar.

They don’t call them vulture capitalists exploiting disaster capitalism for nothing. Either way, attacking enemies of the West’s gangster banksters, or a global pandemic, they will be laughing and cashing in, all the way to their private islands, village-sized yachts and city-sized estates, guarded by private armies. Think of an over-the-top James Bond movie, with an impossible plot line. It may be coming true.

If you live in a socialist country, count your blessings. If not, you could be left for dead.

4 thoughts on “Kim Iverson reports the same geopolitical observations about biowarfare. Your passport has a lot to do with your exposure to Covid-19. The ramifications for you and your loved ones are explained. China Rising Radio Sinoland 200316”