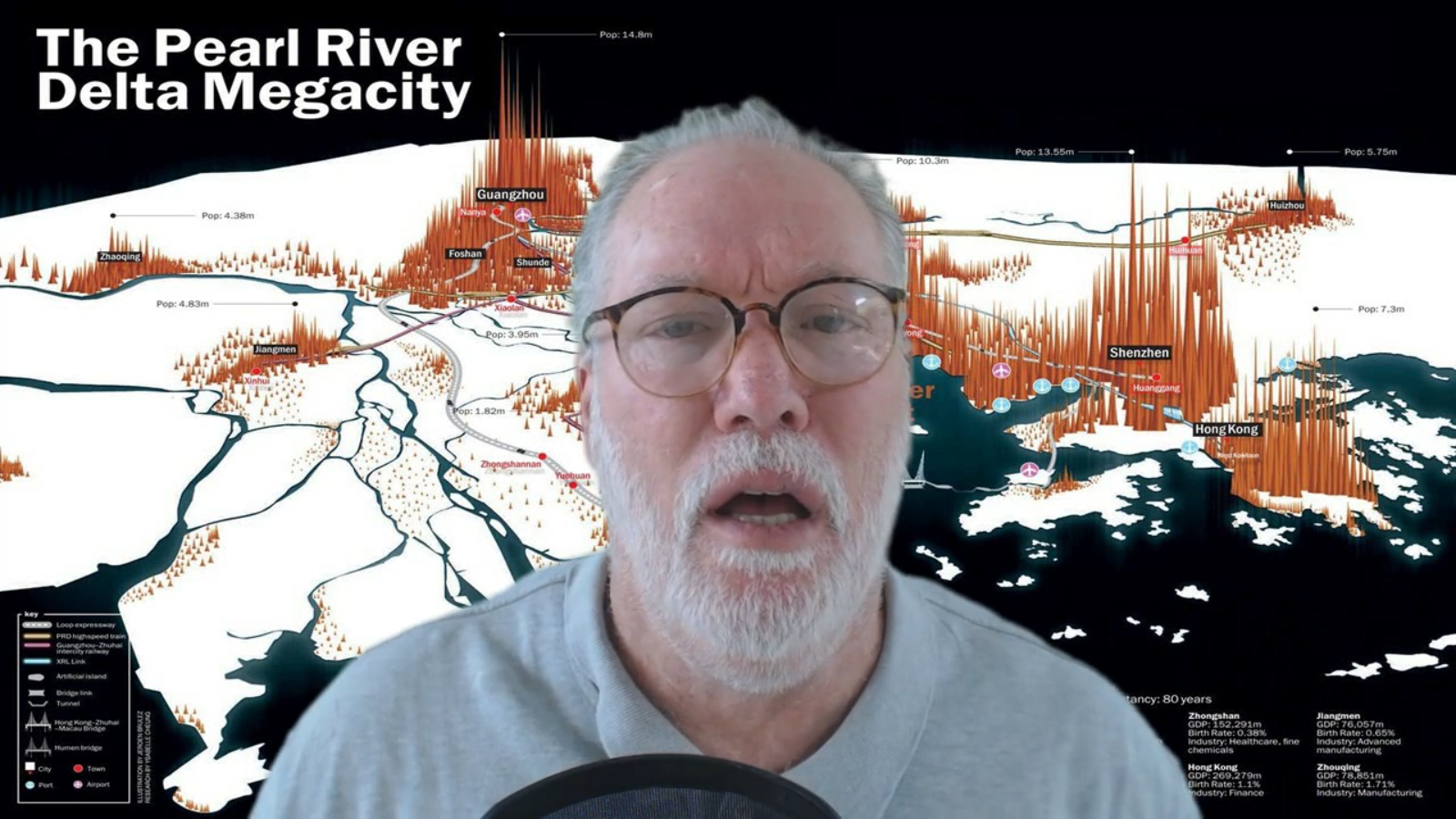 Pictured above: the Pearl River Delta in Southern China is one of the most productive and wealthiest regions of the world. Now, Baba Beijing is working hard to take it to the next high tech level.