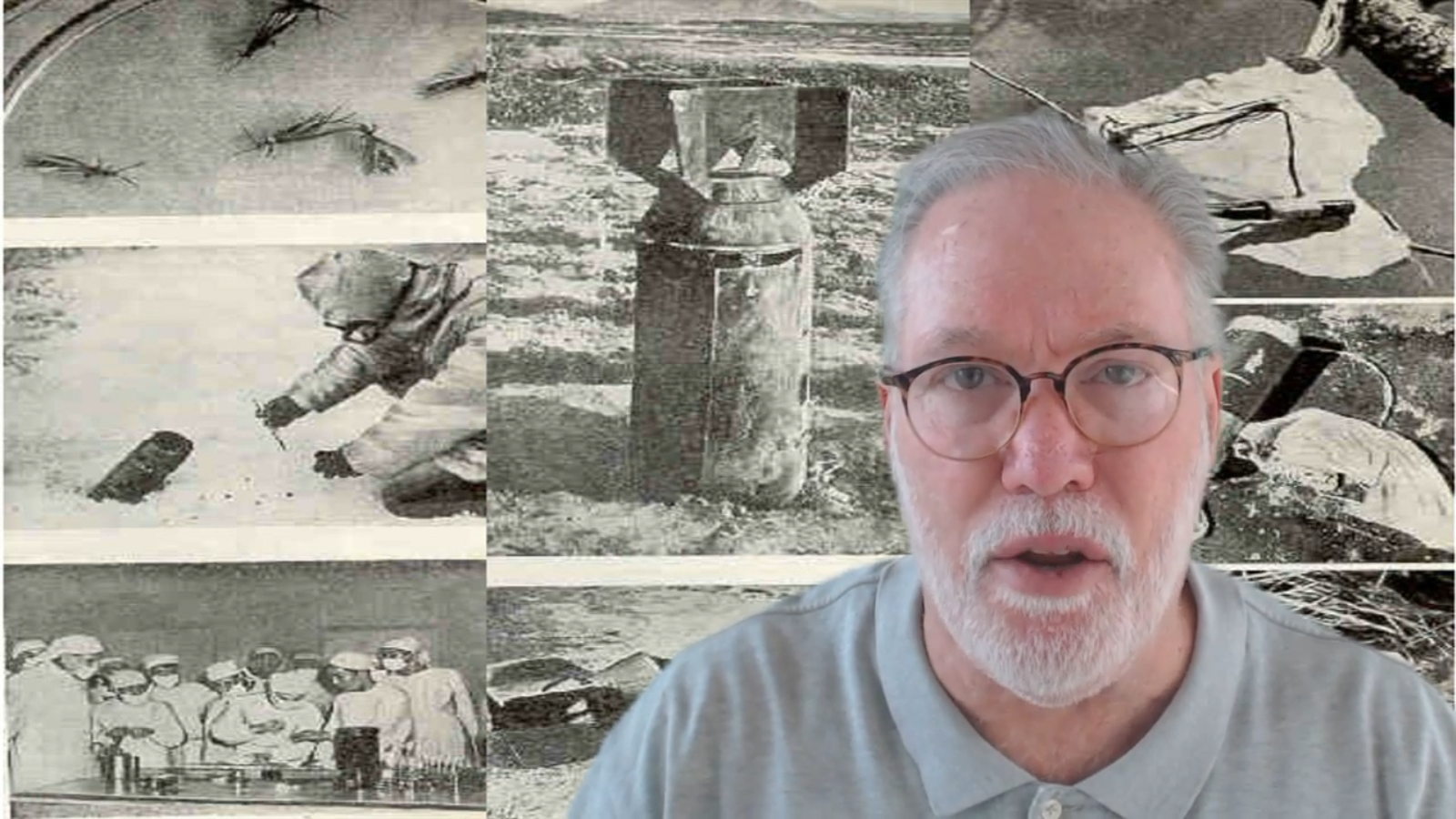 Pictured above: the West’s Big Lie Propaganda Machine (BLPM) is so witheringly effective at brainwashing most of humanity. A good example: the truth about the United States’ blatant germ warfare during the Korean War has been flushed down the global Memory Hole.

The proof that the United States bombed North Korea and China with bioweapons during the Korean War is so conclusive, that all the West’s oligarchs have been able to do for almost 70 years is lie-deny-lie-deny. It never happened, the BLPM says, it’s all fake. Yeah, sure.

But it works. Almost no one knows the true story and it matters, especially with all the crimes against humanity committed by the imperial West since the 15th century, with chemical, biological and nuclear weapons since the 20th century. With the US and China disputing where and how SARS-CoV-2 started, and whether it is bioengineered, historical perspective is crucial at getting to the truth. Eurangloland has a long, proven history of using weapons of mass destruction (WMD). China has none.

This was an inspiration for several other fellow journalists, writers and me to create the Bioweapon Truth Commission and its Global Online Library (BWTC-GOL). I volunteered to be the library curator, spending hundreds of hours compiling it, still ongoing. It is one of my proudest achievements. It has thousands of audiovisual pages, minutes and images, even covering the West’s use of chemical warfare starting in World War I. Access it for free and download any and all of it here,

Be sure to look at the International Scientific Report directory (ISCR), where you can read through this 650-page slam dunk, bulletproof, smoking gun research.

Below is a five-minute video from the 1950s that shows how the US delivered germ warfare in North Korea and China, and how the Chinese kept it from spreading.

Many thanks to Mr. Zheng Haiyang, in Beijing, who spent several hours transcribing the Chinese to English and then putting English subtitles back into the clip. Below the movie and sound podcasts are the English and Chinese transcriptions. He did a great job and I was happy to pay for his excellent services, to bring friends, fans and followers of China Rising Radio Sinoland the truth. If you need Chinese to English translations or someone do research in the Chinese press or national libraries and archives, please contact him at,


Film transcript in English and Chinese

a number of US aircraft circled lowly above

but did not dive and bomb as usual

The next morning, Li Guangfu

a soldier of the 375th Regiment

found a large number of flies, fleas and spiders on the snow in Jingu.

In the following days

a large number of such insects were continuously

and they all appeared in the area where

the U.S. aircraft passed by, hovering at low altitude

and immediately followed by a strafe

and several lives were lost

It was weird those few nights

no one was injured or died yet, so weird!

Some found that the shells dropped without bursting

We wonder what the US military was doing?

There was a bang,

and the two parts looked like a cow’s manger

The next morning, snakes, mice, and cockroaches were found

North Korea had the lowest temperature of the year,

a large number of insects appeared out of season

and the situation was abnormal

(1 minute 26 seconds subtitle: Chen Xiushi, then Secretary of the Ministry of Health of the Volunteer Army)

samples were taken for testing

and they were directly sent to

The test results confirmed that it was germ warfare.

The enemy carried out a bacterial warfare

I got typhus fever

a fever of more than 40 degrees Celsius

and a lot of lice on the snow

You can see them clearly

and the rank and file live around there

A family of three down at the base of my camp

had fallen ill from germ warfare

Some soldiers got sick and

didn’t know what the disease was

but at this time the germ warfare had begun

Later, after some soldiers died,

they could not find the reason

so then carried the body to our operating room for dissection

After testing by epidemic prevention experts

the germs carried by these insects are classified as cholera

In February and March,

various infectious insects were found in

Fushun, Andong, and other regions in northeastern China

after the invasion of the US air force

chairman of the Anti-US and Aid Korea Association,

issued a statement calling on the people of the country

to mobilize to resolutely deter and stop the US army

protesting the US government’s use of

The International Association of Democratic Lawyers and

to conduct field investigations in North Korea and Northeast China

The results of the investigation confirmed

that the U.S. military did conduct a germ warfare

and captured American pilot Quinn and others

confessed to participating in the germ warfare

He provided a confession that

the two of them had dropped bacterial bombs

In 1953, the People’s Daily published the confessions of

The Central Committee of the Communist Party of China and

the Central Military Commission made a decisive decision

and called on the troops and the people to

be neither panicked nor paralyzed

They must firmly believe that the defensive forces of

the masses can defeat the enemy’s bacterial war

Epidemic prevention is the key of anti-bacterial warfare

Within a few days

the Headquarters of the General Staff and

At the same time

from the domestic organization of epidemic prevention team members

experts are dispatched to form inspection and anti-epidemic teams

and inspections, medicines, and equipment

were carried to North Korea

Due to timely prevention and control and effective measures,

the Chinese and North Korean armed forces and people

have well controlled the occurrence and development of the epidemic

And launching a bacterial war has condemned

the United States from the international community