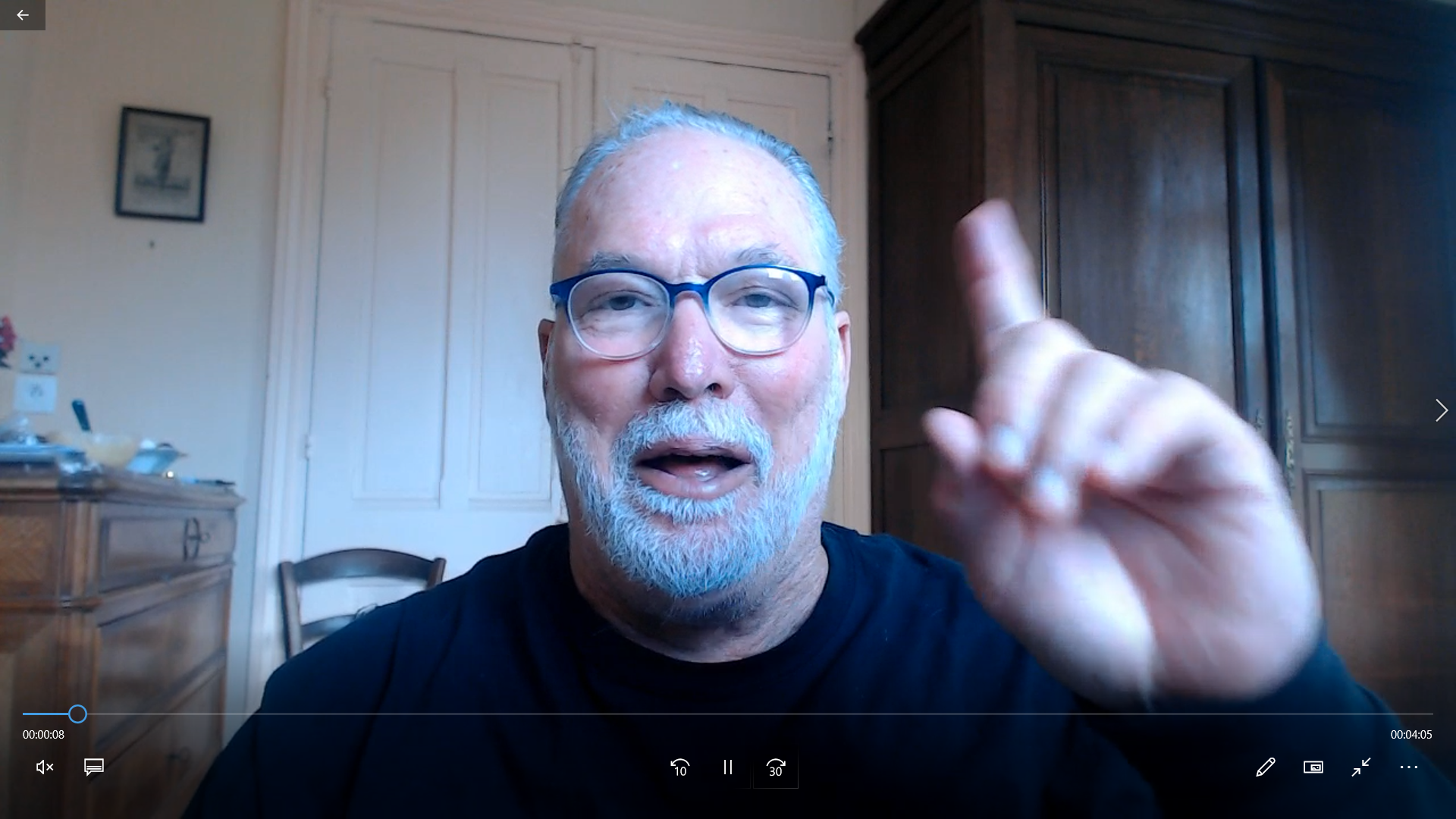 Pictured above: While perfectly legal, I guess you could say we are squatters living in the family home to save it from being sold to an outsider.

China Rising Radio Sinoland · Rushed Back To France To Stop The Family Home Being Sold! Thank You, Trump For The Plane Tickets!

Good afternoon, everybody. This is Jeff J. Brown China Rising Radio Sinoland. Not in China, not in Chiang Mai, Thailand.

It’s a long story about my mother-in-law. We had to come back urgently to France. My wife and I got our twelve-hundred-dollar “Trump checks”. The coronavirus emergency money we call our Trump checks. So, we ended up having to use that money to fly back to France and come back to her mother’s house here in Normandy. I did a really nice article and podcast last year on China Rising Radio Sinoland from this room, a really good exposé on the dirty, dark secrets about the D-Day invasion (https://chinarising.puntopress.com/2019/07/15/dirty-dark-secrets-of-d-day-france-china-rising-radio-sinoland-190715/).

Anyway, to make a long story short, my mother-in-law is in a nursing home. This happened while we were gone. And you know, when the cat’s away, the mice play. She got signed up with a court-appointed trustee who’s trying to take control of everything. He was trying to sell this house, which has been in the family for over 100 years. There are only two brothers and sisters that care about keeping this house in the family, my wife (and I and our two daughters), who was in Thailand and her brother-in-law, who’s in Martinique, both very far away. As well, other people in the family were upset and wanted to keep it in the family. The other siblings here in France don’t really care. So, the trustee was about to sell the darn thing to an outsider.

So, we moved back here, moved in to stop the sale. France has very good, I think, good landlord-tenant occupancy laws that are much more in solidarity with the 99 percent. In France, renters have actually more rights than the landlord does. The occupants have more rights than you do. Renters do, unfortunately, take advantage of the good laws that are meant to protect tenants and people who need shelter. It’s not like in the United States where the landlord has all the rights and the tenants are like serfs and can be taken advantage of.

We have keys to the family house and by staying here for eight days, they would now have to go to court to get us out of the house, even though it’s actually legal, it’s my mother in law’s, it’s in our family. So anyway, we had to do that to stop the sale of the house.

So, until further notice, no more nice, green screen behind me. No more, nice flashy images behind me.

Just this a room where my wife and I are staying. And you can see some of the old furniture, the armoire, buffet and old wicker chair behind me, and the old painting on the wall, et cetera. Thus, I just wanted to give you all an update so you can understand why all of a sudden there’s been this huge change in my podcasts.

To start, I’ll be doing one China and the US in Africa.