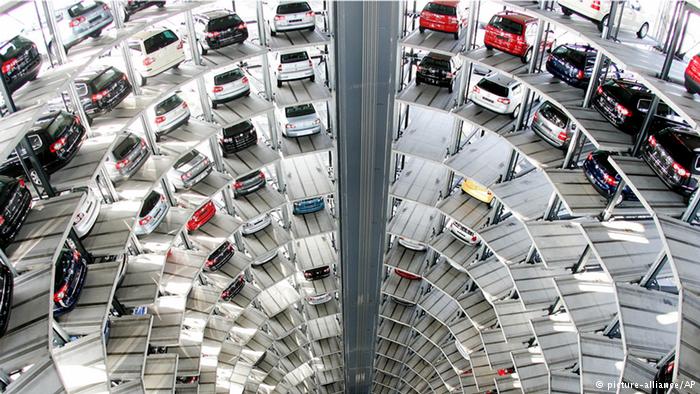 Pictured above: a high rise parking tower in China.

Downloadable SoundCloud podcast (also at the bottom of this page), Bitchute and Brighteon videos, as well as being syndicated on iTunes, Stitcher Radio, RUvid and Ivoox (links below),

YOU TUBE IS STARTING THE KANGAROO COURT PROCEDURE TO SHUT DOWN MY CHANNEL AND REMOVE ALL MY VIDEOS.

PLEASE START MIGRATING TO MY NEW BITCHUTE AND BRIGHTEON CHANNELS, TO FOLLOW, WATCH AND COMMENT. OVER TIME, I WILL UPLOAD THEM ALL, BACK TO THE VERY FIRST ONES. THANK YOU.

The vast majority of Americans do not realize that the USA’s industrial capacity was effectively nationalized for World War II, to assure what was needed for the cause. The federal government took over production planning and kept tabs on all the factories and businesses that were involved.

With state planning and manufacturing, the USA was able to build 3-5 aircraft carriers a year, over 300,000 airplanes, not to mention millions of tons of arms, equipment, materiel, ammunition, clothing, food, fuel and medical supplies.

Today, the USA only builds one aircraft every five years and the last, the USS Gerald Ford, has so many problems, that’s it not fit for battle. Airplanes? The F-35 is one of the biggest, most corrupt government acquisitions ever witnessed, now being counted in the trillions of dollars, and it can’t even fly (https://breakingdefense.com/2012/03/f-35-total-costs-soar-to-1-5-trillion-lockheed-defends-program/). US taxpayers’ hard-earned money being brazenly stolen by military contractors.

US citizens have been brainwashed by the West’s Big Lie Propaganda Machine (BLPM) that China’s planned economy is communist evil. Nevertheless, Baba Beijing hasn’t just done it for wartime needs, but has been after if since the people’s liberation in 1949. For the last 70 years, China has been growing, progressing and advancing at levels never before seen in human history, especially on such a large scale, from agriculture to aviation, from construction to computers, and from manufacturing to mining, all the way from A to Z.

As I wrote in The China Trilogy (see below), Mao Zedong and his fellow leaders loved vehicles. They were enthralled with them because they were so manufacturing intensive: tires, spark plugs, filters, windshields, cables, screws, washers and on and on – all the many thousands of parts that go into making a car or truck. Vehicles were seen as a, well, vehicle to help drive China’s, pun intended, to becoming an industrial powerhouse and provide employment for millions of factory workers.

Automobiles were not a strategic objective. When my wife and I moved to China in 1990, Beijing only had about 25,000 cars, believe it or not, and when we left in 1997, there were around 50,000 or so, with most of them being government owned. We were one of the few who had privately owned cars in those days.

But, other kinds of vehicles were badly needed in the early days, 1950s-1960s, so the state planned for massive production of farm and earth moving tractors and implements; trucks of all sizes, urban and rural; harvesters, trailers, wagons and the like, and on a grander scale, train cars, locomotives, airplanes, rockets, missiles, and satellites.

Thus, during the Mao Era, 1949-1978, China went from being a 99-pound industrial weakling to a global manufacturing powerhouse. With this solid foundation, starting in 1978-1980, Deng Xiaoping’s administration could begin state planning for more light industry, consumer goods, as well as automobiles.

The six-minutes video below is an excellent allegory for China’s state planning economy, still going from strength to strength after all these years. What China has done for automobile production in the last two decades is what happened for the rest of the country’s industrial and manufacturing capacity during the first 25 years after liberation.

In this short clip, China doesn’t even show up in the global top ten until 1998, yet by 2004 had already leapfrogged into the #4 position, ahead of Brazil, Canada, Spain, South Korea and France. By 2006, China pulled ahead of mighty Germany to take third place and in a matter of two years later, surged past Japan and the United States to become the King Kong of global automobile production. From that point on, China’s bar on the graph keeps getting longer, while Japan, the USA and the others become relatively smaller. By 2014, China was manufacturing twice as many cars as the USA and Japan, and four times as many as Germany.

A lot goes into what is happening in car manufacturing in China, but history has shown that state planning has much to do with its success. Benchmarks, objectives and goalsetting matter in education and one’s personal and professional life. The same is true for national economies.

Look no further than the USA’s phenomenal growth and production levels during the 1940s, when much of the nation’s capacities were nationalized and state planned.

If then, why not now?

The evidence on both sides of the ocean demonstrates that communist-socialist state planning works best. The USA only did it for a few years and then abandoned it. China has never stopped and having lived and worked in both countries, 1990-2019 (less five years in France) the differences between their long-term development and progress are stark indeed, and the disparity is getting bigger and wider, to the detriment of US citizens.