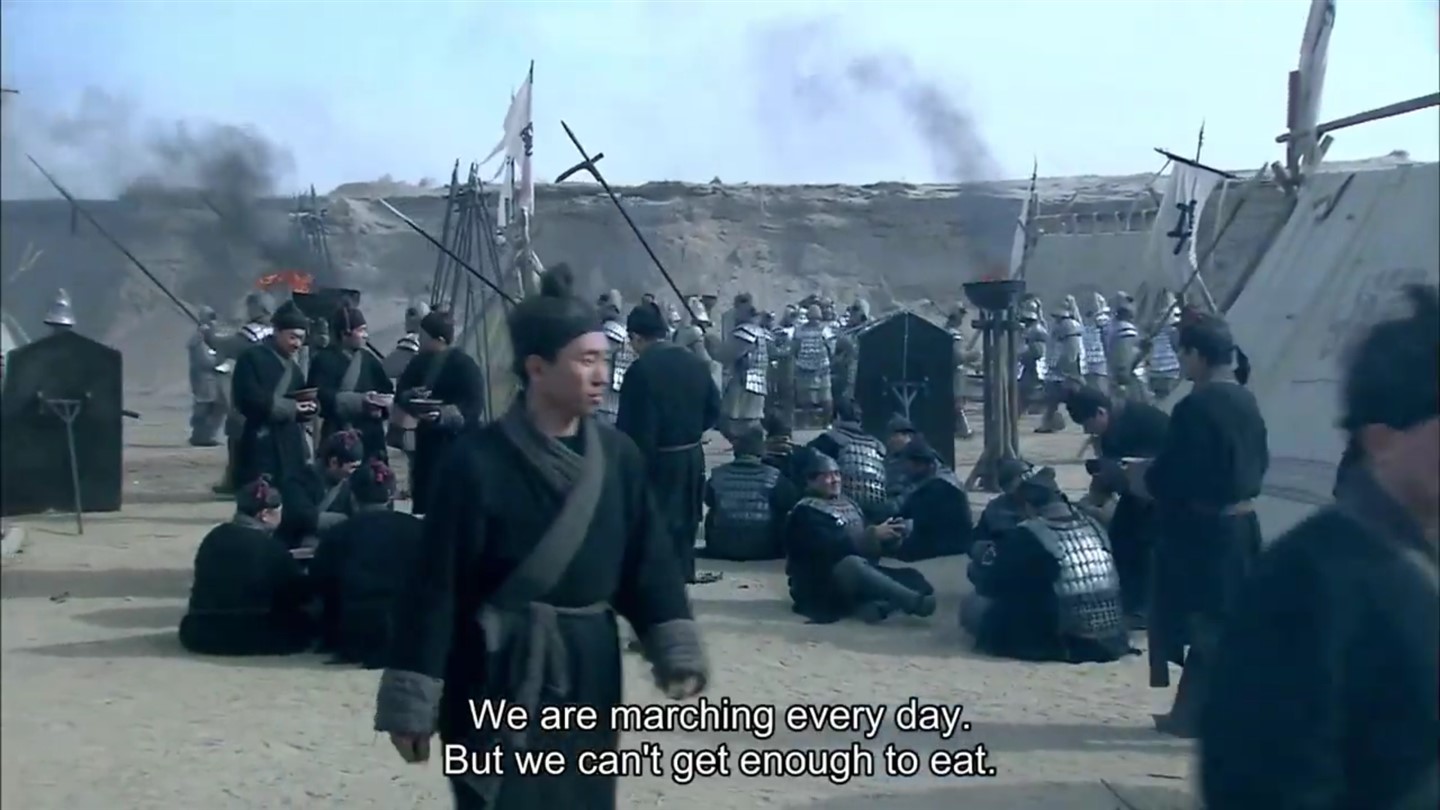 Pictured above: outtake from Episode 41, of “The Legend of Chu and Han”, with English subtitles. You can download it below…

Editors note: you can download the entire 70-episode TV movie series of The Legend of Chu and Han, with English subtitles, for free, at the end of this article…

Note before starting: my name is Quan Le. I am 50 years old. I am a Canadian of Chinese and Vietnamese ancestries. I grew up in Montreal. I am by profession a physician.

Today’s video is Episode 41 of the Chinese TV movie series released in 2012 called The Legend of Chu and Han.

The segment of interest is from 25–32 minutes. It is a perfect encapsulation of timelessness for any Chinese, educated or not.

This is a foundational moment of Chinese history.

The time is the end of November 207 BCE, next to Chi Road, at the entrance of one of the side gates of the Capital City of Xianyang (near present-day Xi’an), in the dying and short-lived imperial Qin Dynasty of China, as it unified the country for the first time (221 BCE to 207 BCE). 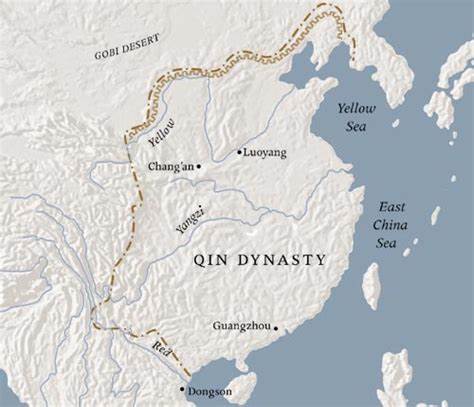 Pictured above: the short-lived, but extremely important Qin Dynasty, which was the first time China was fully unified. Xi’an is marked as Chang’an.

The vanquished leader was King Ziying, who only ruled three months, October 207 BCE – December 207 BCE. He was a nephew of the First Qin Emperor, who ruled as King Zheng of Qin from 247 BCE to 221 BCE and as First Emperor of (unified) China from 221 BCE to his death in September 210 BCE. His elder son Fusu was the victim of a court cabal, thus his incapable younger son Huhai ruled as the Second Qin Emperor of China from 210 BCE to 207 BCE, whereupon he was killed by members of a conspiracy. This is when nephew Ziying briefly took the throne and brings us to today’s foundational segment.

The victor was Liu Bang (born 256 BCE, died 195 BCE) aka Han Gaozu. This latter temple name means Lofty Progenitor of the Han Dynasty. Liu Bang ruled as King of Han from 206 BCE to 202 BCE and Emperor of all China from 202 BCE to 195 BCE. He was the first of his dynasty, the Han Dynasty, the second imperial dynasty of China, after the Qin. The Han Dynasty is the one that transmitted the culture of ancient times to the people living in this completely new world order, which lasted 422 years. 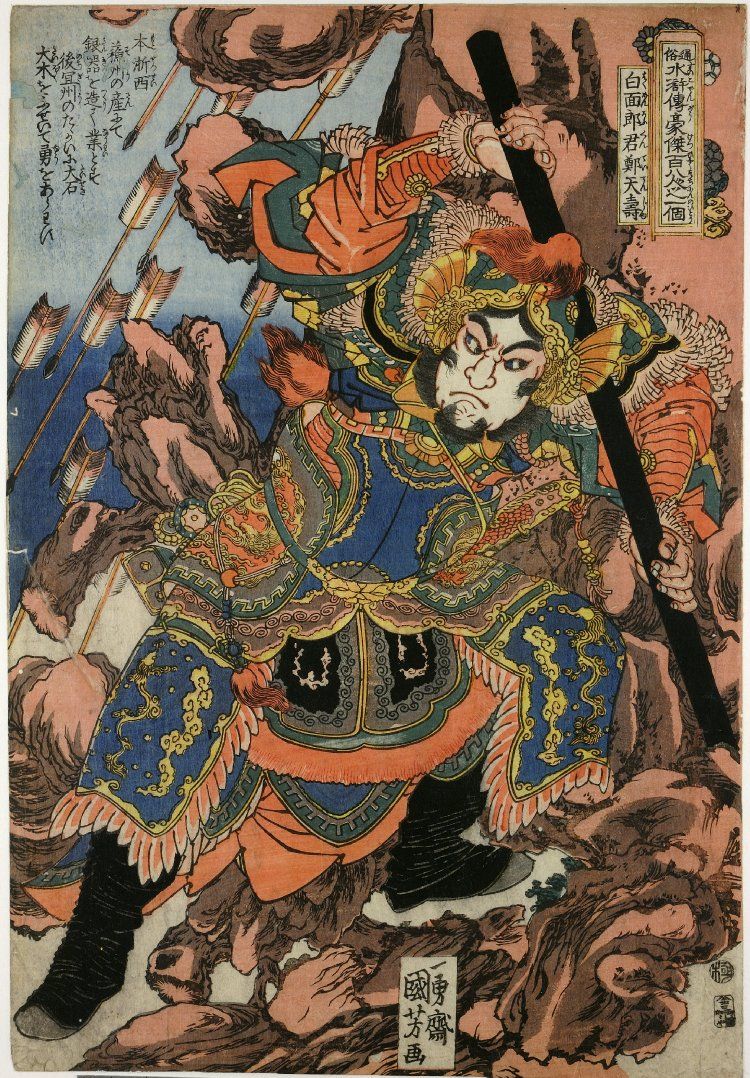 Pictured above: Like a number of influential leaders and military heroes across China’s 5,000-year history, Liu Bang has been deified as a temple god, portrayed here as Han Gaozu.

Han, pronounced with the fourth, downward tone comes from the name of the river flowing through Liu Bang’s first kingdom (part of northern Hubei and part of southern Shaanxi provinces). It’s 1,532 km long and is the longest tributary of the Chang Jiang (The Long River, 6,300 km long, aka Yangtze River). 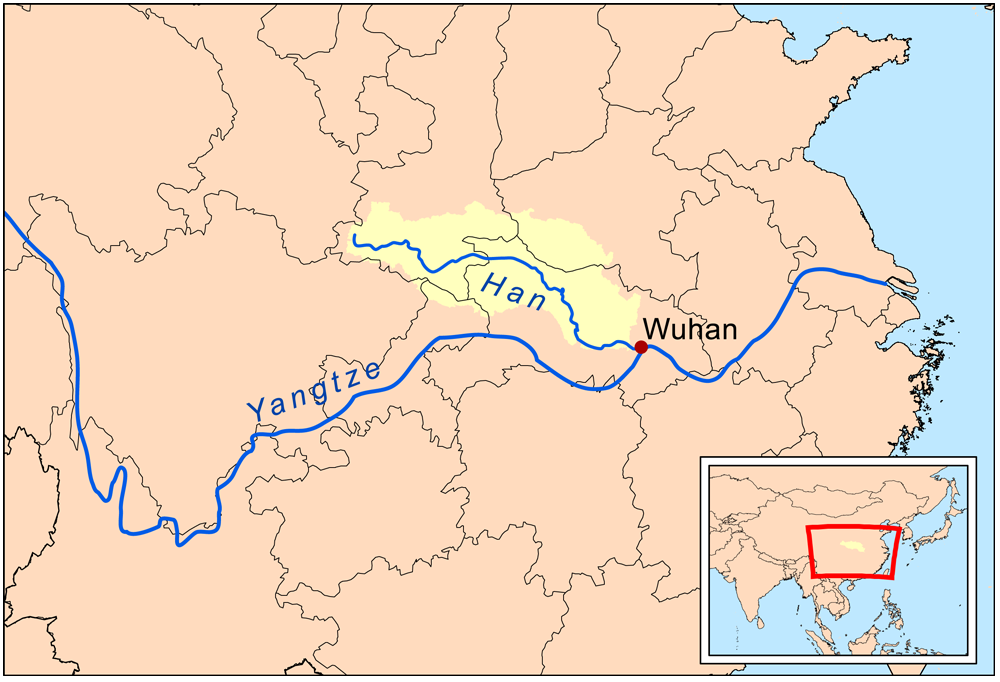 Pictured above: a map of the Han River flowing from Shaanxi Province to the northwest, down to Wuhan, in Hubei, where it drains into the mighty Chang Jiang (Yangtze River).

This is not to be confounded with Han, pronounced with the second rising tone, the name of a river in Korea.

Interestingly, the state of Qin gave China her present-day international name through the Sanskrit word Ćina. For the Chinese people, their country is called Zhong Guo, the State at the Center or the Central State.

The song in Episode 41 is the modern version of a short poem composed by Liu Bang when he returned to his village in November 196 BCE, at almost 61 years of age, 11 years after he accepted the surrender of the last Qin sovereign, King Ziyang and six months before his death on the first of June in the year 195 BCE.

Liu Bang’s Han Dynasty was truly the beginning of a new world order.

The defeated Qin King Ziying was the scion of the Noble House of Ying, noblemen for more than 2,000 years, having a fief for 650 years, a principality for 450 years, a kingdom for a century and an empire for 15 years. And his opponent was a nobody and this nobody ends up becoming The Lofty Progenitor (Gaozu) of a dynasty that lasted four centuries (the Han Dynasty). All this because his innate, luminous virtue was true; he has been granted the Heavenly Mandate, because he was the Son of Heaven. 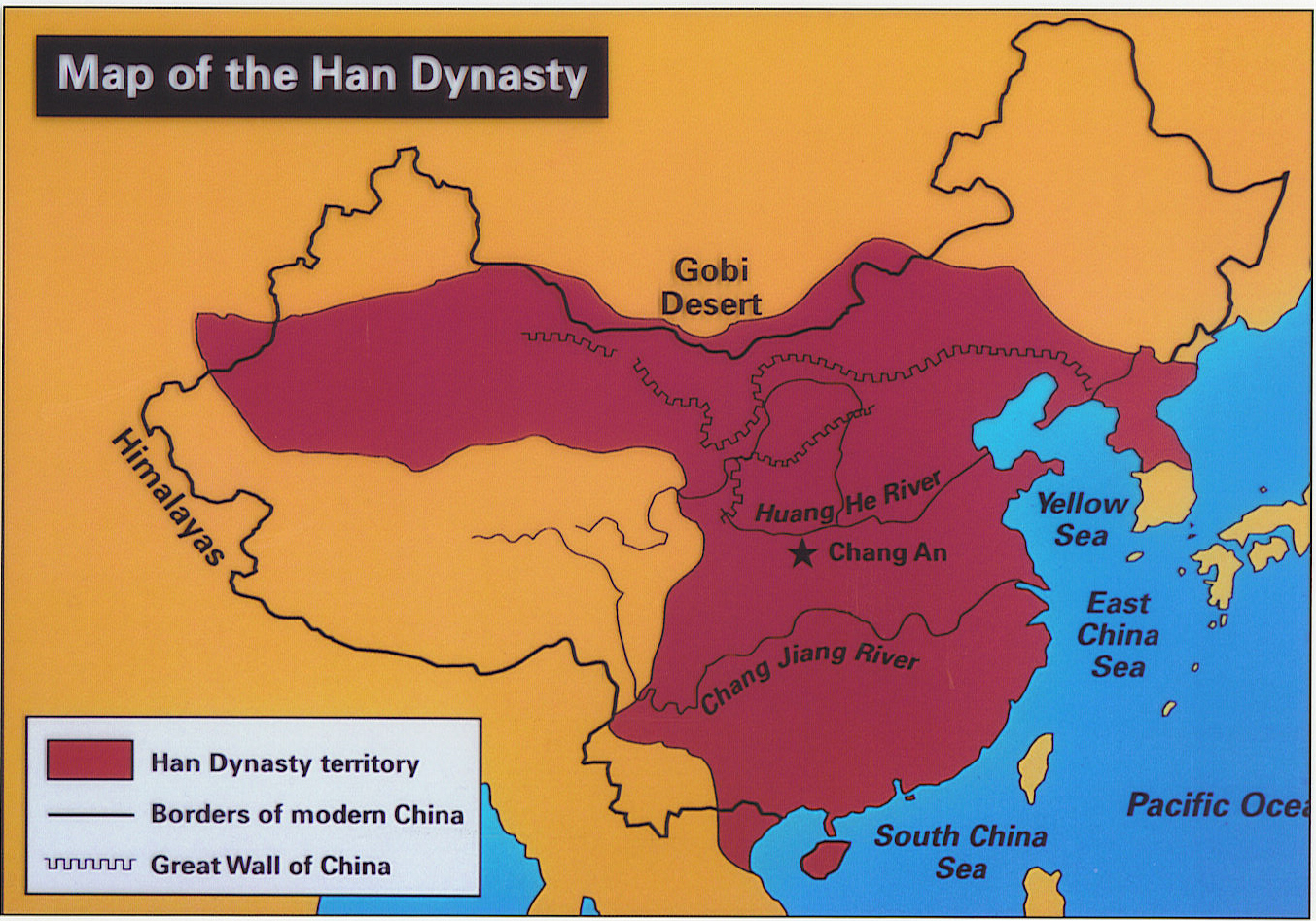 Pictured above: the Han Dynasty, founded by Liu Bang.

For many, maybe most Chinese, Mao Zedong (born 26 December 1893, died 9 September 1976) was a Son of Heaven. When he died, there was a massive earthquake near Beijing, at Tangshan. For many Chinese, it was the celestial confirmation of his status. The traditional ritual expression to announce the death of a Chinese Emperor was jia beng, meaning the mountain has collapsed. 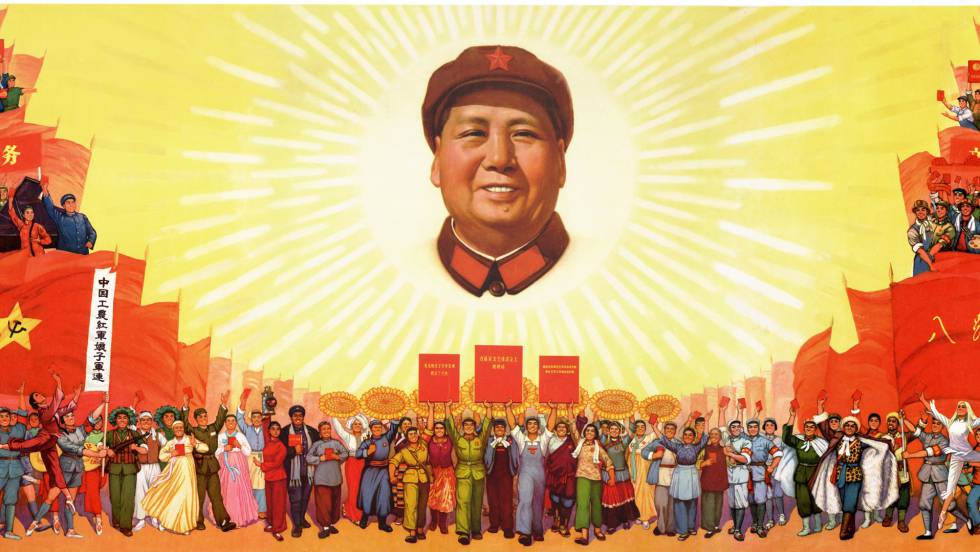 Pictured above: Mao Zedong, deeply honored by the vast majority of the Chinese nation to this day, portrayed as the rising sun in the East.

I will first give the Pinyin phonetic transcription of the original poem created by His Majesty Liu Bang 22 centuries ago and after it the English translation by Burton Watson.

The contemporary words sung in the video are not the same as the ones of the original poem except for the first six words:

(and the old interjection Xi1 removed)

The word Xi at the end of lines 1, 3 and 5 is the equivalent of the western exclamatory interjection “O”:

The title of the poem is,

The Great Wind comes forth;

The clouds rose on high.

Now that my might rules all within the seas,

I have returned to my old village.

Where shall I find brave men

To guard the four corners of my land?

I am aware that sharing cultural belongings’ mystique is not obvious for people having different cultural backgrounds, but I hope that you will feel something of the emotion, of the timelessness…

Feel free to download the entire 70-episode movie series, with English subtitles, from my extensive Chinese movie collection! You’ll LOVE it, all 35GB,