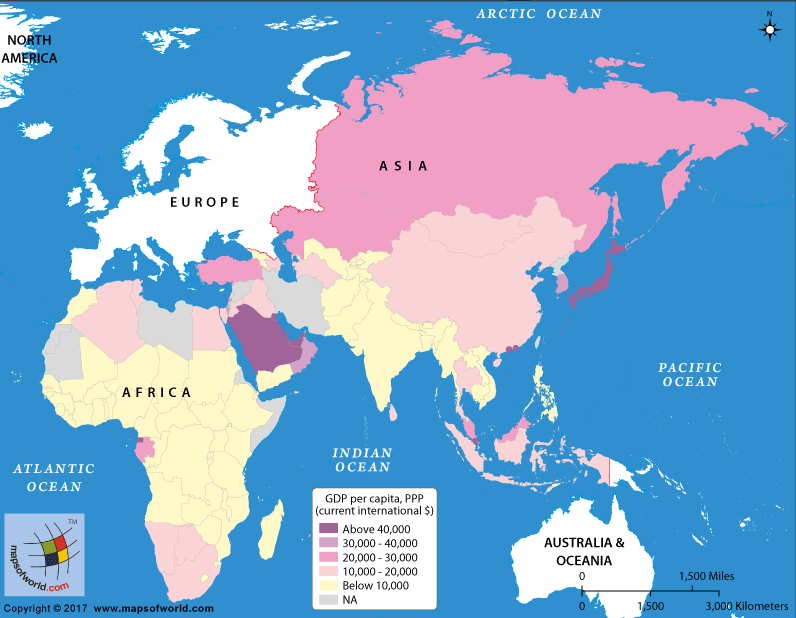 Pictured above: Asia includes all the Middle East, with the Gulf States and Iran. They, along with Africa are looking towards China for the 21st century. Eurangloland is losing its Cold War full spectrum dominance on the Global Majority – fast.

Brighteon did not like this small format for videos, so it can only be watched here or on Substack: https://jeffjbrown.substack.com/,

A towering beacon of freedom and democracy, YouTube is blocking me from uploading videos. Please boycott it and from now on, subscribe and follow me on Brighteon above.

Postwar, the West has based its dominating, controlling and hegemonic imperialism on petroleum supplies.

From the Western backed coup in Syria in 1949 to the 1953 CIA/MI6 coup in Iran to depose the newly elected socialist government, install the dictator Shah, in order to steal back British Petroleum from the people; to Libya and Iraq in the recent past – controlling and exploiting other people’s oil and natural gas figures hugely in Eurangloland’s goals of global colonialism.

Richard Nixon famously took the Bretton Wood US dollar off the gold standard in 1971, thus making it a pure fiat currency, with no intrinsic value other than “the good faith of the US government”. Middle Eastern oil producers, Saudi Arabia at the helm, agreed to support the dollar’s value by only accepting it, and no other currency on earth, with which to buy oil and gas. This, in exchange for Uncle Sam’s military protection across the Persian Gulf.

The West was assured the lion’s share of infrastructure, engineering and equipment contracts, freezing out the Soviet bloc and Asia. Suddenly, the whole world needed US dollars in its coffers to buy hydrocarbons, thus giving the United States a blank check of sorts, to print lots of money and go into ever growing national debt. It has also greatly overvalued the greenback, especially as the country’s ballooning $30 trillion debt and growing, will never be paid back.

This is why China President Xi Jinping’s visit to Saudi Arabia (KSA), with Gulf Cooperation Council (GCC) and Arab State Summits last week is so earth shaking, because it signifies the dramatic unraveling of this 50-year-old entente. Since 2020, the Biden administration has seemingly done everything in its power to piss off once uber-reliable ally Saudi Arabia. This includes publicly berating Saudi leadership for the murder of journalist Jamal Khashoggi and not regretting making the kingdom a “pariah state” (https://www.foxnews.com/politics/biden-confronts-saudi-crown-prince-khashoggi-killing). This is what is known as Western empire’s way of making friends and influencing people. This, coming from a country that exterminates millions of people a year via invasions, occupations, bioweapons, proxy wars and war-crime sanctions on much of the Global Majority.

Maybe Foggy Bottom (US Department of State) hasn’t been paying attention that as far back as 2016, KSA has been making plans similar to Made in China 2025, and several other national Sino-projects stretching out to 2049 (https://english.alarabiya.net/News/middle-east/2016/09/04/Prince-Mohammed-to-explain-Vision-2030-to-G20-leaders). For Western empire, those dirty, Muslim ragheads are supposed to adopt what it dictates, and not have visionary dreams for their people on their own. At its dark heart, Eurangloland is hopelessly hubristic with its Seven E’s of Racism,

Even still, it goes further back than that. China’s rapid, peaceful, win-win economic and development rise on the world stage, especially the everyone-wants-to-join-since-2013 Belt and Road Initiative (BRI) is too good to pass up, with the Gulf States seeing huge opportunities for their peoples’ prosperity.

Above: Saudi Arabia and China have much in win-win cooperation under their belts (pardon the BRI pun), with only upside potential in the future.

Iran already joined the China-Russia centered Shanghai Cooperation Organization (SCO) and is making a huge pivot to Asia (http://eng.sectsco.org/). This probably figures into the Gulf States’ strategies, with the prior being a huge cog in BRI. NATO member Turkey is also an SCO dialogue partner, which is telling.

Iran just requested membership in BRICS, and suddenly Muslim Saudi Arabia, Egypt and Turkey are jumping on board too. BRICS has its New Development Bank (NDB), largely capitalized by China, which also offers attractive financing outside the lemon-squeezing loan shark/color revolution racket forced on so many countries by the World Bank and IMF. Not to mention Iran has already inked a 25-year multi-gazillion cooperation agreement with China, and is in the process of developing one with Russia. Scratch the headlines and Eurangloland only offers imperial weapons, occupation and sabotage.

There is also the little-known Eurasian Economic Union (www.eaeunion.org/?lang=en), founded in 1994, centered around Russia and its surrounding countries, as an anti-imperial option. Asian Iran and the Gulf States would be a natural fit. Even faraway Cuba has EAEU observer status.

Did you know about the Collective Security Treaty Organization (CSTO – https://en.odkb-csto.org/), Asia’s counterweight to NATO? Iran is also working towards becoming a member too.

The Gulf States are also founding members of the Asian Infrastructure Investment Bank (AIIB), another visionary China development, which serves as even more anti-imperial World Bank-IMF competition. You might think of the Middle East, but remember, it is the westernmost part of the Asian continent.

Thus, Xi’s visit could not be timelier. After Biden’s disastrous July visit to Saudi Arabia, rumors abounded that the Kingdom was developing a Chinese yuan/RMB oil/gas contract, which would acknowledge the end of the US dollar’s control over world affairs. Now, during Xi’s visit, he announced that everyone was welcome to buy oil on the Shanghai Petroleum and Gas Exchange, which up to now, for international shipments, has been dollar-based (https://www.reuters.com/business/energy/chinas-xi-tells-gulf-nations-use-shanghai-exchange-yuan-energy-deals-2022-12-09/). Xi’s invitation includes RMB oil and gas contracts. If used extensively, it’s the end of the Bretton World as we know it. It has become so pervasive across global markets and harked throughout Xi’s Middle East visit, there is a new term for it, non-dollar trade (https://thesakeris.global/2022/12/09/non-us-dollar-trade-is-now-a-marketing-term/).

It goes beyond that. Does Saudi Arabia still need US muscle? Or, are they afraid all those American troops and their military bases inside their country may be turned on the royal palace? Crown Prince Mohammed Bin Salman and his aging father, King Salman bin Abdulaziz Al Saud know that the United States has never honored a treaty or agreement that gets in the way of its psychopathy, for full spectrum global dominance of hydrocarbons. Afterall, China is KSA’s biggest petro-customer, India comes in second, and all three of these countries are flouting the West’s attempts to destroy Russia with blockades and sanctions.

It is not just Saudi Arabia. All of the other Gulf State countries, the United Arab Emirates, Kuwait, Qatar, Bahrain and Oman are militarily occupied by the United States. After visiting KSA, President Xi held a special China-GCC Summit, where both sides regaled each other with their mutually shared, global, millennial civilizations (https://www.globaltimes.cn/page/202212/1281640.shtml). China’s Silk Roads have been peacefully trading, exchanging culture and technology with the Middle East and Africa since the times of Jesus Christ. That can’t be said by Uncle Sam.

Not to leave anybody in the Arab World out, the same win-win, millennial assurances were shared at the back-to-back China-Arab State Summit, which included all the other countries in North Africa and the Middle East, except Persian Iran. Iran is not concerned about not being “Arab”, with all it has done to cooperate with China and Russia, discussed above. Xi even made it a point to meet the president of Israeli-colonized Palestine, Mahmoud Abbas.

Above: China and the Arab World go together like Sino-hot pot and Middle Eastern, flat bread shawarma.

One final important observation. The world’s 1.8 billion Muslims feared communism during the Cold War, as it officially rejected religion. It was mostly bark and no bite, as the peoples of China, Vietnam, DPRK, Cuba, the USSR and elsewhere continued to practice their faiths, including their Muslims. However, the global capitalist West made the most of it in its Big Lie Propaganda Machine (BLPM), which much of the Muslim World bought into. Iran, the Arab and Muslim Worlds now realize that China never had an interest in, and still has no interest in meddling in their internal affairs, be it spiritual or material.

In closing, ten, twenty, fifty years from now, objective history books will look back on Xi Jinping’s 2022 pan-Arab visit and summits as a catalytic, tectonic shift in geopolitics, global trade and economics, from the West to Asia.

It is that big of a deal. 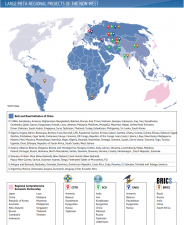 Above: going to press, I just added this excellent world map that features the various Global Majority organizations discussed today. It is from the 2022 Valdai Summit.

Do yourself, your friends, family and colleagues a favor to make sure they are Sino-smart:


44 Days print and ebook on Amazon,

BIG Red Book on China print and ebook on Amazon,

Praise for The China Trilogy,