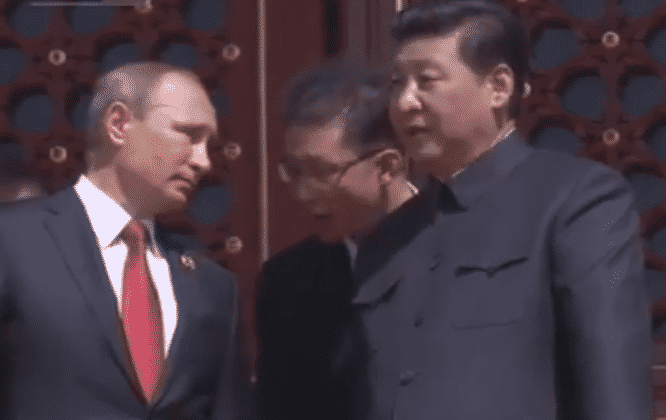 Downloadable YouTube video, as well as being syndicated on iTunes, Stitcher Radio, RUvid and Ivoox (links below),

Please note that this article and podcast were made exactly one year ago today, to analyze and interpret China’s new national memorial day. It is still very valid and germaine…

Cross linked with The Saker Xi’s spirit, intentions and message to the world were all over today’s parade. He led the entire event from start to finish. (Image by 44 Days Radio Sinoland
Why and How China works: With a Mirror to Our Own History