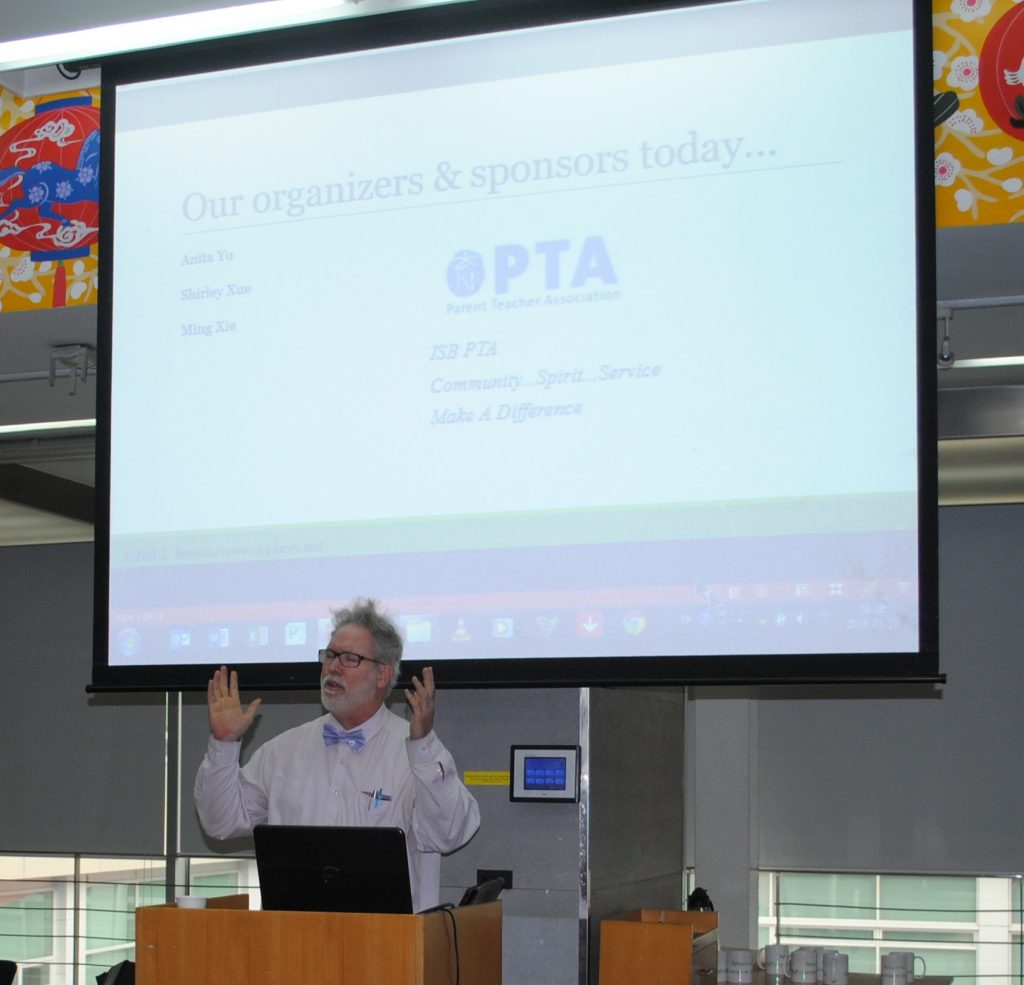 Pictured above: surprising the bejeezus out of most of the audience that day…


On 2014.3.17, Jeff J. Brown, author of 44 Days Backpacking in China, gave a talk at the International School of Beijing Parent-Teacher Association.

Sweeping in scope, Jeff’s ISB talk is a deeply personal, soul searching and boundary breaking presentation. It will challenge your notions of the human condition, as he compares the history and current events of the West vs. China. This talk is the crystallization of Jeff’s philosophical and spiritual renaissance during his 12,000km, 44 Days journey in Western China, coupled with the many hundreds of hours of research he conducted during the year taken to write his book.

Jeff takes you on a breathtaking, wide ranging voyage of discovery, which covers seven fascinating and critical topics:

Depending on where you are in Life’s journey, you will either cheer Jeff on, listen in amazement or suffer bouts of consternation. Howard Zinn famously said, “You can’t be neutral on a moving train”. See what you think.