Note before starting: I had a wonderful written interview with Terje Maloy (https://chinarising.puntopress.com/2018/12/25/terje-maloy-on-wwi-propaganda-nothing-has-changed-in-100-years-china-rising-radio-sinoland-181225/). He is Swedish, so he brings a refreshingly different, Nordic, non-Anglo point-of-view to the subject at hand. His written translation English is outstanding in German as well, so he did just that for an amazing talk given by journalist Udo Ulfkotte, who totally exposed how the the CIA-MI6-DGSC-DNS complex totally controls Western mainstream media. After watching it, you will see why I created the name, “Western Big Lie Propaganda Machine” (BLPM).

Communist-socialist citizens know their media is state-owned, managed and support it. Year after year, in international poll after poll, +65% of Chinese give their media a big thumbs up. The US? Around 40%. Don’t believe me? Here are the latest results. They say a picture is worth one-thousand words: 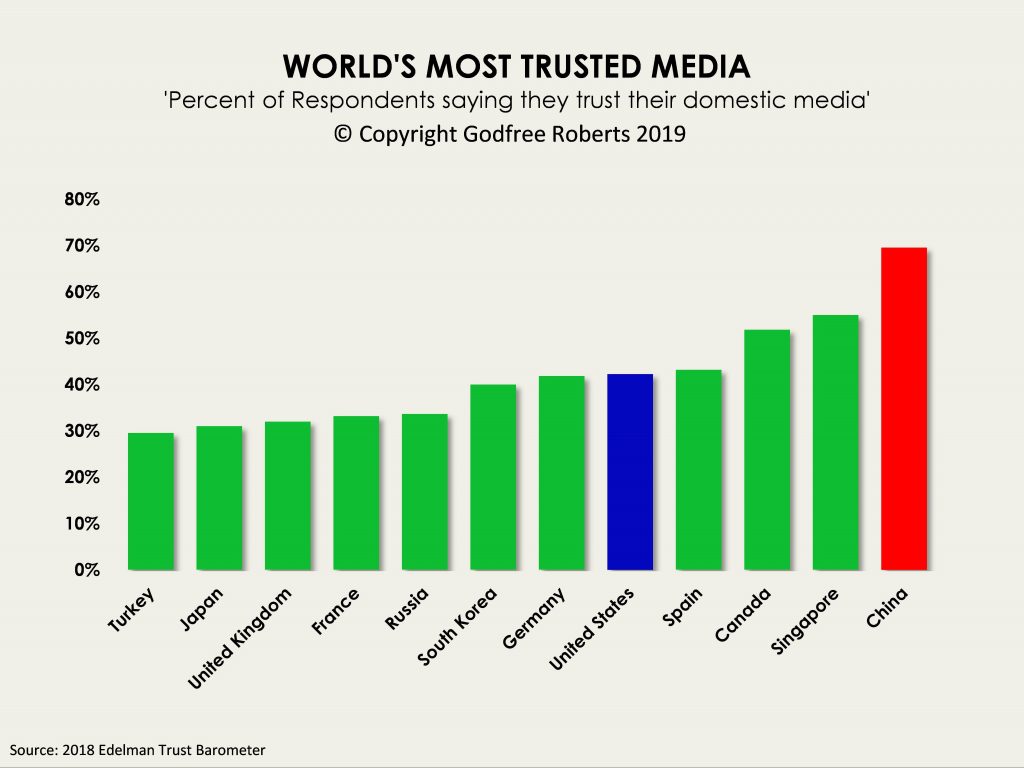 While there: be sure to make a donation to The Greanville Post. Patrice, the Editor-in-Chief still owes thousands of dollars to greedy, private banksters, paying interest to keep TGP and China Rising Radio Sinoland available for your pleasure and knowledge. He needs to get these damned loans paid off. If TGP shuts down, this site dies with it. Any sized donation is a step in the right direction. Puh-LEEZ!

The buck stops with YOU. If you don't share this, who will?
Categories: Deep State, US Empire
| Tags: Big Lie Propaganda Machine, BLPM, CIA, Journalism, Propaganda, Terje Maloy, The Greanville Post, Udo Ulfkotte