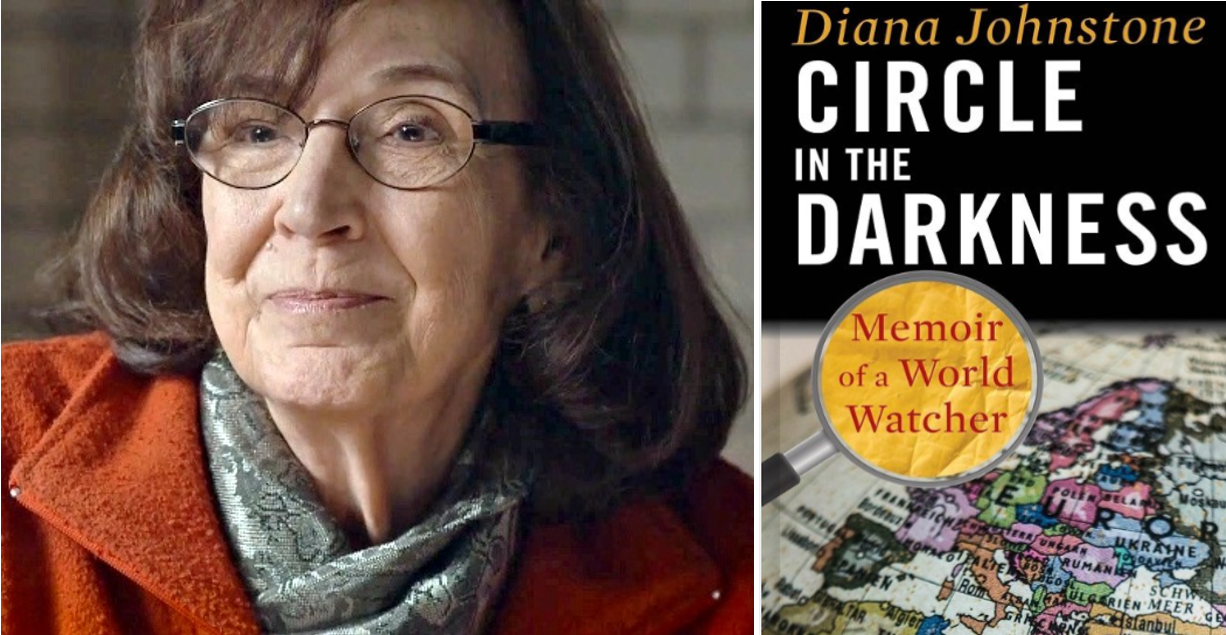 Pictured above: esteemed author and journalist Diana Johnstone and her latest book, “Circle in the Darkness: Memoir of a World Watcher”.


China Rising Radio Sinoland · Diana Johnstone talks about her amazing new book-"Circle in the Darkness: Memoir of a World Watcher"

What a treat to have Diana Johnstone back on the show today, to talk about her amazing new book, Circle in the Darkness: Memoir of a World Watcher. Diana joined me two years ago for another eye-opening show,

French politics reveal why the West is such a mess. Diana Johnstone tells it like it is on China Rising Radio Sinoland 20170425

A little about Diana before starting,

A native of Minnesota, raised in New Deal Washington, Diana Johnstone has spent more than half her life in Europe as a political observer and journalist, working for Agence France Presse, for In These Times as European Correspondent, and as press officer for the Green Group in the European Parliament. She holds a BA in Russian Area studies and a PhD in French literature. She is author of five books including:

I always support independent book publishers and sellers whenever possible and hope you do too.

You can buy From Mad to Madness and Circle in the Darkness (our point of discussion today) directly from Clarity Press. the ebook has no DRM and you get both Kindle and Apple versions for one price. What a great deal!

Politics of Euromissiles is on offer by several indie book sellers,

Queen of Chaos is also available from Counterpunch,

Don’t have the cash? Ask your municipal library, school, university, place of worship or book club to order, so other people can learn and get smart too!

You can find her journalism here:

Diana can be reached at diana.johnstone@wanadoo.fr

2 thoughts on “Diana Johnstone talks about her amazing new book, “Circle in the Darkness: Memoir of a World Watcher”, on China Rising Radio Sinoland 200521”