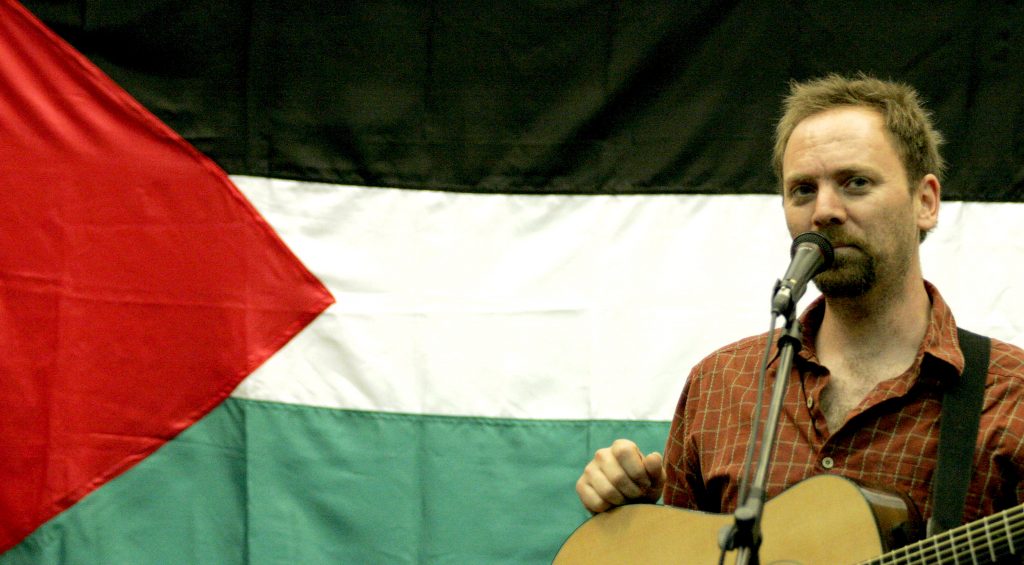 Pictured above: David Rovics playing his heart and soul to create a more just and equitable world for the 99% of humanity. In this photo, he was in Nablus, Palestine.

When I say that David Rovics is the Woody Guthrie of our times, I don’t mean it frivolously. I grew up in the American State of Oklahoma, which was Woody’s birthplace, so for me, a lot of regional, cultural pride in on the line. When we were living there 2001-2010, my family and I went to several of the annual Wood Guthrie Music Festivals, always around his birth date, July 14th, in his home town of Okemah. His son, Arlo would come, along with other folk notables, to honor a true anti-capitalist genius.

I was raised and educated in uber-conservative Oklahoma to get a very sanitized impression of Guthrie. The fact that Woody was a communist-socialist (he said he joined the Communist Party, but there is no record of it) was very suppressed, and we were left singing his iconic This Land Is Your Land at school assemblies. In reality, this song was a stinging socialist retort to Irving Berlin’s God Bless America, which was also never mentioned. 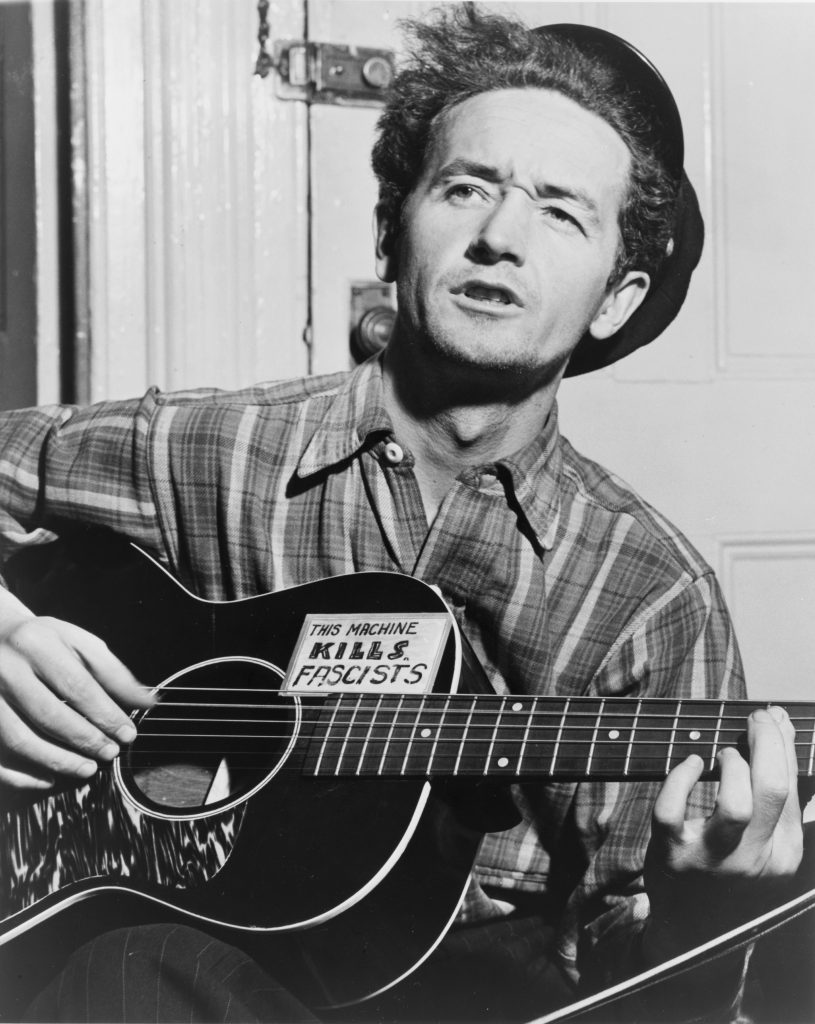 That fact that Woody Guthrie was an out and out communist-socialist is usually extirpated, when mainstream people write and talk about him. He was known for putting stickers on his guitar that said, “This Machine Kills Fascists”. That’s what communists do.


Like Woody, David Rovics is a writer, having published a book and maintaining a blog. Woody wrote 174 articles for the Communist Party newspaper, The Daily Worker, under the nom de plume, Woody Sez (http://www.oklahomaconstitution.com/ns.php?nid=382).

Finally, like Woody, Rovics has not sold out for money and mainstream acceptance. We can all agree that artists like Bob Dylan wrote some great antiwar, anti-establishment songs. But, as his career progressed, Dylan mostly abandoned the good fight and went for big bucks and headline fame. Like Woody, I don’t ever see David doing that. If anything, his anti-imperial, communist-socialist message is getting more on-target and Promethean.

David was on the show in June, 2016 and as I’ve continued to follow his work, I thought it would be fun for us and our fans to catch up on his career and talk about his incessant fight against the ongoing machinations of the global capitalist killing machine. Here is our first talk, which is an excellent discussion for all:

To learn more about David, here are his websites:

The Al-Jazeera documentary Al-Nakba, about the ongoing Palestinian genocide is here:

David also recommends taking a look at the following artists:

As well as reading the following books:

1491, Owning the Earth, Evicted, White Trash; Death of the Liberal Class, by Chris Hedges; and An Indigenous People’s History of the United States, by Roxanne Dunbar-Ortiz

One thought on “David Rovics is the Woody Guthrie of our times, interviews on China Rising Radio Sinoland 181030”