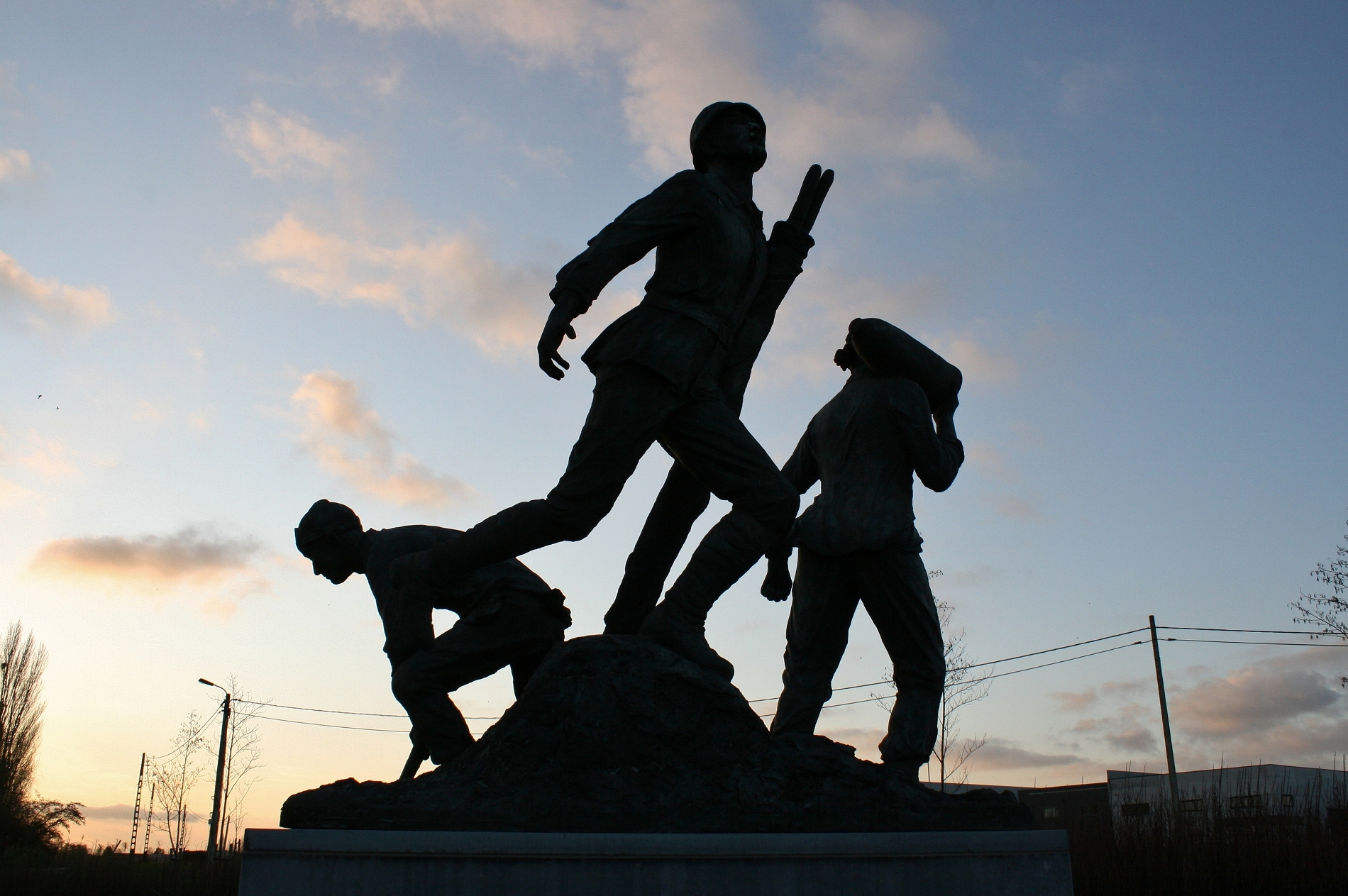 Pictured above: The humble and under-assuming memorial monument in Poperinge, Belgium to honor the huge World War I Allied Chinese Labor Corps. Better late than never.


China Rising Radio Sinoland · How Did France And Britain Exhaust Germany In WWI? It Was 180,000 Chinese Workers Who Saved Them

In The China Trilogy (https://chinarising.puntopress.com/2018/06/30/praise-for-the-china-trilogy-the-votes-are-in-it-r-o-c-k-s-what-are-you-waiting-for/) I wrote a lot about China’s critical role during – and its ultimate betrayal – after World War I. I read books and did extensive research. My investigation led to spending time in and around the obscure WWI Chinese Cemetery, called Nolette, in Noyelles-sur-Mer, France – the heart of the Somme – where the war ground to a standstill for years (https://www.travelfranceonline.com/nolette-chinese-cemetery-noyelles-sur-mer/).

If you watched/listened to/read my interview with David Pear, you know WWI was intentionally planned years in advance and then prolonged unnecessarily by Britain and France, all to totally destroy Germany, a much superior industrial, trade and maritime competitor, which they could not beat (https://chinarising.puntopress.com/2021/06/21/david-pear-discusses-all-his-research-and-reading-about-who-and-why-wwi-was-started-then-prolonged-msm-and-your-textbooks-are-all-lies-china-rising-radio-sinoland-210621/). Our wonderful discussion was based on David’s revealing Greanville Post exposé on the war’s origins (https://chinarising.puntopress.com/2021/06/06/the-first-world-war-cecile-rhodes-and-conspiracy-facts-by-david-william-pear-the-greanville-post/).

Of course, the USA got into the fray for imperial riches, based on the false flag Lusitania sinking. To learn about that sordid plot, read my interview with Terje Maloy, who did some great research on it (https://chinarising.puntopress.com/2018/12/25/terje-maloy-on-wwi-propaganda-nothing-has-changed-in-100-years-china-rising-radio-sinoland-181225/).

To keep the war grinding on, Western empire used, maimed and sent to their deaths millions of fellow citizens and soldiers. Still, this human cannon fodder was not enough. Without the Chinese Labor Corps (CLC), up to 180,000 strong (estimates range from 140,000 and on up), it is unlikely the Allied Powers could have achieved their goal of utterly destroying Germany economically and infrastructurally.

At the Nolette Chinese Cemetery, I spent time with the curator of the little local museum that honors the CLC. After visiting all the displays and seeing that I was sympathetic to their plight, he opened up to me and was in tears telling me what really happened in the CLC camps, all of which I reported in The China Trilogy (see below). The British and Americans, in keeping with their racist beliefs (http://chinarising.puntopress.com/2018/01/06/slavs-and-the-yellow-peril-are-niggers-brutes-and-beasts-in-the-eyes-of-western-empire-china-rising-radio-sinoland/), treated their Chinese subjects worse than feral dogs, nevertheless the French were less savage. In any event, many more died or were killed, who never got officially registered or properly buried.

In fact, Chinatown in Paris was founded by some 2,000-3,000 of the CLC members, whom France let stay, whereas all the other used and abused survivors were promptly shipped back to their homeland, unwelcome in the rest of the West.

Thinking that this cemetery was the only tribute in Europe to recognize the long forgotten, heroic CLC, I was pleased to learn from my friend, Frans Vandenbosch (https://chinarising.puntopress.com/2021/10/13/frans-vandenbosch-shares-his-years-of-experience-in-china-and-his-wonderful-book-statecraft-and-society-in-china-grassroots-politics-in-china-china-rising-radio-sinoland-211013/) that there is a memorial in their honor, in Poperinge, Belgium, about 60km to the northeast of Nolette Chinese Cemetery. He was nice enough to send me photos, which are below. Enjoy and join me in honoring these brave and tireless workers who saved the Allies’ butts and assured them of grinding Germany into postwar misery.

The irony of the Allies achieving their anti-German victory is that it afforded them the opportunity to turn over Germany’s renounced Shandong Province in China to imperial Japan, keeping their secret promise to the Japanese Emperor to do so, for staying out of WWI, and betraying the Chinese, who were publicly promised the return of Confucius’ birthplace, for sending all those CLC workers to Europe. The humiliation of the 1919 anti-Sino-Versailles Treaty was so outrageous and insulting to the Chinese Nation, that millions rose up in protest. This began the anti-Western, anti-imperial, anti-colonial May 4th Movement, which in turn heavily inspired the founders of the Communist Party of China, including Mao Zedong, two years later, in 1921.

Now, 100 years later, the generational tables are completely turned. No more 1839-1949 Century of Humiliation for the Chinese people, since communist-socialist liberation. Now it is Eurangloland (NATO, Europe, Australia, New Zealand and Israel) that is desperately fighting off collapse in the longer term and irrelevance in the short (https://chinarising.puntopress.com/2021/09/21/i-cant-keep-up-baba-beijing-and-the-chinese-nation-are-so-unstoppably-prolific-with-high-tech-innovation-invention-infrastructure-space-and-military-that-ive-created-a-hyperlink-library-gr/), while it is the Chinese Nation that is ascendant (https://chinarising.puntopress.com/2021/09/24/the-usa-is-falling-apart-at-the-seams-and-nobody-seems-to-care-the-rest-of-eurangloland-is-hot-on-its-collapsing-heels-this-while-the-chinese-nation-is-a-speeding-infrastructure-and-technology-bulle/).

It is the end of Eurangloland’s 500-year colonial rape and imperial plunder of the world’s human and natural resources, in the name of Orwellian doublespeak “rules-based order” and “Western democracy”. This, while it is the beginning of fairer, more just, more peaceful multipolar world, led by communist-socialist-anti-imperialist peoples, starting with China, Russia, Iran and DPRK, across the breadth of the Asian continent (what I am calling the Asian Quad ((https://chinarising.puntopress.com/2021/05/13/transcript-pepe-escobar-joins-jeff-j-brown-for-a-great-conversation-about-the-us-eu-china-russia-iran-and-dprk-plus-much-more-china-rising-radio-sinoland-210331-2/). They join Cuba, Venezuela, Bolivia, Ecuador, Argentina and other members of Latin America’s ALBA and CELAC. (https://chinarising.puntopress.com/2019/02/07/best-of-the-left-china-rising-radio-sinoland-fans-venezuela-is-the-story-of-the-new-year-stay-informed/).

They all have had total global capitalist destruction declared on them from day one and are still surviving and thriving under wartime conditions, with huge bullseyes painted on the backs of their peoples.

As Fred Hampton, Jr and the Black Panthers say, RIGHT ON (https://chinarising.puntopress.com/2020/05/27/chairman-fred-hampton-jr-the-black-panther-pantha-cubs-their-revolution-for-self-determination-to-serve-the-people-and-fight-the-us-governments-ongoing-program-of-domestic-genocide-on-china/)!

Photo note: the monument is on the corner of Sint-Jansstraat and Visserijmolenstraat in Poperinge, Belgium. 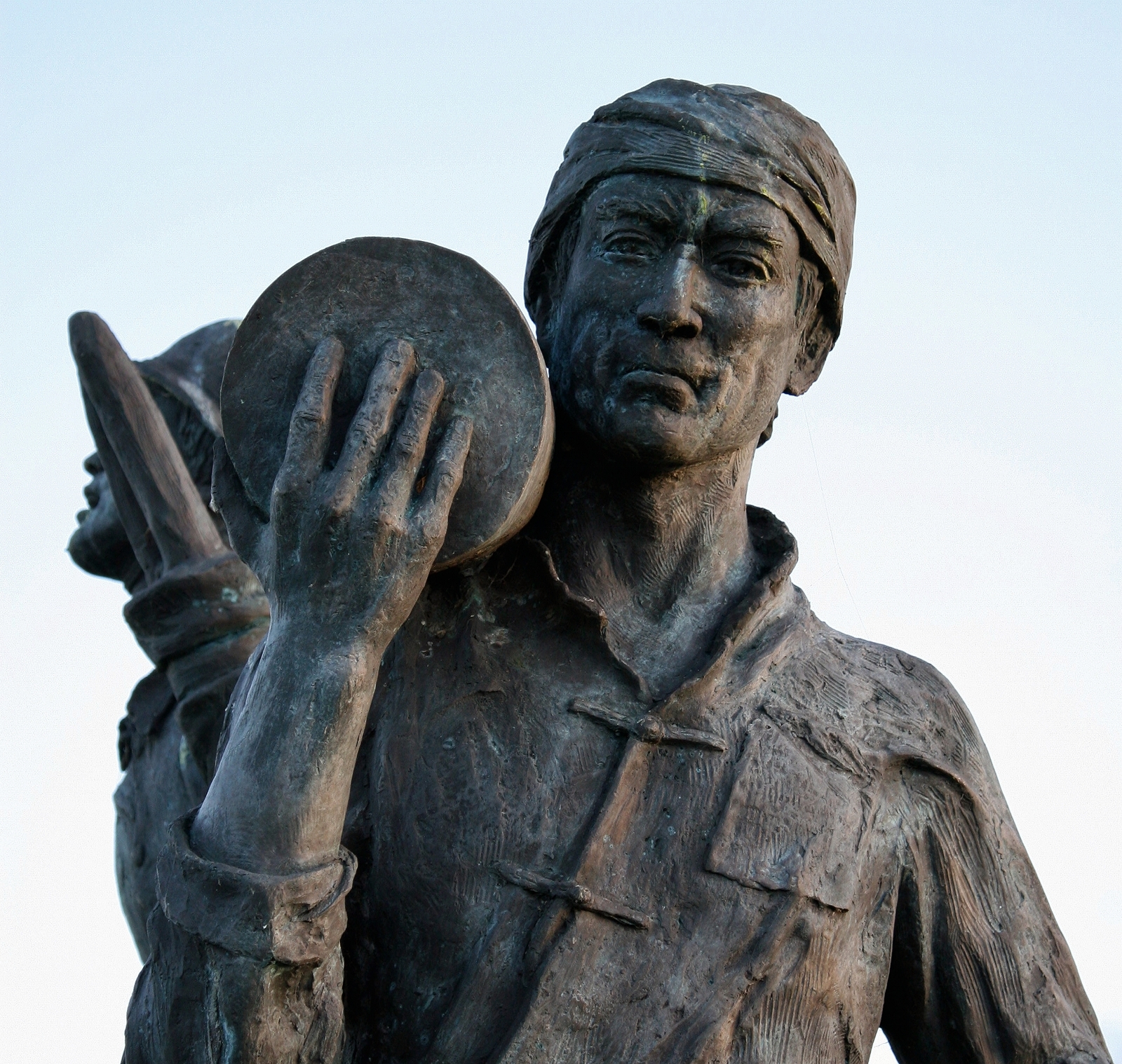 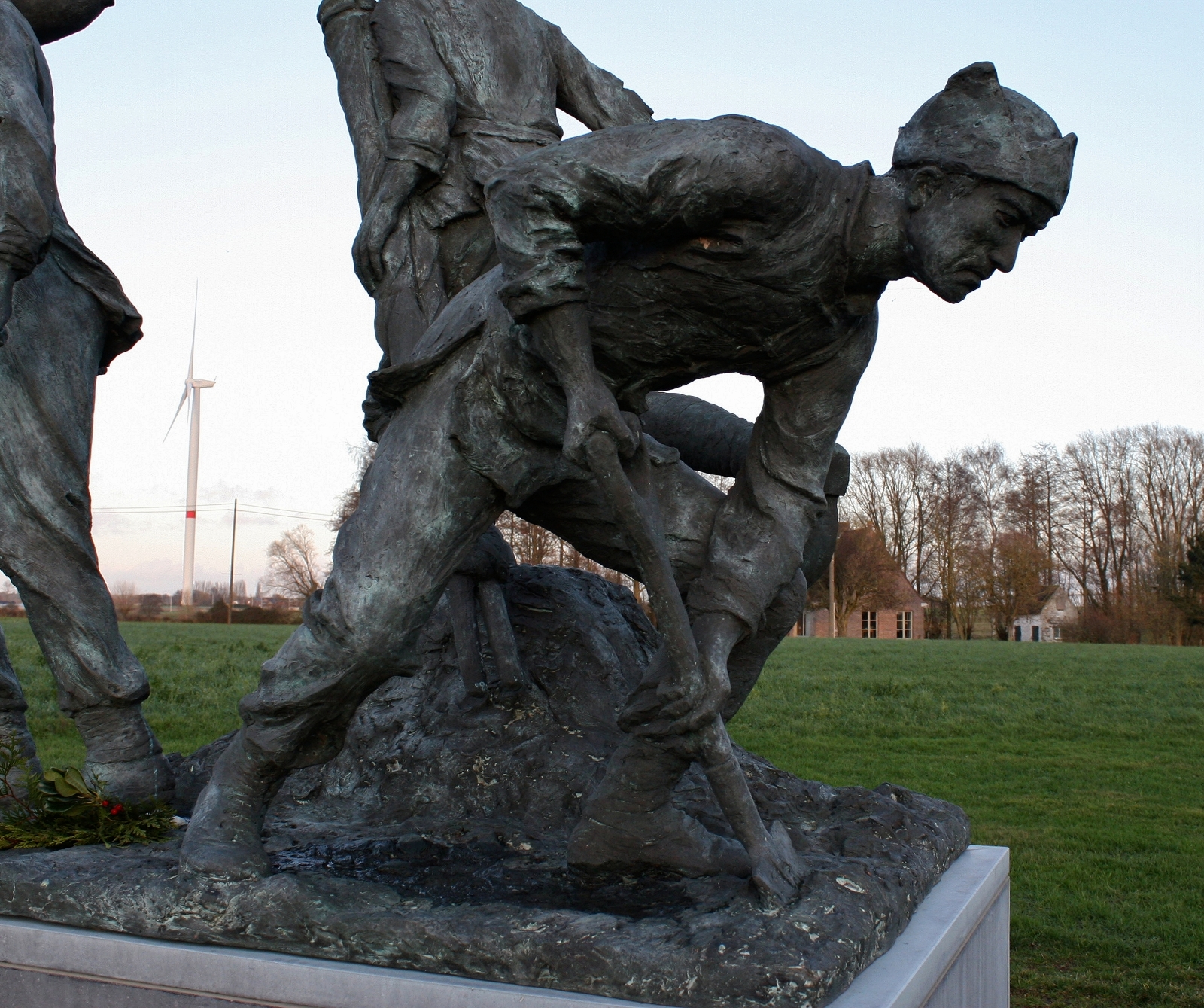 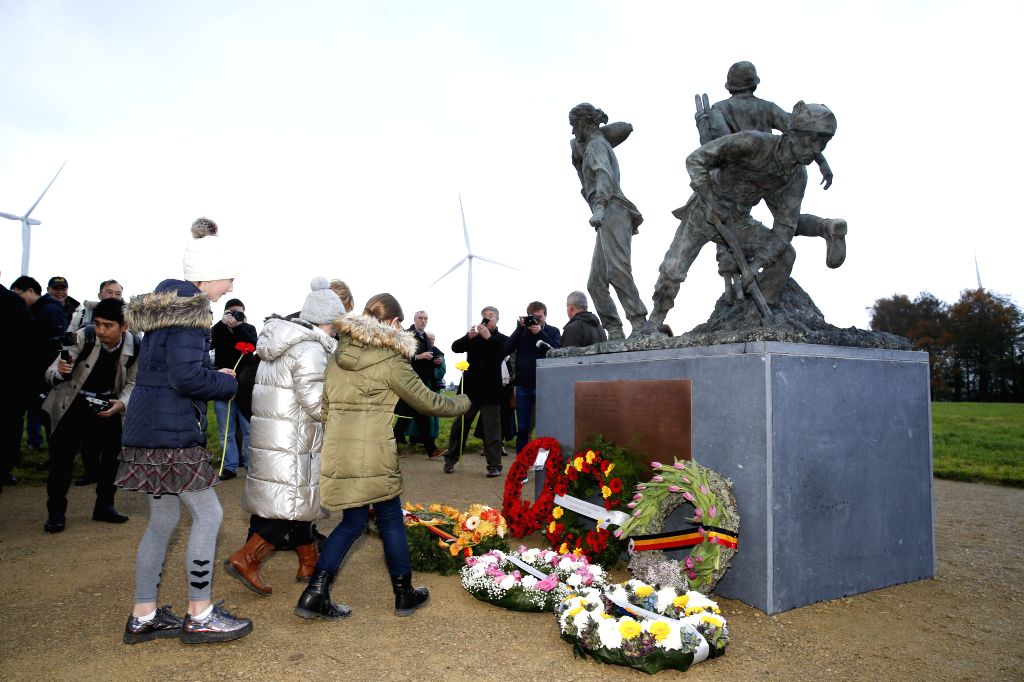 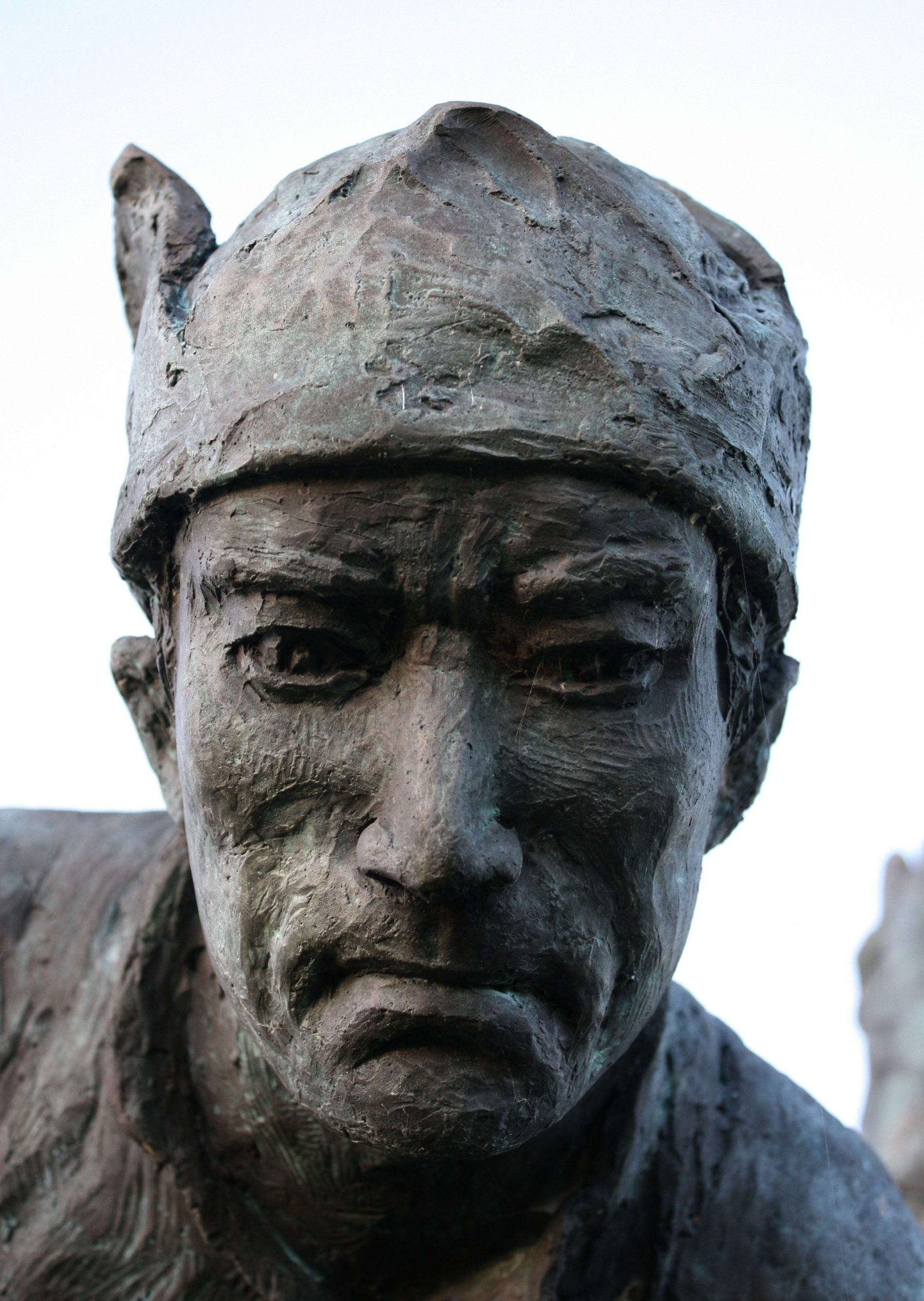 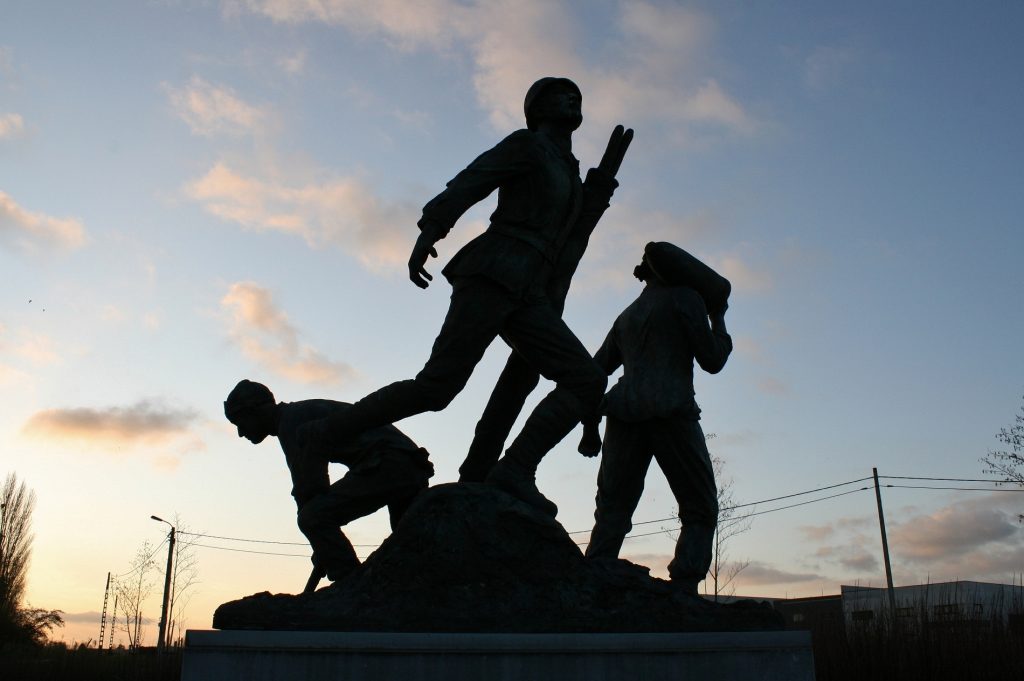