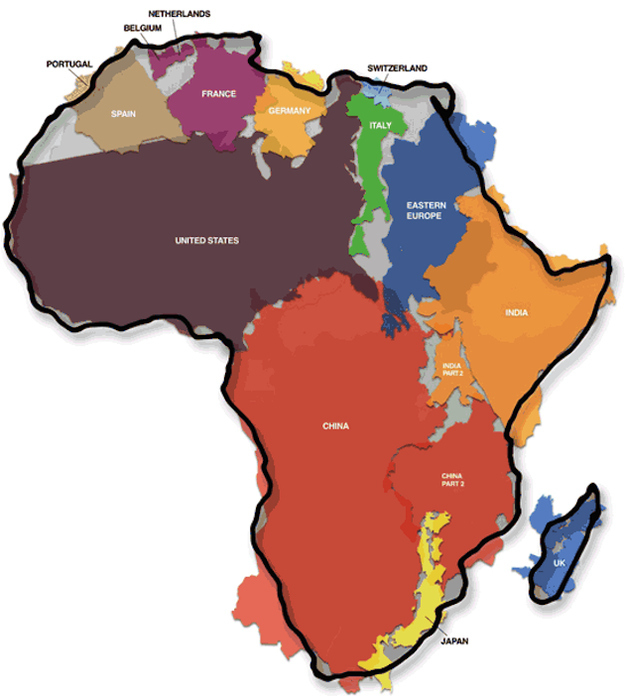 Pictured above: most people cannot fathom immense vastness of Africa. It is as big as the Continental United States, China, India, Japan, Eastern and Western Europe

The buck stops with YOU. If you don't share this, who will?
1
1
Share
Categories: 44 Days Backpacking in China book, china, China history, Deep State, Interview, US Empire
| Tags: Africa