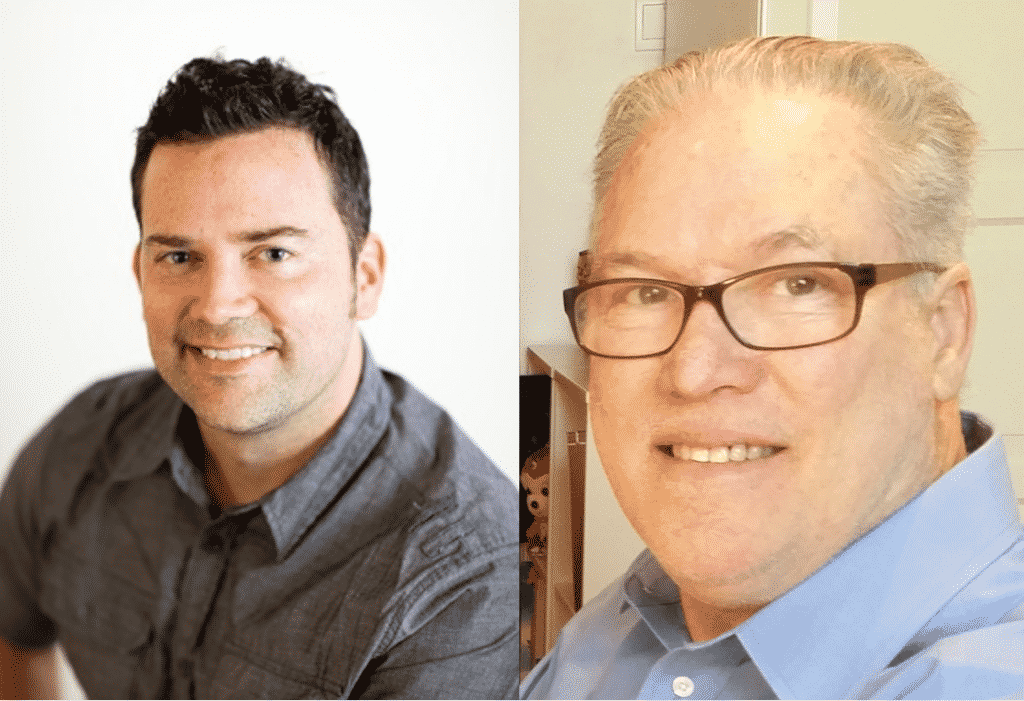 
[dropcap]P[/dropcap]ictured above is Jason Hirthler on the left, in New York and myself on the right, in China. We are twelve time zones apart, geographically halfway around the planet from each other. Yet, we have both succeeded in coming out of the anti-imperialist, anti-capitalist closet, continue to work at normal jobs and have friends and family who respect us. We empathize with you that it may seem like mission impossible. We too face the foghorn of withering Western propaganda, with its relentless societal pressure to conform and be a mindless Myrmidon in the mainstream matrix. But, it can be done. That’s you on the left and the elites’ mainstream media on the right. There’s only one solution: quit watching, listening to and reading their brainwashing propaganda. It’s like a bad drug that makes you stupid and babble. I know, because I used to be a muttering idiot myself. Then, get smart and find your freedom elsewhere in the information world. Read on…

In today’s discussion, you can see by the long list of tag words at the bottom of this page, that Jason and I covered a lot of fascinating and interesting territory. Listen to our stories about how we gained our freedom and dignity, so you too can find the will to liberate your innate intelligence and the courage to unshackle your powers of reason. Regardless of your age, it is never too late. Jason figured it out in his forties, me in my late fifties. Everyone has their own unique life experiences through which to take their journeys of discovery and enlightenment. And there is a critical bonus. It gives you the knowledge and satisfaction of not living the rest of your life as an imperial ventriloquist dummy. That in itself is priceless. 1950’s British ventriloquist Peter Bough on the right and his dummy Archie Andrews, on the left. They are playing the perfect allegory of the West’s deep state and its manipulated masses, respectively. That’s also me on the left, until I was about 58 years old, when I took my life-changing journey across China, in 44 Days (https://ganxy.com/i/88276/). You too can choose to not be Archie Andrews. Read on…

The French have a wonderful proverb, A clear conscience makes a soft pillow. Jason and I both took our separate paths to get there, but we can finally say we sleep soundly at night. You, us, we all deserve the sweet dreams of self-respect.

Jason’s résumé is impressive. He is a writer, media critic, and veteran of the digital communications industry. As a digital media strategist, he is familiar with the techniques and tactics commonly used by mainstream news media to shape narratives that disguise imperialism. He is interested in the false historical narratives that underpin the foreign policies of the United States and which ensure those policies are only feebly resisted. To that end, Hirthler has published more than 150 articles across a variety of progressive sites like Counterpunch, Dissident Voice, and The Greanville Post. He has also authored two collections of his political essays, The Sins of Empire, and most recently, Imperial Fictions. He lives in New York City and can be reached at jasonhirthler@gmail.com. You can read Jason’s work here:

To start debrainwashing, may I suggest replacing your four favorite mainstream media bookmarks with the three aforementioned websites, along with www.chinarising.puntopress.com? I promise you that overnight, your IQ will go up ten points and your self-worth will suddenly find a noble purpose.

Jason and I talked about a few things to follow up with, on your journey to freedom and dignity:

I mentioned Edward Bernays and his classic treatise, Propaganda: http://whale.to/b/bernays.pdf

I also talked about socialist Upton Sinclair and his history changing investigative book, The Jungle: https://www.gutenberg.org/files/140/140-h/140-h.htm

The book I mentioned about the US’s drive to become a global colonial power is: The War Lovers: Roosevelt, Lodge, Hearst, and the Rush to Empire, 1898: https://www.goodreads.com/book/show/7323969-the-war-lovers

Friends and fans of China Rising Radio Sinoland, it’s time to get smart, and to gain your freedom and dignity from our parasitic elite owners. They may own the system, but they can’t control your brains, once you make the decision to cross the Rubicon and into the realm of clarity and truth.

So, just do it. And when you are ready to celebrate leaving the matrix, send Jason and me an email (jasonhirthler@gmail.com and jeff@brownlanglois.com). We’d love to hear your stories of redemption and newfound liberty.

Finally, while you are attending your own Freedom 101 class, don’t forget to read Jason’s and my books. Sharing is caring. Keep posting our work on all your social media. Your contacts will be glad you did. One thought on “Freedom 101 – Jason Hirthler and Jeff J. Brown share their stories of hope, on China Rising Radio Sinoland 171126”