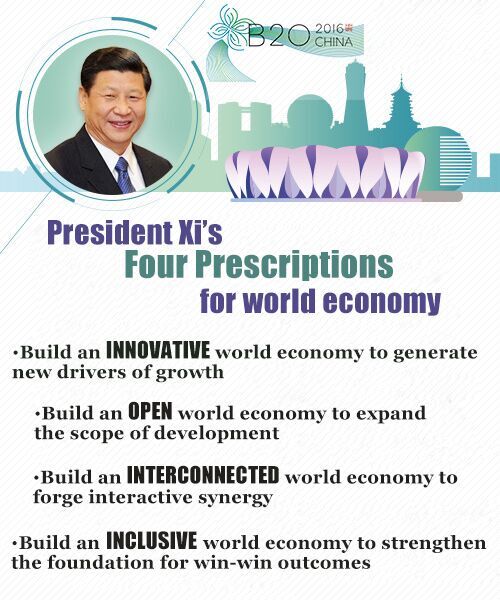 Pictured above: a summary of China’s and President Xi Jinping’s vision for the global 21st century, which was heavily promoted during the recent G-20 summit in China. While mostly denigrated and censored in the West, this platform is happening right under your nose, whether you like it or not. Best to get smart. (Image by People’s Daily)

Dr. Godfree Roberts is a treasure trove for understanding China and how it has, is and will change the lives of Westerners and others around the world.

Using the recent September 4-5, Hangzhou, China G-20 summit as a springboard, Godfree and China Rising Radio Sinoland host Jeff J. Brown lay out why and how your life is being changed in so many ways, slowly, incrementally and often unnoticed – thanks to China. As they discuss, all these Chinese led innovations, planning and investments will eventually create a tipping point, and you will wake up one day, with the way you spend your time and your money turned completely upside down – but for the better, much better.

These two informative, often funny and ultimately hopeful interviews are bookends before and after the most important G-20 summit in history. Listen, so you can start to follow the nearly invisible tectonic shifts, in the way the world is doing business, China style. As Godfree half-joked during the discussion, this knowledge may even help you make some money!

One thought on “No joke: your life is changing faster than you think – thanks to China, with Godfree Roberts 20160925”