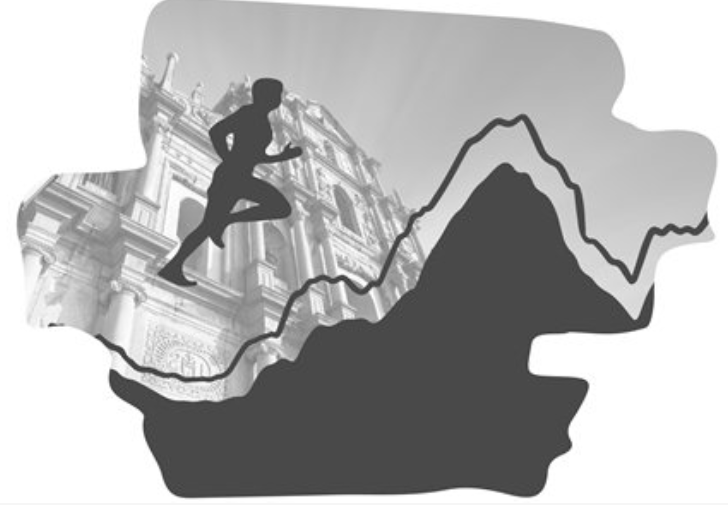 Pictured above: St. Paul’s cathedral façade in Macau. It is the territory’s iconic cultural attraction, seen by many of the 36 million tourists who visit each year. Expect a stock market to now be launched there, in direct competition to next door neighbor Hong Kong.

Chinese President Xi Jinping is going to Macau this week, to join the 20th anniversary celebrations for the territory’s return to the Motherland, after 450 years of Portuguese control (https://macaunews.mo/president-xi-jinping-to-arrive-on-december-18-government-sources-say/). He’s staying three days, which is unprecedented and a statement in itself. Macau’s history is much different than that of colonial Hong Kong, and you can feel the striking differences by visiting both. Mrs. Graça Pacheco Jorge did a great job of explaining this, in her written interview on China Rising Radio Sinoland. It is well worth reading (https://chinarising.puntopress.com/2019/05/22/graca-pacheco-jorge-magical-and-mysterious-macau-the-anti-hong-kong-china-rising-radio-sinoland-190522/). She explains why Macau’s reintegration into the Mainland China has been seamlessly successful.

During Xi’s visit, it is expected that the development of a Macau stock market will be officially approved (https://news.rthk.hk/rthk/en/component/k2/1497360-20191212.htm). They even sold a Macau bond this week, worth US$730 million, to make another statement (https://www.chinanews.com/ga/2019/12-13/9033268.shtml). While not big by world standards, the message is clear. This is a direct result and an oblique riposte to the West’s ongoing color revolution destruction of next-door Hong Kong (HK), something I have reported on extensively, since it began in 2014. This article/podcast gives a nice 10-point recap of the horrific events taking place there (https://chinarising.puntopress.com/2019/11/28/hong-kong-ensnared-in-the-wests-color-revolution-hot-box-the-latest-news-and-analysis-china-rising-radio-sinoland-191128/). Hong Kong is still a British colony in all but name. 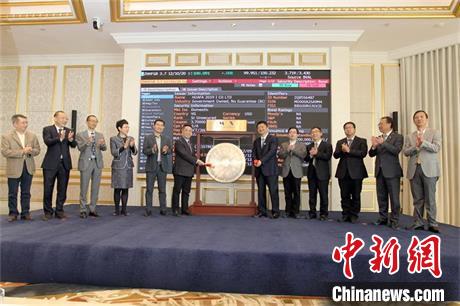 Pictured above: I think the Macanese are trying to give Xi Jinping a hint. Here they are with a mock stock market board and Wall-Street-esque gong, to welcome their first bond sold.

This is part of much bigger picture concerning Hong Kong’s precarity. For years, Baba Beijing has been holding Shenzhen’s and Guangzhou’s airports back, so as to not hurt Hong Kong’s economy, which is critically dependent on short-stay tourists. Every year, 60 million visitors pass through for a few days of eating, shopping and sightseeing. China has let Hong Kong keep air tickets cheap, relative to nearby mainland Shenzhen and Guangzhou, not to mention letting HK have many more and frequent regional and international destinations. Ticket prices and destinations are currently so competitive in Hong Kong, that huge numbers of people in Shenzhen and Guangzhou take the high-speed train and ferry there, to then fly around the world. My wife and I did it all the time, when we lived in Shenzhen for three years. Like all these millions of transiting Mainlanders, we would often stay 1-2 days coming and/or going, spending our money in the local economy.

If Baba Beijing gives the go-ahead to China’s airlines to compete with Hong Kong out of Shenzhen and Guangzhou, it would cripple Hong Kong’s economy. That hasn’t happened yet, but clearly China giving Macau the green light to open a NASDAQ-style stock market is a harbinger to Western color revolution destroyed HK, since the latter has historical bragging rights as Asia’s “Wall Street”. Baba Beijing has been keeping Macau’s stock market dreams on the back burner for 20 years. The fact that it is being given the go ahead now is no coincidence (http://www.globaltimes.cn/content/1166751.shtml and http://www.globaltimes.cn/content/1166969.shtml).